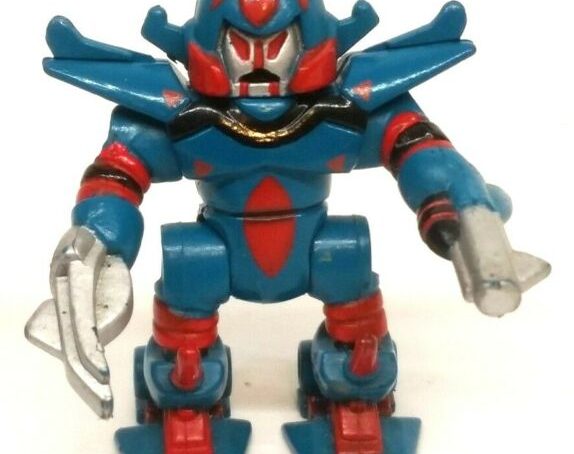 In July 2017, I sat in a closed-door meeting coordinated by the State Department and the National Academies of Science, Engineering and Medicine. In the room were research scientists, government officials and policy wonks with PhDs in the hard sciences.

Our task that day was to talk about the future of Crispr-Cas9. Back then, the public was not yet aware of this powerful genetic editing tool, but today you probably know it as the set of “molecular scissors” that use biological processes to cut and paste genetic information.

Crispr might be new, but the key points of our conversation were hardly original. We focused on the scientists’ concerns – regulatory uncertainties, access to research funding, intellectual property ownership – and on the government officials’ concerns—national security and public backlash to engineered “designer babies.”

The same conversation happened in 1991 when the first gene therapy trials started on humans, and again in 1996 with the birth of Dolly, a cloned sheep. A few years later, in 2003, the sequencing of the first human genome raised the same concerns.

Crispr routinely makes headlines. To the degree that people are even aware that life can be edited, it’s this technique they tend to reference. But Crispr, while powerful, is problematic: Scientists can’t directly see the changes they’re making to a molecule.

What if I told you that soon we’ll have not only read and edit access to genetic material, but write access too? Meaning that, in the not – too – distant future, we will program living, biological structures as though they are tiny computers.

A new field of science called “synthetic biology” aims to do just this by digitising genetic manipulation. Sequences are loaded into software tools—like a word processor, but for DNA code—and are eventually printed using something akin to a 3D printer. Rather than editing genetic material in or out of DNA, synthetic biology gives scientists the ability to write entirely new organisms that have never existed. Imagine a synthetic biology app store, where you could download and add new capabilities into any cell, microbe, plant or animal. If that sounds implausible, consider this: Last year, UK researchers synthesised the world’s first living organism – E. coli – that contained DNA created by humans rather than nature.

Earlier this year, a group of researchers started with a cluster of stem cells from an African clawed frog as a base, and then used a supercomputer, a virtual environment, and evolutionary algorithms to create 100 generations of prototypes to build. The result was a tiny blob of programmable tissue called a xenobot. These living robots can undulate, swim and walk. They work collaboratively and can even self-heal. They are tiny enough to be injected into human bodies, travel around and – maybe someday – deliver targeted medicines.

These little blobs are an example of write – access to life – a relatively new field of science. This umbrella term refers to the many different areas of research, tools and systems aiming to remix, redesign and optimise the living world. And the types of conversations we are having today about artificial intelligence – misplaced fear and optimism, irrational excitement about market potential, statements of wilful ignorance made by our elected officials – will mirror the conversations we will soon be having about synthetic biology.

The amount of attention and resources being paid to synthetic biology has only grown in the face of the pandemic, making it more likely that this research will impact our health in the near future. The field is receiving increased investment because of the novel coronavirus. As a result, it is already accelerating breakthroughs in mRNA vaccines, home diagnostic testing and big libraries of novel antiviral drugs. A synthetic biology startup named Berkeley Lights, for instance, recently built hardware to collect a sample of blood from a patient who had recovered from Covid-19.

It separates out the bad cells from the helpful and lets scientists incubate them to see whether they make the sort of antibodies that will neutralise the coronavirus.

If the process works, researchers will be able to sequence the immune cell, send the code to a synthetic DNA company to print the physical DNA, and then inject the new DNA into the right cells, programming the cells to make as many antibodies as a patient needs.

Understandably, viruses have gotten a bad reputation in the past year. But from a biomechanical perspective, they’re just little containers that inject code, like the thumb drive you stick into your computer to transfer files between devices.

In the next decade, we will create viruses to fight off diseases. Researchers have already engineered viruses to kill cancer cells and improve the body’s natural immune response against tumours.

What’s more, if the source code for humanity is stored in our DNA, scientists think it might be possible to observe all of the chemical changes that happen to our cells over our lifetimes. Through this work, researchers are tinkering with a sort of biological Time Machine, Apple’s automated backup system. If you have backups of your previous cellular data, then you could revert back to a previous version. And when that happens, we’ll start to view old age as a treatable pathology rather than an inevitability.

But what happens if humans start living ultralong life spans? Our governing structures, public welfare systems and workplaces were not designed for people who live 120 years or longer. Neither are our beliefs and social contracts. Someone engineered to live an ultralong life span would make financial, relationship, and professional decisions differently than they do today.

If Covid-19 has shown us anything, it is that not everyone has equal access to the latest and greatest health technologies. We should assume that when synthetic improvements do arrive, it will be no different. If people who both trust the science and can afford to modify themselves are spritely and productive well into their nineties, a workforce imbalance would result – at precisely the wrong time. Two decades from now, more automated systems will obviate many people out of jobs, creating a strange new unemployment reality.

Meanwhile, tenured faculty at universities, small family businesses, and other jobs—say, a Supreme Court justice—that come with lifetime appointments could plausibly stay in their jobs for 50 years or more. These scenarios aren’t speculative, they’re strategic. And they’re not limited to human longevity. Synthetic biology will lead to sweeping changes in agriculture, manufacturing, the food and beverage business, and even space travel.

Synthetic biology promises to improve human existence, but if we don’t have a plan, public confusion will grow to untenable levels. Our governing structures were created in an era before artificial intelligence, globalisation, and synthetic biology.

Within the next decade, we will need to make important decisions: whether to programme novel viruses to fight diseases, what genetic privacy will look like, who will “own” living organisms, how companies should earn revenue from engineered cells and how to contain a synthetic organism in a lab.

This summer, as scientists around the world raced to find a vaccine for the coronavirus, it became clear how uncoordinated the field of biology and medicine is. Not just within local cities and states, but in most countries.

The promise of synthetic biology offers us the chance to not just to redesign life but to redesign the policy, funding models, business ecosystem, and equitable access that goes along with it. But biology is advancing fast, and our societal structures must keep pace with the rate of change.

Soon, how we reproduce, repair ourselves, prevent disease, grow the food we need, manage our energy sources, handle climate change, and even how we define and create beauty will be the result of intentional choice, not chance.

But the ability to recode cells, d -extinct species, and create new life forms will come with ethical, philosophical, and political challenges. It would be a tragedy to stop a revolutionary technology from seeing its full potential because we failed to plan and have difficult conversations in advance.