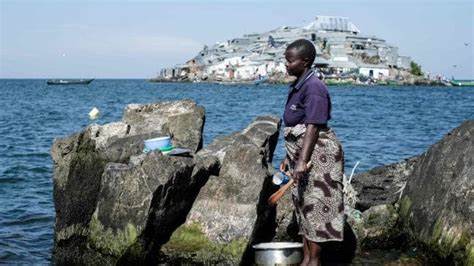 Fishermen in western Kenya county of Migori have petitioned Kenya and Uganda to agree on how to settle a protracted marine resources dispute over fishing boundaries.

Lake Victoria, the second largest freshwater lake in the world is a source of livelihood for more than 10 million people in Kenya, Tanzania, Uganda and Rwanda but rivalry between businessmen from the four countries sometimes sucks in their governments.

Over the past decades, scores of Kenyan fishermen have been arrested and detained in Uganda and their fishing gear confiscated. Allegations of Ugandan forces extorting hefty bribes from the fishermen are common too.

Among other things, the fishermen want the two governments to focus on reinforcing broader efforts on efficient and sustainable use of Lake Victoria resources and the Nile waters by riparian states that include Ethiopia, Rwanda, Burundi, Tanzania, Sudan and Egypt.

While Kenya and Uganda have had a series of confrontations over fishing in Lake Victoria, Lake Victoria and River Nile riparian states are bound by a 1959 Agreement that spells out how to access and the Nile waters.

Speaking recently in Migori town after the release of fishermen who had been arrested by Uganda soldiers were released, the fishermen said it was wrong for the treaty to favour Egypt as the sole country to use the Nile waters for irrigation. They say it was high time the agreement was revised to allow riparian states more use of the water too.

Led by Mr Joseph Owiti, the chairman of Olasi beach, the fishermen want the Kenya and Uganda governments to up joint security efforts on the lake to root out piracy.

“There are criminals taking advantage of the sour relations between Kenya and Uganda over the boundaries to rob innocent fishermen of their catches and gears worth billions of shillings annually,” said Mr Owiti.

It has emerged that for some time now, high level inter-governmental talks on fishing rights have been going on between Nairobi and Kampala, leading to the two governments to prevail on their citizens to cease hostilities.

The two nations have been holding joint meetings where resolutions were made in a communiqué that are yet to be implemented fully to bring harmony and peace among all stakeholders of the lake in the two countries.

Whereas Kenyan fishermen blame their Ugandan counterparts who are led by the military who harass and confiscate their fishing equipment, the Ugandans dismiss the claims, and blame their accusers of invading their fishing waters.

The fishermen called for the harmonisation of laws and concerted efforts among the Great Lakes States to curb piracy, improve security and halt the depletion of marine resources

They urged that regular consultative meetings be held among Government officers of bordering countries.

“It is regrettable that little progress has been achieved in resolving key issues affecting the lake population because they are not fully involved,” says Owiti.

He explains that the two nations have had much talking with little impact, adding that their officers must consider involving the citizens in every move they make to change the mindsets of the protagonists and their sympathisers.

But Migori County Commissioner Joseph Rotich has said the positive bilateral talks that have been ongoing for long between the two nations would soon bare fruits.

“We are also making efforts to bring on board our neighbouring Country, Tanzania, so that the region’s problems regarding the Lake can be handled jointly by for the benefit of the population in the East African nations,” Rotich said during a recent meeting to prepare for a joint delegates conference in Migori County.