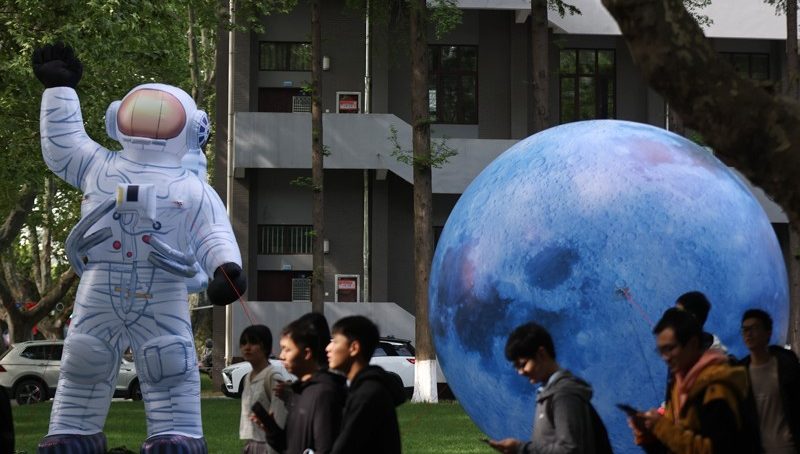 Very few countries in the world keep detailed records on numbers of university lab accidents. But in many countries, deaths seem to be rare, except in China.

In the United States, for example, the Chemical Safety and Hazard Investigation Board listed only one fatality related to a chemical incident at a university between 2001 and mid-2018. According to the Laboratory Safety Institute, which maintains an informal online memorial wall for researchers killed in labs, Germany and France each had one fatality from a lab incident over the same period, and the United Kingdom had none.

However, China has far more students than many other countries, so it’s difficult to say whether it has a larger number of lab-related deaths per capita, and researchers note that lab safety is an issue in many countries.

Some also question the idea that incidents are becoming more frequent in China, and argue that serious accidents were probably happening 15-20 years ago as well, but they just weren’t reported publicly before the rise of the Internet and social media.

Still other researchers in China who spoke to Nature say that some universities don’t place enough emphasis on lab experience and training for students, and some senior staff may even not have had enough safety training. Some institutions “don’t produce students with basic practical skills required to work in any research lab with hazards”, says one experimental physicist in China, who didn’t want to be named.

Yang Guang-Fu, a chemist who studies pesticides at Central China Normal University in Wuhan, agrees that there is a severe shortage of staff with safety expertise, that rules are poorly enforced and that the administrations of some Chinese universities don’t attach enough importance to safety.

Jason Chruma, an organic chemist at the University of Virginia in Charlottesville, who was a professor and then an assistant dean at Sichuan University in Chengdu from 2012 to 2020, says that some government safety regulations are not clear, are interpreted differently from place to place and are difficult for the government to enforce.

Although he can’t comment on current practices, Chruma says that during his time at Sichuan University he sometimes saw safety issues at first hand, such as students conducting chemical reactions in hallways because there weren’t enough fume hoods in busy labs.

Sichuan University didn’t respond to Nature’s questions regarding the safety of its laboratories.

According to the November study, the 2018 explosion at Beijing Jiaotong University, which led to the deaths of three students and destroyed an entire laboratory, was caused by the ignition of 66 kilogrammes of improperly stored magnesium dust. The authors report that this was the first university lab accident in China for which a detailed investigation was conducted and the results were reported on a government website.

Some researchers are optimistic that the safety situation is improving, as it has in many countries in recent decades.

“Compared with 20 years ago, lab safety in China has definitely made significant progress,” says Samuel Yu, director of the Health, Safety and Environment Office at the Hong Kong University of Science and Technology. He says big improvements include the addition of safety features such as fume cupboards and emergency showers. This “is most obvious in the leading universities”, he says.

Denis Simon, who was executive vice-chancellor of Duke Kunshan University in Jiangsu province from 2015 to 2020, agrees that “this is a country that has come a tremendously long way in improving the protocols”.

But he says that China needs more specialists with a career focus on lab safety, and that grant awards should require certification of lab safety protocols for funded projects.

However, Yu doubts there is a simple solution to the problem in China. “The fatal lab accidents that we are aware of usually have multiple faults adding up to the tragic outcome, so I don’t think there is a single magic bullet,” he says.

The concerns over university teaching labs in China follow a debate over whether the Covid-19 pandemic might have started in a lab in China. But Gigi Gronvall, a biosecurity specialist at the Bloomberg School of Public Health at Johns Hopkins University in Baltimore, Maryland, who has visited labs in China, says that there is no reason to think that the problems flagged in student chemistry labs in China reveal anything about the biological-research labs that handle dangerous pathogens.

“I wouldn’t necessarily assume that those same problems are occurring with biological organisms,” she says. Even the kind of non-teaching biological-research labs that do quite advanced experiments don’t use dangerous pathogenic organisms, which typically require extensive safety training and follow more stringent safety standards.