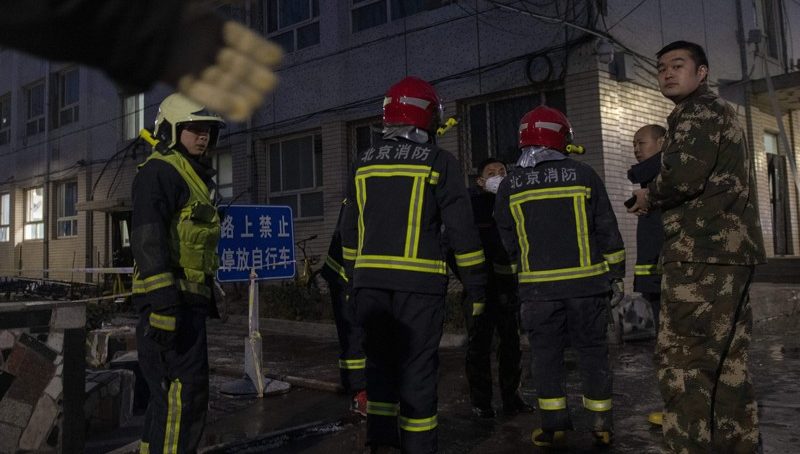 Deaths caused by university lab blasts have some scientists in China concerned about a lack of oversight and standardised safety protocols, especially in teaching labs.

The deaths of two people following a laboratory explosion at a Chinese university in October have raised alarm among researchers. The full circumstances that led to the deaths at the Nanjing University of Aeronautics and Astronautics (NUAA), in Jiangsu province, are not yet known, but they come amid wider concerns about safety in university teaching labs in China.

The deaths are the latest in a series of fatalities caused by explosions in academic laboratories in China, often involving students in chemistry departments, that have been reported in recent years. Some researchers are optimistic that the situation is improving. But others say China’s government needs to do more to improve safety.

In the recent incident, nine people were injured and two died as a result of an explosion just before 4pm in the NUAA’s College of Materials Science and Technology, according to an October 24 post by the university on the social-media network Weibo. The NUAA said this week that an investigation was ongoing, but declined to answer Nature’s questions regarding the safety of its laboratories.

Earlier last year, on March 31, a graduate student was killed following an explosion at the Institute of Chemistry of the Chinese Academy of Sciences in Beijing. Previous lab blasts led to deaths of three students conducting a sewage-treatment experiment at Beijing Jiaotong University in December 2018; one death in the chemistry department at Tsinghua University in Beijing in December 2015; and one death in a chemistry lab at the China University of Mining and Technology in Xuzhou in April 2015.

It’s not possible to say what was the cause of any individual explosion and death without a full investigation report, none of which have been made public except for the incident at Beijing Jiaotong University. Some may not have been caused by negligence or lack of safety procedures.

But a study that focused on safety in graduate and undergraduate teaching labs, and was published online last month, claims that “the past two decades have seen a rise in university laboratory accidents in China”.

Led by researchers at the China University of Petroleum in Qingdao, the team looked at 110 publicly reported lab accidents in China between 2000 and 2018, finding that they had led to 102 injuries and 10 fatalities. But researchers think that the true number of accidents is likely to be significantly under-reported, because it’s likely some incidents are never made public.

The authors of the study note that the number of graduate students enrolled in laboratory-related disciplines in China ballooned from 90,000 in 2000 to about 5.3 million in 2019 — and the number of labs grew along with them, which they say may be part of the reason accidents have increased in number.

Saad Javed, a systems scientist at Nanjing University of Information Science and Technology who has studied and worked at the NUAA, worries that little has been learnt from the string of accidents at Chinese universities, and that more needs to be done to improve university governance to prevent future incidents.

Nature asked the Chinese Academy of Sciences, Beijing Jiaotong University, Tsinghua University and the China University of Mining and Technology if problems with safety may have been linked to the incidents at their institutions and whether there is a wider problem with safety in university labs in China, but all either declined to answer or did not respond.