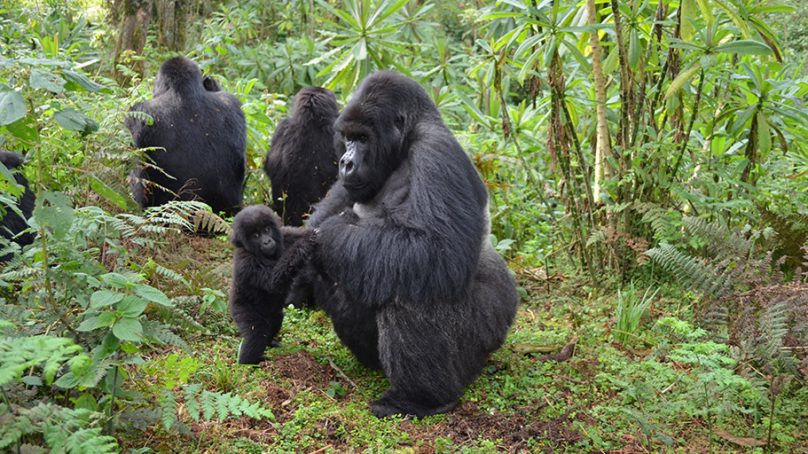 Lee Gettler is hard to get on the phone, for the very ordinary reason that he’s busy caring for his two young children. Among mammals, though, that makes him extraordinary.

“Human fathers engage in really costly forms of care,” says Gettler, an anthropologist at the University of Notre Dame. In that way, humans stand out from almost all other mammals. Fathers, and parents in general, are Gettler’s field of study. He and others have found that the role of dads varies widely between cultures – and that some other animal dads may give helpful glimpses of our evolutionary past.

Many mysteries remain, though, about how human fathers evolved their peculiar, highly invested role, including the hormonal changes that accompany fatherhood (see sidebar). A deeper understanding of where dads came from, and why fatherhood matters for both fathers and children, could benefit families of all kinds.

“If you look at other mammalian species, fathers tend to do nothing but provide sperm,” says Rebecca Sear, an evolutionary demographer and anthropologist at the London School of Hygiene and Tropical Medicine. Moms carry the burden in most other animals that care for their kids, too. (Fish are an exception – most don’t tend their young at all, but the caring parents are usually dads. And bird couples are famous for co-parenting.)

Even among the other apes, our closest relatives, most dads don’t do much. That means moms are stuck with all the work and need to space out their babies to make sure they can care for them. Wild chimps give birth every four to six years, for example; orangutans wait as long as six to eight years between young.

The ancestors of humans, though, committed to a different strategy. Mothers got help from their community and their kin, including fathers. This freed them up enough to have more babies, closer together – about every three years, on average, in today’s nonindustrial societies. That strategy “is part of the evolutionary success story of humans,” Gettler says.

New fathers show reduced testosterone, which may help them be more nurturing to their newborn children. Scientists sampled testosterone levels of more than 450 men in the Philippines in 2005 and again in 2009. All the men showed a slight decrease in testosterone levels in the morning, which is to be expected as they age. Men with new-born infants showed a much greater drop, however. Their testosterone returned to expected levels as their children grew up.

Testosterone is linked to mating and competitive behaviour in male animals. Suppressing it might be nature’s way of preparing fathers to cooperate with their partners and care for children, the researchers say. Although caring fathers are rare among mammals and most other animals, many can be found among birds – and those bird fathers also experience testosterone dips.

Prolactin is another hormone linked to paternal behaviour in birds – this time, doting bird dads have more of it – and some studies have hinted at a similar effect in humans. Although we’re only distantly related to birds, evolution may have used the same mechanisms to encourage fatherly behaviour in both animals. Understanding those mechanisms better might help us learn how fatherhood evolved.

“If we understand the physiological pathways that underpin care in those other species, we can look to see if the same signatures occur in human fathers,” Gettler says.

Some clues about the origin of doting fatherhood come from our close primate relatives. Stacy Rosenbaum, a biological anthropologist at the University of Michigan, studies wild mountain gorillas in Rwanda. These gorillas provide intriguing hints about the origins of ape dads, as Gettler and co-authors Rosenbaum and Adam Boyette argue in the 2020 Annual Review of Anthropology.

Mountain gorillas are a type of eastern gorilla. They differ from western gorillas — a separate species, more often seen in zoos — in their habitat and diet. Rosenbaum is more interested in another thing that sets mountain gorillas apart: “Kids spend a tonne of time around males,” she says.

Mountain gorilla males often tolerate, and even encourage, both related and unrelated young ones to hang around with them.

Those males may or may not be their dads. Male mountain gorillas don’t seem to know or care which young are theirs. But nearly all males tolerate the company of kids. Unlike any other great ape that’s been studied in the wild, these males – bruisers twice the size of females, with huge muscles and teeth – are essentially babysitters. Some pick up the kids, play with them and even sleep cuddled together.

This male company can protect very young gorillas against predators, and it keeps the young from being killed by intruding males. Another important benefit might be social, Rosenbaum speculates. The young gorillas mingling around an adult male might pick up social skills like human toddlers do from their peers at day-care. Additionally, research has shown that the relationships between young gorillas and adult males persist as those kids grow up.

Another tantalising hint about how male gorillas benefit the young in their group comes from a recent paper on young mountain gorillas whose mothers died. Losing their mothers didn’t make these orphans more likely to die themselves, the researchers found. Nor did they experience other costs, such as a longer wait before having their own young. The orphans’ relationships with others in their group, especially dominant males, seemed to protect them from ill effects.

Mountain gorilla males aren’t the only primates to ally with kids. Adult male macaques also spend time with young. And baboon males form “friendships” with females and their young, which are often (but not always) their own offspring. These behaviours cost the male primates almost nothing. So while the males may give their own kids a survival boost, it’s not a big deal if they spend time with some unrelated kids too.

But babysitting may benefit male gorillas in another way, too: by making them more attractive. “One of our speculations is that females actually prefer mating with males who do a lot of interacting with kids,” Rosenbaum says. She’s found that male gorillas who do more babysitting earlier in life go on to father many more children when they’re older. Macaques, too, seem to be more attractive to females if they’ve spent more time hanging out with kids.