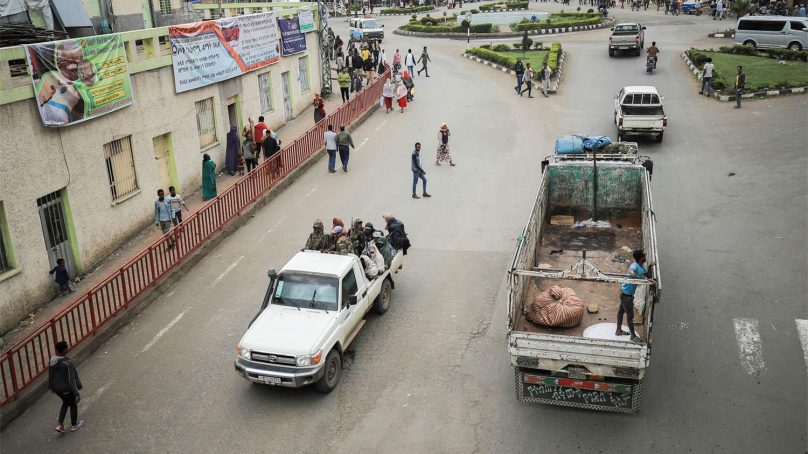 Ethiopian security officials are conducting a massive operation across the country that has led to the arrests of more than 4,500 people in one region alone.

The crackdown on journalists, activists and others, dubbed a “law enforcement operation,” came into effect after the administration of Prime Minister Abiy Ahmed on May 20 cited the need to “protect citizens and ensure the survival of the nation.”

On Monday morning, security officials in the northwestern Amhara region announced the arrests of more than 4,500 people. Desalegn Tassew, head of peace and security in the region, told state media outlets the arrests were made “to uphold law and order, deal with criminal activities and get rid of outside enemies.”

Rights groups are expressing alarm. Tigist Shumye, a sister of prominent Ethiopian journalist Solomon Shumye, told reporters he was arrested at his home by people in civilian clothing on May 20. “They were not willing to tell us who they were. They even detained me for two hours, just because I am a sister to a journalist,” she said.

Some political parties and media outlets in the country have been accusing Ethiopia’s government of conducting “abductions,” a practice that some activists call a new tactic. Some Amhara activists claim that the Fano armed group that has been implicated in atrocities in the country’s Tigray war is also targeted.

Some journalists are leaving the country amid threats and intimidation by the government and non-state actors, both online and offline. Recently, Ethiopian officials revoked the license of a journalist accredited to work for The Economist.

Earlier in May, the Ethiopian Mass Media Professionals Association called on the government to end the imprisonment of journalists, citing an increasing trend in arbitrary arrests. “Government security forces’ endless assault against the media … might traumatise the industry for the time being, but eventually such practice will cost the government itself,” it said in a statement.

Ethiopia’s deadly war has subsided in recent months after the government announced a humanitarian truce and Tigray forces accepted it. But killings, rights violations and mass arrests are being reported in several parts of the country, notably in the Oromia and Amhara regions.

On May 20, the US State Department announced that its delegation on Atrocity Prevention and Response will travel to The Hague from May 22 to 25 to “hold high-level talks with allies and partners regarding our responses to atrocities committed in Ukraine, Burma, Ethiopia and other locations experiencing violence.” Arsenal plans to rearm for next season in thrown into confusion by contracts standoff, returning ‘exiles’