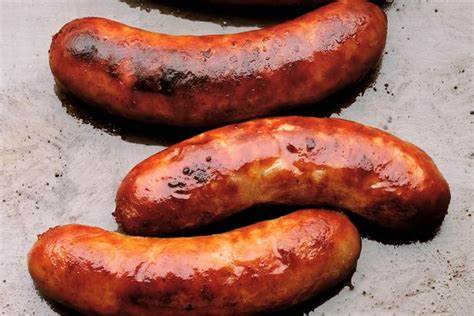 Companies that hope to bring genetically engineered pigs to the mass market may have to demonstrate similar levels of molecular characterisation to Revivicor’s, but the environmental impact assessments will undoubtedly be more onerous – and those stewardship requirements are “still being designed as we’re going.”

According to Elena Rice, Community Support Officer of Genus, a company that has used CRISPRgene-editing to make pigs resistant to infection with the virus responsible for porcine reproductive and respiratory syndrome, the move will be a costly scourge to the swine industry.

Revivicor is a subsidiary of United Therapeutics research company that is still angling to transplant pig kidneys and hearts into human patients – just not with GalSafe-derived organs.

That regulatory ambiguity is a problem for the entire livestock biotechnology sector, says Alison Van Eenennaam, an animal geneticist at the University of California, Davis.

“The lack of regulatory certainty and the cost [of research and development] has basically dried up all investment in this field,” Rice says. Unlike with CRISPR-edited crops, which typically face little to no scrutiny from federal agencies in the United States, with gene-edited animals “the system is set up as if you’re dealing with kryptonite,” Van Eenennaam says.

Building on the foundation of an α-Gal-lacking pig, xenotransplantation researchers have eliminated more pig-specific antigens that were contributing to interspecies incompatibilities. Disrupting two genes in particular – cytidine monophospho-N-acetylneuraminic acid hydroxylase (CMAH) and β-1,4-N-acetylgalactosaminyltransferase 2 (B4GALNT2) – proved critical to that effort.

“This suggests that organs from TKO animals will be far less prone to antibody-dependent mediated rejection when transplanted into humans,” says Agnes Azimzadeh, president of the International Xenotransplantation Association and a researcher at the Massachusetts General Hospital’s Center for Transplantation Sciences in Boston.

That TKO construct, she adds, is now the “backbone of any pig” intended for use as an organ donor.

On top of that backbone, some teams have also inserted human genes involved in tempering immune responses to the transplant. These include genes encoding components of the complement activation pathway (CD46, CD55 and CD59), regulators of platelet coagulation (thrombomodulin, tissue factor pathway inhibitor and endothelial protein C receptor) and others with immune-quelling effects such as heme oxygenase-1 and CD47.

Last year, for example, scientists at Qihan Biotech and eGenesis – affiliated companies both founded by Church and Yang – described pigs carrying the triple knockout plus nine of these human transgenes.

Revivicor, meanwhile, has engineered pigs with six human transgenes plus a fourth knockout in the porcine growth hormone receptor gene, a change designed to prevent organs slated for transplantation from getting too large in the donor pigs. The resulting ‘ten-gene’ pigs will form the basis of the company’s pending clinical applications, Ayares says.

Some scientists, though, say that the Revivicor and Qihan/eGenesis pigs are over-engineered. Christopher Burlak, for one, worries about whether the companies can achieve consistent transgene expression in porcine organs from one transplant to the next. “The more complicated the genetic engineering of these pigs is, the more difficult it is to produce animals reliably,” says Burlak, a xenotransplantation researcher at the University of Minnesota in Minneapolis.

And as Joseph Tector, an abdominal transplant surgeon at the University of Miami Miller School of Medicine, points out, cross-species transplants typically fail because of antibody-mediated rejection. “Other issues like coagulation regulation and complement regulation – those are all downstream effects of the antibodies binding to the cell,” he says.

At his company, Makana Therapeutics, a subsidiary of Recombinetics, Tector is thus moving ahead with basic TKO pigs, no transgenes involved. As with human-to-human allotransplants, he thinks that cross-match methods and human leukocyte antigen (HLA) typing should be sufficient to allow successful xenotransplants from TKO pigs.

Fios Therapeutics is similarly working with TKO pigs, but with one key difference: in addition to the triple knockout, the company has incorporated a transgene encoding human CD46, a critical regulator of the complement system that contributes to both innate and adaptive immune responses after organ transplantation. “You have to control complement early on to avoid hyperacute rejection,” says company founder and CEO Christopher McGregor, a cardiac surgeon at the University of Minnesota and University College London.

Others hope to achieve the same immune-dampening effects pharmacologically – although, as surgeon – scientist David Cooper, who co-directs the University of Alabama at Birmingham’s xenotransplantation program, points out: “The standard immunosuppressive drugs are just not up to the task.”

Cooper anticipates that newer, experimental therapies directed at the costimulatory protein CD40 or its ligand, CD154, will allow longer survival of xenografts. However, clotting complications have plagued the drug class for decades, and as yet only one experimental agent directed at the CD40 axis has ever progressed past Phase Two development (dapirolizumab pegol, a humanised anti-CD154 IgG1 Fab′ fragment from Brussels, Belgium-based UCB Biopharma in phase three testing for treating lupus).

Despite the many outstanding scientific uncertainties, Ricardo Carvajal, an expert in food law and biotechnology at Hyman, Phelps & McNamara in Washington DC, sees a willing partner in the FDA’s Center for Veterinary Medicine to move the field forward.

Consider the center’s Plant and Animal Biotechnology Innovation Action Plan, unveiled in 2018. It includes a pilot project similar to the breakthrough designation for drugs – the Veterinary Innovation Program – that offers extensive hand-holding by FDA experts for sponsors seeking approval of animal cell-based or biotech products.

In Carvajal’s opinion, “That’s one way of saying to industry, ‘We hear you. We think this technology has a lot of value to it. We want to try to help you navigate this review and approval process.’”

That’s an important message for xenotransplantation veterans like Cooper, who first identified α-Gal as the major target of the human immune system’s response against pig tissue in the early 1990s and has collaborated with the Revivicor team on pig-to-primate studies for more than 15 years.

“We shouldn’t wait for the perfect pig before we start clinical trials,” he says. Once researchers identify the right immunosuppressive drug regimens, build the appropriate pathogen-free facilities and design suitable genetically engineered pigs, human testing should follow. “We’re getting close to all of those,” Cooper says, and the GalSafe approval provides a blueprint to navigate the regulatory thicket.

“PERV (removing porcine endogenous retroviruses) is considered to be low risk and a more pressing concern is regarding unknown or emerging pathogens.”

Outside of the xenotransplantation community, however, the approval is likely to have far less of an impact on the animal biotechnology sector writ large. Under the terms of the FDA’s go-ahead, the Revivicor pigs are limited to one enclosed facility, one herd of no more than 1,000 animals and one abattoir for meat processing – a drop in the industry’s bucket considering there are an estimated 66,000 US swine producers churning out more than 72 million pigs every year.