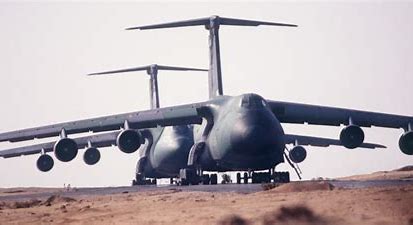 The US has announced new plans to for a “persistent presence” in Somalia of up to “around 450” US soldiers, just over two years after former President Donald Trump ordered a withdrawal of 700 military personnel from the war-ravaged nation.

The decision by President Joe Biden will reverse an earlier a decision taken by Trump in December 2020 to pull out American troops.

US is said to have been encouraged by the election two weeks ago of Hassan Sheikh Mohamud, who he describes as being very receptive to the move, after he referred to the US as “a reliable partner in our quest to (sic) stability and fight against terrorism.”

According to security policy expert Paul D. Williams, “Several factors probably prompted the Biden administration’s decision. First, in my view, this isn’t a change of policy; it’s about logistics. US troops will continue to perform the same tasks as before. But they will once again be based in Somalia rather than outside the country, which required them to ‘commute’ to work. Commuting was far from ideal.”

Prof Williams says the security situation in Somalia is deteriorating with al-Shabaab getting the leeway to increase attacks against civilians as well as Somali, African Union and other forces.”

After the US withdrawal of US troops, Williams says, “it is estimated that al-Shabaab attacks surged by 17 per cent in 2021 compared to the previous year, including a 32 per cent increase in battles against other security forces.”

The third reason why the US wants to deploy troops in Somalia is informed by a policy review by the Biden administration which has concluded that stationing troops inside Somalia is more sensible than having them continue operating from neighbouring Kenya.

“The new Somali president, Hassan Sheikh Mohamud, is very receptive to the move, calling the US ‘a reliable partner in our quest to (sic) stability and fight against terrorism.’ A senior adviser to the new president agreed, saying Trump’s decision to withdraw was ‘a wrong’ and ‘hasty decision’ which ‘disrupted counterterrorism operations.”

Williams explained in an interview with Defenceweb – an online security and diplomacy newspaper – that the US policy towards Somalia had not changed as it is still anchored by military as well as political, economic and humanitarian dimensions.

“The overall goal is to stabilise the country, contain and weaken al-Shabaab, and build an effective set of state institutions. The military is often the most visible form of assistance but it should support Washington’s overall political objectives,” Paul D. Williams, a professor of international affairs at George Washington University, explains.

The military tasks include supporting some of the African Union’s troops in the new Transition Mission (ATMIS); training and advising elements of the Somali security forces. The tasks also include support the Somali National Army’s Danab advanced infantry brigade and participates in joint operations with those forces.

With the consent of the Somali government, the arrangement also permits the US military to engage in unilateral strikes.

“The longer-term project is for the US troops to help build an effective set of security services in Somalia. This includes the necessary infrastructure and institutional architecture to make those forces sustainable. It remains to be seen how much emphasis US troops will put on kinetic operations compared to security sector reform,” he says.

The decision is also informed fragile security in the Horn of Africa nation hat has been the theatre of civil conflict since November 1, 1991 after the ouster strongman Siad Barre.

In the eyes of the Washington and other international partners that have been trying to pacify Somalia, Al-Shabaab is a symptom of the lack of consensus about governing Somalia.

The terror group has proved a deadly and resilient opponent for over 15 years with the ability to generate the resources, fighters and administrative systems to carry out a persistently high tempo of attacks.

At an operational level al-Shabaab remains the biggest challenge facing US troops. According to the Biden administration’s assessment, al-Shabaab has “unfortunately only grown stronger” since Trump’s December 2020 decision to withdraw.

A White House official is quoted as saying that al-Shabaab “has increased the tempo of its attacks, including against US personnel” and that its “upward battlefield and financial trajectory” has the potential “to generate more space for the group to plan and ultimately to execute external attacks.”

During the interview the security expert explained that at the strategic level, the challenge for US policymakers is to use the military in a way that increases the likelihood of the war being brought to an end.

“In my view, a military defeat of al-Shabaab is highly unlikely. US policymakers should therefore support a negotiated settlement to end the war,” he points out.

The goals of the US military in Somalia are to help contain and degrade al-Shabaab forces, strengthen Somali security forces, while simultaneously supporting the African Union mission.

Williams adds that at the operational level, success would entail fewer and less deadly al-Shabaab attacks against civilians and Somali, AU and other forces.

“This would include fewer large attacks on Somali and AU military bases, and a significant reduction in casualties caused by al-Shabaab. As well as large scale attacks on military bases, the terror group often uses improvised explosives, assassinations, and suicidal attacks by small units of commandos,” he says.

At the political and strategic levels, however, success will entail ending the war against al-Shabaab. Since the military defeat of the militants seems highly unlikely, progress would involve encouraging reconciliation between Somalia’s elites.

“This should include starting a political dialogue with al-Shabaab about how to negotiate an end to the war. However, Al-Shabaab’s current leadership has shown few signs of being willing to engage in such a dialogue. Indeed, the last time al-Shabaab’s leaders discussed the possibility of negotiating an end to the war was 2018. Even then, their spokesperson described negotiations as a tool for ‘fragmenting the mujahideen.’”