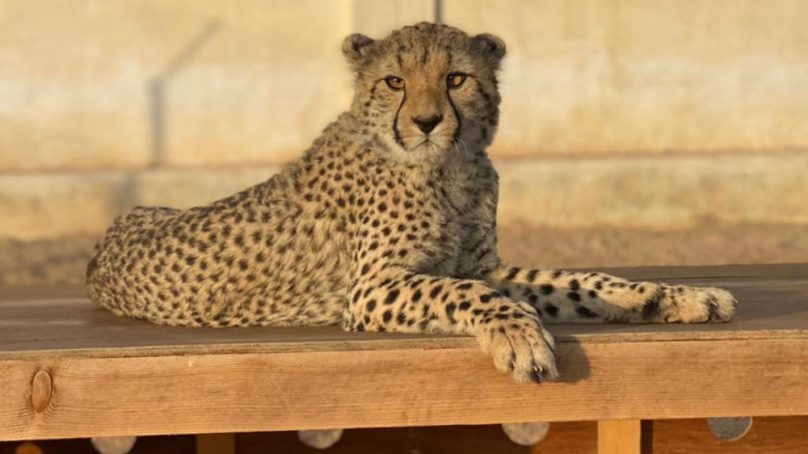 Cheetah Conservation Fund (CCF) has warned that the cheetah population in the Horn of Africa is hurtling towards extinction as demand for the big cats rises in the Middle East and human-wildlife conflict escalate in source countries in Eastern Africa.

Data tallied by CCF show that 300 cheetah cubs were poached every year from the landscape in the Horn of Africa each year between 2010 and 2020. The figure translates to at least 3,000 cubs over the same period. The wildlife is sold mainly to the Middle East as ornamental domestic animals.

According to the research, Somalia’s quasi-autonomous Somaliland state the conduit for the illegal trafficking in wildlife, hence the ongoing push to nip it in the bud.

Consequently, CCF is teaming up with International Fund for Animal Welfare (IFAW) and Legal Atlas to disrupt the poaching and trafficking of cheetahs form the Horn of Africa and Middle East-North Africa regions through a project known by its acronym, LICIT – Legal Intelligence/Cheetah Illicit Trade.

Cheetah cubs in the Horn of Africa are often taken from the landscape by rural farmers in retaliation to livestock predation blamed on cheetah mothers. Sometimes cubs are sold as compensation for lost goats and sheep, while other times they are held in captivity for extended periods by community members seeking to protect their livestock from predation.

Many are stolen by professional traffickers to supply illegal pet markets on the Arabian Peninsula, researchers say.

In a statement, CCF has confirmed the partnership. The statement says, “From September 19 to 23, IFAW, Legal Atlas and CCF will conduct a five-day training course in Hargeisa for representatives of the Somaliland government involved in law enforcement and the prosecution of wildlife crimes. With the ultimate aim of reducing poaching and illegal trade in cheetah cubs, the participants will increase their knowledge of Somaliland environmental and wildlife conservation laws, how to properly handle confiscated cubs, and how to carry out efficient criminal investigations involving wildlife.”

The cost of the training is underwritten by the UK government through its Illegal Wildlife Trade Challenge Fund.

As a source and transit country with almost 800 kilometres of coastline facing Yemen, Somaliland has long been at the centre of the illegal cheetah cub trade.

“The work we are undertaking with LICIT to improve our laws and establish a national unit to conduct counter-trafficking activities is a major step forward in our decade-long fight against illegal wildlife trade here in Somaliland,” said Minister for Ministry of Environment and Rural Development Shukri H. Ismail. “After the arrest of Cabdiraxmaan Yusuf Mahdi, better known as Abdi Xayawaan (Abdi Animals) in October 2020, we have not intercepted any illegal cub shipments in Somaliland. We hope this lull becomes permanent.”

With fewer than 7,500 cheetahs left in the wild, this level of poaching is devastating to biodiversity and threatens the species in the Horn of Africa with local extinction within 10 years.

Last month, CCF and the ministry of environment announced a 10-month period without any confiscation or interception events involving cheetah cubs.  This ended on September 6 with the arrival of four young cubs at CCF’s Safe House facilities in Hargeisa. The baby cubs, estimated to be between 2.5 to 3.5-weeks-old, were removed from the landscape by villagers near Las Anod after accusing the mother cheetah of preying on the community’s goats.

“Fortunately, the village elders knew that taking the cubs was an illegal act. They contacted the MoERD Regional Coordinator for Sool and arranged for the cubs to be voluntarily surrendered. Though these happenings indicate that significant progress is being made in combating illegal trade and poaching, cheetahs are still Africa’s most endangered big cat, and they face an uncertain future,” IFAW’s latest report on wildlife poaching says.

The IFAW wildlife report adds, “Whatever the motivation, an estimated three out of four cubs poached in this region die within two years. Most deaths are caused by combinations of malnutrition, dehydration and disease or health conditions due to improperly formed immune systems, because cubs were removed from their mothers too early in life and did not receive sufficient ongoing care.”

Against this backdrop, Director of Wildlife Crime for IFAW Matt Morley explains, “We have been hosting Detecting Illegal Species Through Prevention Trainings (DISRUPT) across Africa and the Middle East for years, and with LICIT, we are sharing the programming we have developed through our work in these other jurisdictions.”

Similar position is taken by Legal Atlas Director James Wingard, who adds, “Consistent application of wildlife laws is one of LICIT’s goals. We have therefore compiled legal frameworks for each of the four jurisdictions. Doing so makes it easier to spot gaps in legislation. Then we can assist the respective governments in strengthening their laws by revising them or by creating new ones.”

The illegal trade in cheetahs is mainly driven by demand for exotic pets in the Middle East, but also by extreme poverty in source countries. Human-wildlife conflict makes coexistence with these predators difficult, and the impact of climate change on agriculture and livelihoods further exacerbates the situation.

“Even after we stop the illegal trade, our work in Somaliland and the Horn of Africa is just beginning,” said Dr Laurie Marker, Founder and Executive Director of CCF. “We are learning from confiscation events where wild cheetah populations may exist, and we are meeting the people who live with them. In these areas, the confluence of drought, famine, extreme poverty, lack of opportunity, lack of education, lack of awareness of the law, and conflict with farmers creates a complex web of issues that must be addressed to save the species. We are grateful for the LICIT project, which is enabling us to take giant strides forward in this fight.”

This national training in Somaliland will be followed by another training in November for representatives from the governments of Ethiopia, Somalia and Yemen in the Somali Regional State of Jijiga. These two trainings will lay the groundwork for a third and combined regional training designed to foster cooperation between the four legal jurisdictions and encourage uniform application of laws.