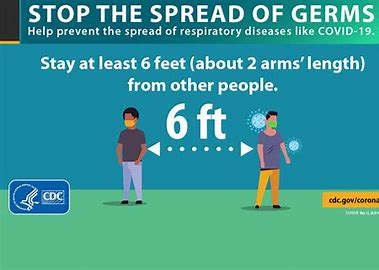 Early one morning, linsey Marr tiptoed to her dining room table, slipped on a headset and fired up Zoom. On her computer screen, dozens of familiar faces began to appear. She also saw a few people she didn’t know, including Maria Van Kerkhove, the World Health Organization’s technical lead for Covid-19, and other expert advisers to the WHO.

It was just past 1pm Geneva time on April 3, 2020, but in Blacksburg, Virginia, where Marr lives with her husband and two children, dawn was just beginning to break.

Marr is an aerosol scientist at Virginia Tech and one of the few in the world who also studies infectious diseases. To her, the new coronavirus looked as if it could hang in the air, infecting anyone who breathed in enough of it. For people indoors, that posed a considerable risk.

But the WHO didn’t seem to have caught on. Just days before, the organisation had tweeted “Fact: #Covid19 is not airborne.” That’s why Marr was skipping her usual morning workout to join 35 other aerosol scientists. They were trying to warn the WHO it was making a big mistake.

Over Zoom, they laid out the case. They ticked through a growing list of superspreading events in restaurants, call centres, cruise ships and a choir rehearsal, instances where people got sick even when they were across the room from a contagious person. The incidents contradicted the WHO’s main safety guidelines of keeping three to six feet of distance between people and frequent handwashing.

If SARS-CoV-2 travelled only in large droplets that immediately fell to the ground as the WHO was saying, then wouldn’t the distancing and the handwashing have prevented such outbreaks? Infectious air was the more likely culprit, they argued. But the WHO’s experts appeared to be unmoved. If they were going to call Covid-19 airborne, they wanted more direct evidence – proof, which could take months to gather, that the virus was abundant in the air.

Meanwhile, thousands of people were falling ill every day.

On the video call, tensions rose. At one point, Lidia Morawska, a revered atmospheric physicist who had arranged the meeting, tried to explain how far infectious particles of different sizes could potentially travel. One of WHO experts abruptly cut her off, telling her she was wrong, Marr recalls. His rudeness shocked her. “You just don’t argue with Lidia about physics,” she says.

Morawska had spent more than two decades advising a different branch of WHO on the impacts of air pollution. When it came to flecks of soot and ash belched out by smokestacks and tailpipes, the organisation readily accepted the physics she was describing – that particles of many sizes can hang aloft, travel far and be inhaled.

Now, though, WHO’s advisers seemed to be saying those same laws didn’t apply to virus-laced respiratory particles. To them, the word airborne only applied to particles smaller than five microns. Trapped in their group-specific jargon, the two camps on Zoom literally couldn’t understand one another.

When the call ended, Marr sat back heavily, feeling an old frustration coiling tighter in her body. She itched to go for a run, to pound it out footfall by footfall into the pavement. “It felt like they had already made up their minds and they were just entertaining us,” she recalls. Marr was no stranger to being ignored by members of the medical establishment. Often seen as an epistemic trespasser, she was used to persevering through scepticism and outright rejection. This time, however, so much more than her ego was at stake. The beginning of a global pandemic was a terrible time to get into a fight over words.

But she had an inkling that the verbal sparring was a symptom of a bigger problem – that outdated science was underpinning public health policy. She had to get through to them. But first, she had to crack the mystery of why their communication was failing so badly.

Marr spent the first many years of her career studying air pollution, just as Morawska had. But her priorities began to change in the late 2000s, when Marr sent her oldest child off to day-care. That winter, she noticed how waves of runny noses, chest colds and flu swept through the classrooms, despite the staff’s rigorous disinfection routines. “Could these common infections actually be in the air?” she wondered. Marr picked up a few introductory medical textbooks to satisfy her curiosity.

According to the medical canon, nearly all respiratory infections transmit through coughs or sneezes: Whenever a sick person hacks, bacteria and viruses spray out like bullets from a gun, quickly falling and sticking to any surface within a blast radius of three to six feet. If these droplets alight on a nose or mouth (or on a hand that then touches the face), they can cause an infection.

Only a few diseases were thought to break this droplet rule. Measles and tuberculosis transmit a different way; they’re described as “airborne.” Those pathogens travel inside aerosols, microscopic particles that can stay suspended for hours and travel longer distances. They can spread when contagious people simply breathe.

The distinction between droplet and airborne transmission has enormous consequences. To combat droplets, a leading precaution is to wash hands frequently with soap and water. To fight infectious aerosols, the air itself is the enemy. In hospitals, that means expensive isolation wards and N95 masks for all medical staff.

The books Marr flipped through drew the line between droplets and aerosols at five microns. A micron is a unit of measurement equal to one-millionth of a meter. By this definition, any infectious particle smaller than five microns in diameter is an aerosol; anything bigger is a droplet. The more she looked, the more she found that number. The WHO and the US Centers for Disease Control and Prevention also listed 5 microns as the fulcrum on which the droplet-aerosol dichotomy toggled.

There was just one literally tiny problem: “The physics of it is all wrong,” Marr says. That much seemed obvious to her from everything she knew about how things move through air. Reality is far messier, with particles much larger than five microns staying afloat and behaving like aerosols, depending on heat, humidity, and airspeed.

“I’d see the wrong number over and over again, and I just found that disturbing,” she says. The error meant that the medical community had a distorted picture of how people might get sick.

Epidemiologists have long observed that most respiratory bugs require close contact to spread. Yet in that small space, a lot can happen. A sick person might cough droplets onto your face, emit small aerosols that you inhale or shake your hand, which you then use to rub your nose. Any one of those mechanisms might transmit the virus.

“Technically, it’s very hard to separate them and see which one is causing the infection,” Marr says. For long-distance infections, only the smallest particles could be to blame. Up close, though, particles of all sizes were in play. Yet, for decades, droplets were seen as the main culprit.

Marr decided to collect some data of her own. Installing air samplers in places such as day cares and airplanes, she frequently found the flu virus where the textbooks said it shouldn’t be – hiding in the air, most often in particles small enough to stay aloft for hours. And there was enough of it to make people sick.