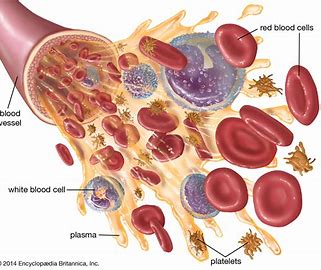 Many age-elevated factors have been identified, but finding drugs for each one is a challenge. Plasma dilution, by comparison, knocks them all down – and others as yet unknown – in one fell swoop.

The Conboys, together with blood specialist Dobri Kiprov from the California Pacific Medical Centre in San Francisco, founded a company called IMYu to develop the plasma exchange strategy further.

Others feel similarly dubious about young blood as a therapeutic. “This approach reminds me of trying to refresh sour milk by pouring fresh milk into it,” says Iryna Pishel, who together with Shytikov previously tested the anti-aging effects of young plasma on old mice and saw little impact on lifespan or immunological markers of aging.

That hasn’t stopped some doctors from offering young blood transfusions anyway. That’s despite a 2019 warning from the US Food and Drug Administration that such treatments provide “no proven clinical benefit” against age-related ailments, and that “some patients are being preyed upon by unscrupulous actors touting treatments of plasma from young donors as cures and remedies.”

Defending its practice, an Ambrosia spokesperson told Knowable that “plasma transfusions are FDA-approved in the United States and doctors are allowed to use approved treatments in new ways.”

“For the marketing of off-label treatments, we are allowed to state the facts,” the spokesperson added — but the company has not publicly released any clinical data to back its claims. “For now, we are keeping our results for the benefits of our doctors and patients.”

In the face of such secrecy, many researchers — including parabiosis pioneers such as Wyss-Coray and the Conboys whose work directly inspired Ambrosia’s creation — have publicly called the company “immoral” and “dangerous.” (“Frankly,” the spokesperson rebuts, “the reception we’ve received from the press, academia, pharmaceutical companies and government agencies has been unfair, unscientific and hostile.”)

(Knowable contacted the Atlantis Anti-Aging Institute for comment on its own treatments but received no reply. Their website carries this statement: “‘Young Plasma’ treatments are being used ‘off-label’ and must be considered ‘experimental.’ Plasma has been used safely for decades in every hospital in the world for many other ailments. Per FDA guidelines, we cannot make ANY claims of efficacy of these treatments.”)

With all the controversies swirling around young plasma, some of the field’s biggest contributors have already moved on to other topics. Villeda, now running his own lab at UC San Francisco, is focused, among other things, on studying how exercise brings about changes in the blood that can combat brain aging.

(In a 2017 article for the Annual Review of Neuroscience, he discusses evidence suggesting that both exercise and young blood can promote brain health.)

And though Rando continues to serve as a scientific advisor to Alkahest, his primary commercial interest has little to do with blood at all. Fountain Therapeutics, a company he cofounded in 2018, is targeting the aging process in cells, not the circulatory system.

Another biotech looking for anti-aging secrets in blood is centring its efforts entirely on the blood of the elderly, not the young. BioAge has partnered with research centres in Estonia and the United States to study blood samples from more than 3,000 older individuals, each person tracked over decades for indicators of age-related disease.

By comparing the blood of healthy agers with those who show early signs of decline, the company has identified several molecular targets implicated in regeneration, immunity and muscle function. Drugs directed at all three targets are now in early testing for relevant age-associated conditions.

“Blood is our window into healthy human aging,” says Kristen Fortney, cofounder and CEO of BioAge. “We’re trying to learn from the example of humans that are living well.”

It’s a far cry from the vampire-like miracle cure of young blood, but BioAge’s approach might also be easier to translate into modern medicines. “To me, it’s the low-hanging fruit in anti-aging,” says Fortney. “Let’s copy what’s already working.”