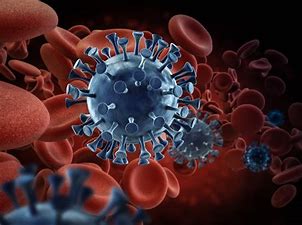 Covid-19 researchers are rushing to understand why a relative of the main Omicron variant is displacing its sibling in countries around the world.

The variant, known as BA.2, has spread rapidly in countries including Denmark, the Philippines and South Africa in the past few weeks. It follows the initial spread of the BA.1 Omicron variant of the virus SARS-CoV-2, which was first identified in southern Africa in late November and quickly spread worldwide.

A laboratory study of BA.2 suggests that its rapid ascent is probably the result of it being more transmissible than BA.1. And other preliminary studies suggest that BA.2 can readily overcome immunity from vaccination and previous infection with earlier variants, although it is not much better than BA.1 at doing so.

If real-world epidemiological studies support these conclusions, scientists think that BA.2 will be unlikely to spark a second major wave of infections, hospitalizations and deaths after Omicron’s initial onslaught.

“It might prolong the Omicron surge. But our data would suggest that it would not lead to a brand-new additional surge,” says Dan Barouch, an immunologist and virologist at Beth Israel Deaconess Medical Center in Boston, Massachusetts, who led the laboratory study, posted on the medRxiv preprint server on February 7.

BA.2’s steady rise in prevalence in multiple countries suggests that it has a growth advantage over other circulating variants, says Mads Albertsen, a bioinformatician at Aalborg University in Denmark. That includes other forms of Omicron, such as a less-prevalent lineage called BA.3.

“From a scientific perspective, the question is why,” says Barouch. Researchers think that a large part of the reason Omicron quickly replaced the Delta variant is its ability to infect and spread among people who had been immune to Delta. So, one possibility for BA.2’s rise is that it’s even better than BA.1 at overcoming immunity – potentially including the protection gained from a BA.1 infection.

The variants’ differing behaviours could be explained by their many genetic differences. Dozens of mutations distinguish BA.1 from BA.2 — particularly at key portions of the virus’s spike protein, the target of potent antibodies that can block infection. “BA.2 has a whole mess of new mutations that no one has tested,” says Jeremy Luban, a virologist at the University of Massachusetts Chan Medical School in Worcester.

To assess any differences between BA.1 and BA.2, Barouch’s team measured how well ‘neutralising’, or virus-blocking, antibodies in people’s blood protected cells from infection by viruses with either variant’s spike protein. The study looked at 24 people who had received three doses of the RNA vaccine made by Pfizer in New York City; they produced neutralising antibodies that were slightly better at fending off infection by viruses with BA.1’s spike than those with BA.2’s.

The same was true for a smaller group of people who had gained immunity from infection during the initial Omicron surge, and in some cases also from vaccination.

The small difference in overall potency against the two variants means that an ability to evade immunity is unlikely to explain BA.2’s ascent worldwide, says Barouch.

The results chime with those from a February 9 preprint led by virologist David Ho at Columbia University in New York City, which found that BA.2 and BA.1 had similar abilities to resist neutralising antibodies in the blood of people who had been vaccinated or previously infected.

But Ho’s team also found signs that genetic mutations unique to BA.2 affect how some antibodies recognise the variant. The researchers found that one family of antibodies that attach to a part of the spike protein that binds to host cells was much less effective at neutralising BA.2 than BA.1, and another type of spike antibody tended to be more active against BA.2. And a February 15 preprint led by virologist Kei Sato at the University of Tokyo found that hamsters and mice infected with BA.1 produced antibodies that were less potent against BA.2 than BA.1.

It’s not yet clear what the latest lab studies mean for immune protection against BA.2 in the real world. Barouch says his team’s study cannot indicate whether people who have recovered from BA.1 are susceptible to BA.2 reinfection. But he thinks his team’s data suggest that such risks are unlikely to be much higher for BA.2 than for BA.1.

According to news reports, researchers in Israel have identified a handful of cases in which people who had recovered from BA.1 became infected with BA.2. Meanwhile, Danish researchers have begun a study to determine how frequently such reinfections occur, says Troels Lillebaek, a molecular epidemiologist at the State Serum Institute in Copenhagen and chair of Denmark’s SARS-CoV-2 Variants Risk Assessment Committee. “If there was no protection, that would be a surprise and, I think, unlikely. We will know for sure within a few weeks.”

Another study, of Omicron spread in more than 8,000 Danish households, suggests that BA.2’s rise results from a mix of factors. Researchers including Lillebaek found that unvaccinated, double-vaccinated and boosted individuals were all more susceptible to BA.2 infection than to BA.1 infection.

That unvaccinated people are also at heightened risk of BA.2 infection suggests that properties of the virus other than immune evasion are at least partly behind its enhanced transmissibility, says Lillebaek.

In Denmark, where vaccination rates are high, BA.2’s ascent is so far not causing significant problems, says Lillebaek. A preliminary study found that the variant seems to cause no more severe illness than does BA.1, including in children.

But BA.2 could pose greater challenges in places that have lower vaccination rates, says Lillebaek. The variant’s growth advantage over BA.1 means that it could extend Omicron peaks, increasing the odds of infection for older people and other groups at high risk of severe disease. “I think the main problem with BA.2 is even more transmission,” Lillebaek adds. “You risk even more people testing positive within a short time, putting strain on the hospital system.”

There are also hints that BA.2 could limit treatment options. In laboratory experiments, Ho’s team found that the variant was resistant to a therapeutic monoclonal antibody, called sotrovimab, that was effective against BA.1. However, the drug’s manufacturer, Vir Biotechnology in San Francisco, California, said in a press release on 9 February that its own unpublished experiments suggest that sotrovimab remains effective against BA.2.

Identifying the specific properties of BA.2 and the genetic mutations responsible for its growth advantage will be no simple matter, says Luban. In other fast-spreading variants, including Alpha and Delta, researchers have spotted mutations that seem to speed transmission, but these are unlikely to fully explain those variants’ behaviour.

And molecular mechanisms that seem important for other variants’ advantages — such as those that control the virus’s ability to bind tightly to human cells or to quickly fuse its membrane with those of infected cells — might be less crucial in distinguishing between BA.1 and BA.2, adds Luban. “