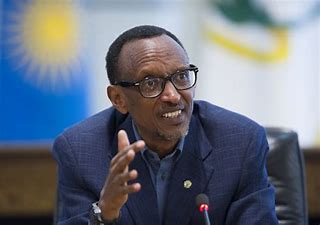 With international condemnation Rwanda President Paul Kagame via governments and human rights organisations, jailed Paul Rusesabagina’s daughter Carine Kanimba, a US-Belgian dual citizen, believes that her family will be reunited with their father, who has experienced adversity before.

Kanimba says, “He truly is a strong person who follows his principles so closely. While he was being tortured, they tried to make him sign false confessions, but he refused to do so and we know that he has the strength to hold on.

“This is also what he did during the genocide, when people were being butchered all around him and the hotel, but he protected them and kept his calm.

“We have hope that he will come home. He does not deserve this, and it is awful that he has to go through that.

“In Rwanda, nobody is allowed to speak out – you will never hear anything negative about the country because people are frightened and if they do speak out, they end up in prison or tortured. There is no democracy.

“In recent months, there have been multiple journalists who have been jailed for reporting on what the government is doing.

“My father speaking out led him to his position today and that shows that there is no democracy or freedom of speech or respect of human rights.

“It shows how important what he is doing is – so few people have that courage to speak out.”

Kanimba has called on Arsenal and PSG to use their platforms and influence to speak out against the Rwandan government, something which she believes the nation’s population live in fear of doing.

“Taking money from the Rwandan government is one thing but staying quiet about what you know to be happening is hurting the people,” she continued.

“Arsenal should stand up and call out these human rights abuses, rather than solely to celebrate Rwanda for being the beautiful country that it is.

Carine – who was targeted with the notorious Pegasus spyware during her father’s trial – and her sister Anaise Kanimba were Rusesabagina’s nieces, but were adopted by Paul as babies when they were discovered in a refugee camp after their family had been murdered in Rwanda’s genocide.

Her family have tried to get in contact with Arsenal and various supporters’ groups to raise awareness for her dad’s situation and for his story to be heard, but have yet to receive a response.

When asked by Mirror Football for comment, an Arsenal spokesperson replied, “Since our partnership began in 2018, we have worked together to tell Rwanda’s story of culture, heritage and transition, as well as raising awareness of the country as a holiday destination.

“One year after the partnership began, Rwanda’s tourism revenue increased by 17 per cent and tourists from Europe increased by 22 per cent.

“This increase supports the growth of Rwanda’s economy, creating more revenue they can reinvest across all key sectors, lifting thousands out of poverty, and empowering citizens. This is where we will continue our focus as Rwanda continues its post-pandemic recovery.”

PSG did not respond to Mirror Football‘s request for comment.

“They are not acknowledging the horrendous scores of human rights abuses and it is gruesome when you read the details of what happens in those torture houses in Rwanda.

“It is difficult to look away, but they are doing so because of the profits they are making from this dictator. It is all about money and they are saying that the money they are getting out of this is more important than the people being tortured by the regime.”

And what about those viral tweets from Rwandan President Paul Kagame after Arsenal’s two-goal opening day defeat at Brentford, which received tens of thousands of interactions.

Kanimba explains that not only are these a “smokescreen” to normalise the president’s reputation among a wider audience, but they have even more sinister undertones.

After Arsenal’s limp defeat at their London neighbours, part of Kagame’s thread of criticism claimed: “I am sure we all know on whose shoulders the heaviest burden rests. I hope they know too or even accept it!!!”

When reminded of those tweets, Kanimba responded: “That is supposed to make you like, to empathise with him – and certainly, to look away at the horrible things going on.

“The reality is that the West might look at that in a funny way coming from a small nation like Rwanda, but in Rwanda – if Paul Kagame says those words about you, it usually means you end up in a prison or tortured.

“He has previously insulted the Rwandan football team too, telling them that they should not play football.

“When he says that he is unhappy with people, that usually means that he will try to destroy them.

“A Western audience may have seen his tweet as a joke, but those comments make Rwandan people shake with fear.

“There are consequences to this in real life and how he speaks to a Western audience has a totally different meaning than to a Rwandan audience.”

Rusesabagina’s international fame grew following the release of Hotel Rwanda, embarking on a career as a public speaker.

Most notably, he was awarded the Presidential Medal of Freedom, the highest civilian honour in the United States, by President George W. Bush in 2005 for “remarkable courage and compassion in the face of genocidal terror.”

Rusesabagina began to move into politics, in 2006 he founded the Party for Democracy in Rwanda and a decade later confirmed his intentions to run for the presidency.

His international influence and outspoken nature against the Rwandan government were the driving force behind his arrest, his family claim.

In a recent interview with The Guardian, Carine’s sister Anaise explained: “When father got a platform through the film, Kagame expected him to say just good things about Rwanda. But he wanted the truth to be known.”

Of his current situation, Anaise added, “He’s been in solitary confinement for three months and can’t sleep because of the bed bugs. We worry about his health because he suffers from hypertension.”

His family will continue the campaign on his behalf, and they have called on fans of the clubs who have embraced Visit Rwanda’s sponsorship deal to speak out and make their voice heard.

Carine insists, “Fans of the clubs must call for a stop to their sponsorship deal with the Rwandan government and for the release of my father before he takes his last breath.

“Every fan has that power to make a difference.

“They can call on Rwanda to release my father, to stop human rights abuses and to allow freedom of speech – and only then should sponsorship deals with the country be agreed.

“We must put values and principles of humanity and dignity above everything else, and not forget that human beings are suffering.

“These clubs can pressurise the Rwandan government to call for the release of my father and others besides because we want him to return home.

“The clubs have training programmes with Rwandan footballers which is positive – but those can surely be kept running separately from a sponsorship deal with this government.”

Carine and her family will continue to fight for justice for their father and raise awareness for his situation.