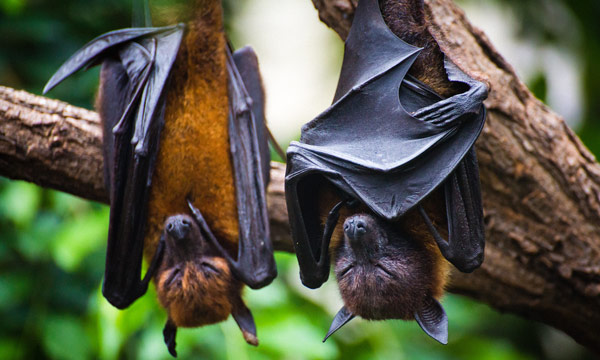 Coronavirus origin: ‘Without it, we are flying blind’

It is a big ask. Intensified detection of coronavirus in humans might require doing a thorough evaluation of any patient who comes to any hospital or clinic with the kind of symptoms that are usually dismissed.

An unexplained fever or the symptoms of a respiratory infection that has no obvious cause are never regarded as pointers to serious underlying health problems.

The detection of coronavirus in humans would require putting that report into some sort of global alert registry, so that any emerging pattern can be perceived before the illness spirals beyond containment. There is no such early-warning system.

In September, two Oxford researchers wrote: “Without it, we are flying blind.”

The last piece of the effort to detect the origin of Covid, in other words, might further burden the hospitals now being devastated by the pandemic. To create change in its wake, it will not be enough to devise detection systems that ring international alarms when a novel virus is found in wildlife.

It will be to ring an alarm that echoes globally as soon as a novel virus is identified in a human—and that may be even harder to achieve.

Still, the earliest confirmed human cases remain the first clusters identified in Wuhan in mid-December 2019, which the email list ProMED revealed to the world on December 30. The strongest animal associations remain coronaviruses found in bats in Yunnan, several provinces away, in 2013.

The genetic sequence of that virus, which was collected from a live bat, was 96 per cent similar to the viruses found in Wuhan residents in 2019.

Those four percentage points of difference are enough to indicate that the bat virus had not simply passed to humans a single time; it might have undergone multiple crossings from bats into humans and then to other humans, or from bats to other animals and on into humans from there.

Despite some provocative research – the association of many of the first human cases with a Wuhan seafood market that also sold wild animals; an identification of a similar virus in pangolins; recent finds of the SARS-CoV-2 virus in minks in Europe and the US – no clear candidate for that evolutionary rest stop has emerged.

It is possible that none will. It turns out that the outbreaks in which scientists have traced a provable animal spillover from a host species into an intermediate animal and then into humans are rare bright spots in the hard slog of wildlife ecology, and not at all routine.

The classic example – and the basis for the movie Contagion – is the emergence of Nipah virus in Malaysia in 1998. Clearing forests for farmland pushed a bat species to the forest edge, where pig farmers had set up. Bats settled in trees over the pig pens and contaminated the swill the pigs were fed; pigs got sick and were culled; humans picked up the infection from their pigs, then died.

When epidemiologists investigated the outbreak, all of the pieces were visible at once: the farms, the pigs, a nearby cave where the bats roosted. They found similar viral sequences in all of them.

But that Malaysia outbreak, which seemed paradigmatic, was an outlier. There has not been another Nipah outbreak in Malaysia since. Since 2000, though, there have been near-annual outbreaks of Nipah on the border of India and Bangladesh, occurring among families whose livelihood is collecting date-palm juice.

As in the first outbreak, bats are the source of the virus. But unlike that first outbreak, the infection has passed directly from bats to humans. Pigs have never been involved again.

Ebola – which may be the most-studied zoonotic infection and also originates in bats – is similarly resistant to prediction. Researchers showed in 2016 that most of the 34 spillovers of Ebolavirus into humans that had occurred up to that point would not have been predicted by the best models that had been achieved. They came as a surprise.

“When we talk about spillovers, we are usually talking about weird outbreaks, because it’s the weird ones we end up knowing the most about,” says Colin J. Carlson, a global change biologist, assistant professor at Georgetown University Medical Center, and principal investigator of a consortium called the Viral Emergence Research Initiative. “Most of the time we don’t know what’s going on, as a default, because we don’t have surveillance systems that are operating at the level we need.”

The first SARS outbreak, which began in late 2002 in China and migrated to 30 countries before being extinguished in mid-2003, was also an outlier – not necessarily because of the animal species involved, though those relationships were complex, but because of the speed with which its cause was pieced together.

“The thing that made SARS I easier was that there was a clear epidemiological link: A lot of the early cases were people who were animal handlers who were associated with wet markets in Guangdong, and that led to civet cats and raccoon dogs,” says David Wang, a professor of pathology and immunology at Washington University in St Louis who helped characterise the virus behind that outbreak in May 2003, only two months after it was identified and three months after the disease broke out from Hong Kong to circle the world.

“Later it became clear that the civet cats did not have the infection until they got into the wet market, so they must have acquired it from some other animal. And that led people to think about all the candidate animals, and that led to bats.”

Another way to say that is: The association of the first SARS coronavirus and its animal host benefited from luck. There was a quick alert, a quick identification, a quick, coordinated international response. None of those factors may be present now.

“Honestly, I think it is going to be very challenging [to identify the origin of SARS-CoV-2], because we are so far removed from the timing of the first cases,” Wang says.

After all, the Yunnan bat virus with the 96 per cent homology to the Wuhan human strain was found approximately 1,000 miles away.

These possibilities make searching for the origin of the novel coronavirus a complicated proposition. “These things typically take a really long time, longer than they should,” says Christine Kreuder Johnson, a professor and director of the EpiCenter for Disease Dynamics at UC Davis and former director of Predict, a federal disease-detection programme defunded under the Trump administration.

(Zoonotic disease ecology is a small field: Johnson, Wang, and Daszak all direct centers within a new NIH research network that was set up in September.)

“The task force will have to look at evidence of earlier spillover in human populations—archived specimens that have been stored—and that would need to be done throughout even rural areas of China, never mind the actual site in Wuhan,” she says.

“Testing animals throughout that range would also be very insightful because we’ll need to find a virus much more closely related than the one the community has in hand. And then the last piece to put together the causal pathway is, what were the human activities that then brought the virus into the human population?”

If all those conditions can be fulfilled, it still will accomplish only half of what the teams intend to do: the part about finding where SARS-CoV-2 came from. The second task is preventing whatever emerges next. That is yet more complex and researchers disagree about the tactics to choose and the strategies to implement them.

In past projects, Peter Daszak, the president of the nonprofit research organization EcoHealth Alliance, who leads The Lancet Commission taskforce and Christine Kreuder Johnson, have argued for more intense detection of novel viruses in wildlife, to find them before the pathogens make the zoonotic jump.

But Carlson points out that global health has detected such viruses in the past without adequately preparing for their impact. For example, Zika virus, which caused more than one million cases of illness and birth defects in the Americas from 2015 through 2018, was first collected from a monkey in 1947.

“We’re already at the stage where we’ve discovered the viruses, and we’ve noticed them spilling over,” Carlson says. “What we can try to do is to get to a point where we’re detecting those outbreaks as early as possible, and there’s no way for that to not fall on health care systems.”