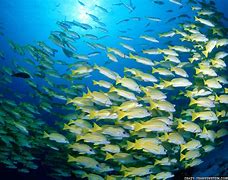 Consumption of certain types of fish reduce carbon emissions, an analysis of seafood around the world says

Replacing meat with certain types of sustainably sourced seafood could help people to reduce their carbon footprints without compromising on nutrition, finds an analysis of dozens of marine species that are consumed worldwide.

The study, published on September 8 in Communications Earth & Environment, suggests that farmed bivalves – shellfish such as mussels, clams and oysters – and wild-caught, small, surface-dwelling (pelagic) fish, which include anchovies, mackerel and herring, generate fewer greenhouse-gas emissions and are more nutrient dense than beef, pork or chicken.

The research aimed to “do a better job of understanding the climate impacts of seafood through the lens of very diverse nutritional qualities”, says co-author Peter Tyedmers, an ecological economist at Dalhousie University in Halifax, Canada.

The findings echo those of previous studies, including work by members of Tyedmers’ group that focused on seafood consumed in Sweden. This time, the researchers wanted to include a more diverse, global range of seafood, says Tyedmers.

Food production accounts for roughly one-third of global greenhouse-gas emissions, mostly of methane and carbon dioxide. More than half of those emissions are driven by livestock farming. Plant-based diets offer one lower-impact alternative to eating meat, but solutions tend to overlook the benefits of seafood-based, or ‘blue’, diets, the study says.

Using 41 seafood species, the researchers established a nutrient-density score that accounted for essential nutrients, such as certain fats and vitamins. The species surveyed included farmed and wild-caught fish, crustaceans, bivalves and cephalopods (the group that includes octopus and squid). The team then used available emissions data for 34 of those species to compare their nutrient density with the emissions associated with their production or capture.

Half of the seafood species offered more nutritional bang for their buck in terms of emissions. Wild-caught pink salmon (Oncorhynchus gorbuscha) and sockeye salmon (Oncorhynchus nerka), along with wild-caught, small pelagic fish and farmed bivalves, were the best choices for nutrient-dense, low-emissions protein sources.

Whitefish such as cod (Gadus sp.) also had a low climate impact, but were among the least nutrient-dense food. Wild-caught crustaceans had the highest emissions, with a carbon footprint rivalled only by that of beef. The authors note that their emissions data do not include ‘post-production’ emissions, such as those generated by refrigeration or transport.

The analysis adds more perspective to the role of seafood in food systems, says Zach Koehn, a marine scientist at the Stanford Center for Ocean Solutions in California. He adds that one hurdle in applying this research will be the need to make seafood more widely available in an affordable way, because those who could benefit the most from nutrient-dense foods might not have access to it.

Tyedmers agrees that access to diverse diets is a privilege. “Every opportunity there is to substitute seafood for beef is a small climate win,” he says. “It doesn’t have to be every meal.”