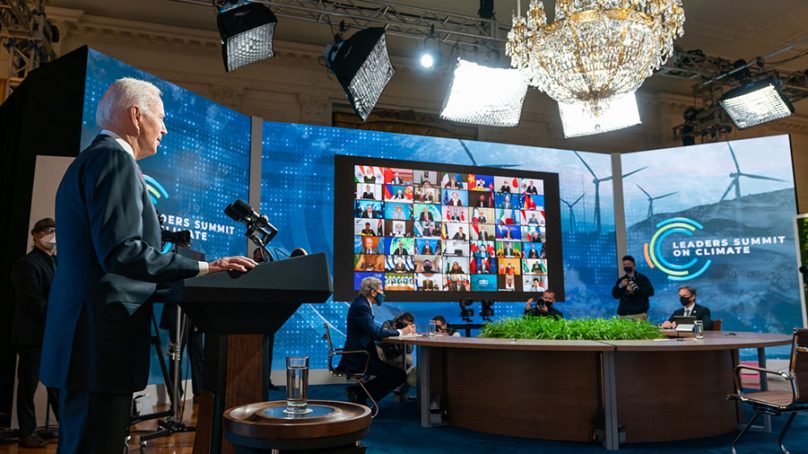 The costs keep piling up: California’s 2018 fire season caused close to $150 billion in damages, and this year’s record-setting wildfires could prove just as dear. Rebuilding after Germany’s summer floods will probably cost more than $7.12 billion, the country’s finance minister says.

And estimates place the damage from Hurricane Ida, which ripped from New Orleans to New York in August, at roughly $95 billion.

But the economic threats from climate change don’t end with clean-ups and rising insurance premiums. As the United Nations’ Intergovernmental Panel on Climate Change observed in its latest report, such calamities will only accelerate unless nations achieve “deep reductions” in greenhouse gases in coming decades.

The changes needed to slow warming is big enough that economies would have to adapt to make them happen. It may well mean upending many aspects of everyday life. Ultimately, many agree, it will require ditching fossil fuels for clean energy.

Climate change contributes to a rise in devastating natural disasters – including fires – which can carry huge price tags. But other financial risks accompany the shifts needed to reduce greenhouse gas emissions.

How nations could achieve this daunting shift, and how fast, is uncertain. For economists, uncertainty equals risk, and too much risk could jeopardise the stability of the financial system itself. Financial experts increasingly are discussing how to deal with one type of risk, called “transition risk,” that comes with a shift to a greener world.

Thus far, policymakers have been slow to enforce emissions limits, carbon taxes and other rules that would help reduce greenhouse gas emissions enough to achieve the oft-cited goal of limiting global warming to 1.5 or 2 degrees Celsius. Carbon-dependent businesses, with no one pushing them to act, seem more than happy to kick the can down the road.

Companies in the S&P 500, for example – an index of large publicly traded firms that many investors track to get an idea of overall market health – need to reduce their carbon emissions from something like 14 gigatons of carbon dioxide per year down to zero, says Patrick Bolton, an economist at Columbia University. “How are you going to do that? At what pace? And at what cost?” he asks.

If climate goals are to be met, says Frederick van der Ploeg, an economist at the University of Oxford, it’s inevitable that large reserves of fossil fuels will have to remain in the ground unburned. As much as one-third of global oil reserves, half of gas reserves and 80 per cent of coal reserves will have to be left unused to prevent temperature increases beyond 2 degrees, he and co-author Armon Rezai of the Vienna University of Economics and Business noted in a 2020 review in the Annual Review of Resource Economics, citing 2015 work by Christophe McGlade and Paul Ekins.

This represents an enormous problem for oil and gas companies and their investors – and by extension, for all kinds of businesses that rely on fossil fuels to operate. At some point, all would have to make the leap from a carbon-intensive present to a green future. But that future hasn’t quite been worked out.

Maybe the companies will be able to get out ahead of the shift, and successfully redirect their holdings and operations on their own schedules. But if uncertainty persists, they’ll be left holding the bag when governments eventually do tighten emissions rules, or when a technology breakthrough makes green energy very cheap (van der Ploeg likens it to a game of musical chairs).

Their formerly profitable reserves will become “stranded assets” – essentially, worthless. And that could have ripple effects across the global economy.

A large portion of “transition risk” comes from making the shift to renewable sources of energy, such as wind and solar, and away from fossil fuels – a move that will impact oil and gas holdings as well as other carbon-intensive industries and investments.

One analysis that looked at a sampling of large banks’ holdings identified $500 billion of potential exposure to this kind of climate risk.

Steven Rothstein, managing director of the Ceres Accelerator for Sustainable Capital Markets, an advocacy organisation in Boston, cites an example. In 2020, he says, oil companies “wrote off” $145 billion from their ledgers, essentially abandoning investments in pipes and pumps and delivery equipment that they didn’t expect to need any longer as demand for oil and gas drilling and production falls off.

“They’re saying, ‘I’m never going to get this money back because the price of the alternatives – solar and wind – has come down, and because of reputational risk,’” Rothstein says.

Their investors, including pension funds and other institutional investors who manage money for everyday folks, take the hit along with them. This was what happened to banks and firms that poured money into bundled subprime mortgages in the 2000s.

They got into trouble when the housing bubble burst and it became clear the loans were never going to be paid back (and were therefore, like unusable oil, worthless).

In a 2020 analysis of large banks’ exposure to climate transition risk, Rothstein and colleagues identified $500 billion of potential climate risk – and that was when they focused on just a portion of holdings, among a portion of banks. The real number is likely to be far larger.

The financial crisis flared in an era of invisible high risk. Has the system been reformed?

“If you’re a bank regulator, and your job is to think about the safety and soundness of the banks, you have to care about this,” Rothstein says. “Unfortunately, financial actors haven’t been properly planning for climate risk.”

The United States lags the field. The European Union, Japan, South Korea and other countries have promised to reach net zero carbon emissions – balancing emissions of greenhouse gases with active removal – by 2050; China has pledged to do so by 2060. But until very recently the US had not followed suit.

Politicisation of climate policy has slowed proactive efforts; Rothstein says that as recently as a year ago, he still came across government officials who questioned whether climate change was real.

Conservation: Bees build up their honey pharmacy only if the right flowers are available in numbers and diversity

How climate change is key benchmark for financial markets to consider when pricing, investing in shares