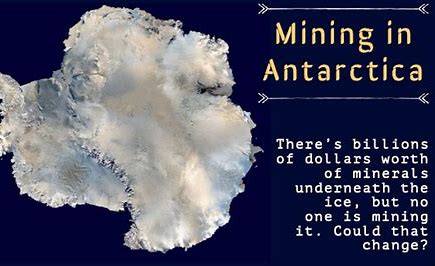 Claiming to have found “more than 1,000 fields and deposits, including major hydrocarbon and solid mineral deposits and fields” in other world regions, the state-owned exploration company published the announcement in English on its website as the Covid-19 pandemic swamped world headlines in February 2020.

Despite an Antarctic mining ban that does not expire but may be changed from 2048, the company’s suggestions of the Southern Ocean’s mineral resource largesse produced only isolated reports in market media – and a quiet “flurry” of raised eyebrows in some diplomatic and academic circles, as one analyst put it.

Equally confounding is “the launch of the new Paris Declaration”. That declaration, issued in June at the treaty’s 60th anniversary meeting, is designed to “implement actions consistent with” the Paris climate agreement.

Yet, it appears that Russia’s oil and gas assessments never stopped after the ban, which outlaws “any activity relating to mineral resources, other than scientific research” in the general area below 60°S latitude.

Russia and other treaty countries, which include power players such as the US and Germany, may have a legal pre-ban record of resource exploration in the Antarctic Treaty area stretching as far back as the 1950s.

Here, however, we can lay bare Russia’s post-1998 oil and gas nexus via Cape Town into Earth’s last unmined frontier – even as the Kremlin in October announced possible 2060 net-zero targets reliant on forests as carbon sponges, ahead of the landmark 2021 UN climate summit in Glasgow, Scotland.

And it is from the Port of Cape Town, historically prized not only for Table Mountain’s distinct silhouette, but also as a modern shipping and aerial gateway for major states with skin in the game below 60°S, that the polar vessel released her 500-billion-barrel bombshell statement.

The Rosgeo communiqué was issued with a headline leaving little doubt about the nature of the exploration company’s most recent operations, spearheaded in the Antarctic by its contracted subsidiary, the Polar Marine Geosurvey Expedition (PMGE): “Rosgeo has completed explorations of the geological structure and oil and gas potential of the Antarctic shelf.

“The geologists’ objective,” the exploration company emphasises, “was to explore the subsurface geological structure and to assess the oil and gas-bearing prospects of the Antarctic shelf.”

Although this announcement did not say how much may be economically recoverable here, a supergiant field of recoverable hydrocarbons would be the largest of its class. For comparison, the world’s highest proved reserves for a single country belong to Venezuela at 300 billion barrels; and regional reserves to the Middle East at 830 billion barrels.

If one per cent of the exploration company’s unconfirmed valuations were to be ultimately recoverable, it would represent a supergiant oil field of five billion barrels – raising the spectre of the abandoned 1988 Antarctic mining pact that evolved into the so-called Madrid Protocol, the treaty’s environmental chapter that governs the ban.

At the very least, this would be a climate-busting quantity of fossil fuels simmering in the shelf and seabed zones of a threatened region performing global nature services – including climate regulation and generating the planet’s largest ocean current.

Headquartered in St Petersburg, Rosgeo’s PMGE subsidiary is a privatised joint stock company that prides itself on “explorations for minerals in all the most hard-to-reach regions of the Earth”, chiefly the world oceans; the Arctic in the northern hemisphere; and the Antarctic in the southern hemisphere.

It claims to be “the only specialised company in Russia that performs comprehensive geological and geophysical research”.

Founded in 1962, PMGE also has a 15-year contract with the UN’s International Seabed Authority to explore deep-sea deposits of polymetallic sulphides in the central Atlantic.

And the Rosgeo subsidiary owns the blue and white-hulled Akademik Alexander Karpinsky, by government decree the only vessel in Russia’s unmatched polar fleet dedicated to geological and geophysical research in Antarctic shelf seas.

Upgraded in 2013/14 to the tune of 495 million roubles (about $7-million at current rates), the 37-year-old vessel features a suite of seismic instruments such as an airgun array; multibeam echosounder; equipment for sizing up magnetic and gravitational fields; and a 640-channel, 8km marine cable with hydrophones towed behind the vessel. This would make her perfectly suited to conduct oil and gas surveys at sea.

The Karpinsky’s seismic system emits and decodes pressurised explosions reflected from the ocean floor, helping geology buffs unlock the secrets of continental drift; the seabed’s evolutionary history; as well as movements of the Earth’s crust as it rebounds like some great, glacial elastic during the ice melt associated with a heating planet.

Leading New Zealand geologist Peter Barrett – whose seminal 1967 discovery of an Antarctic fossil showed that Antarctica was once linked to the ancient Gondwanaland supercontinent – points out that Southern Ocean seismic cruises have habitually drawn seabed “cores” to puzzle together an important climate history.

These cruises, he told us, have produced data “critical for bringing confidence to the UN’s 2021 IPCC climate report on regional and global temperature rise, as well as sea-level rise, to 2100 and beyond”.

Yet, the very same seismic cruises can be harnessed to betray potentially lucrative oil and gas reserves as a possible resource for extraction.

PMGE, in an online geophysics report, does not appear to be coy about these seismic methods, nor about how they may even exceed the boundaries of standard geology and link back to exploration physics 101.

The vessel’s “listed methods”, this geophysics report explains, “allow solving geological problems aimed at studying the deep structure of the Earth’s crust on the continental margin of Antarctica; [and] identifying and studying sedimentary basins and their structure in the regional reconnaissance plan.

“Based on the results of the work carried out,” the report then offers, “conclusions can be drawn about the prospects of a particular region of the continental margin of Antarctica for minerals.”

Interviews with specialists for this investigative series confirmed that the broadly worded text of the Madrid Protocol and its ban offer zero definitions for prospecting, which an abandoned 1988 Antarctic mining pact describes as activities “aimed at identifying areas of mineral resource potential for possible exploration and development”.

Yet, veteran Antarctic academics have confirmed in Daily Maverick interviews that commercial prospecting would be in breach of the ban – and it is indeed into the “Riiser-Larsen Sea” off the East Antarctic continent that the Karpinsky’s 2020 “marine explorations” carried her crews to pursue a mission that looks and smells just like the prospecting operations as defined by that abandoned mining pact.

“The Riiser-Larsen Sea area is one of the most underexplored areas within the Indian Ocean part of Antarctica,” PMGE chief geologist Sergey Kozlov explains of these waters, which – like several Antarctic seas – Russia has given its own names. Exposed to a snafu of pressures – including fishing and plastics – territory associated with the Riiser-Larsen Sea features among various proposals by Argentina, Australia, Chile, the EU, New Zealand, Norway, the UK, the US and Uruguay for several million square kilometres in marine protected areas at a treaty meeting in October.