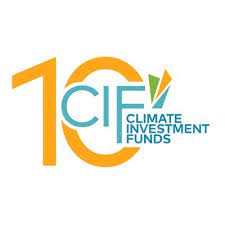 In September, nine philanthropic organisations, most of them in the United States, pledged a total of $5 billion over a decade towards projects that will help to preserve the richness of Earth’s species.

This month, Chinese President Xi Jinping announced the allocation of 1.5 billion yuan ($235 million) to the new Kunming Biodiversity Fund. This will have a goal of funding projects, such as protected areas, that will contribute to slowing down and eventually reversing the loss of species and ecosystems.

More details are awaited from China, along with further information on a promise made by the European Union to double its funding for biodiversity. Contributions to the Kunming fund should be given as grants, not loans; they should have a research component; and they should be pooled and managed through international organizations.

Moreover, the rules for access need to be transparent and fair to all applicants. These are important factors to emphasise, because there seems to be a trend towards providing environmental finance as loans – many of them to some of the world’s poorest countries, which are often already highly indebted.

The pledges were timed to coincide with the first part of the China-hosted United Nations biodiversity conference, COP15, which ended on October 24.

Collectively, the sums, although not insignificant, will amount to little more than a 1-2 per cent increase on the roughly $133 billion a year that the world currently spends on biodiversity. Well over half of this is spent by China, the EU, Japan and the United States.

Spending on biodiversity needs to increase in all regions, according to a report by the UN Environment Programme, published in May. For comparison, money earmarked for tackling climate change totalled $632 billion per year in 2019-20, according to a Nature analysis.

The reasons that finance for biodiversity is lower than that for its climate cousin include a relative dearth of finance in low- and middle-income countries and thefact that more than half of all climate funds take the form of loans. Both public and private investors know that in financing projects such as solar energy plants or batteries research and development, they will probably see a return on their investments.

By contrast, protecting a watershed or a wetland is more of a public service – and so is more likely to be funded from taxation. Partly as a result, some 86 per cent of biodiversity funding currently comes from public sources, in the form of grants.

But that might be about to change. Researchers, corporations, bankers and policymakers have been exploring how to create financial investment products – from both private and public sources – in biodiversity, as well as how to better protect nature from the negative environmental impacts of big infrastructure projects.

Most industrial sectors rely on biodiversity to some extent. Food producers, forestry, clothing manufacturers and hydropower, for example, would all struggle without healthy soils, pollinators or predictable water supplies. If nature continues to degrade, the world’s economic output will begin to suffer sooner or later.

One idea being studied is how to create an internationally agreed reporting system so that any entity — a bank, a government or a corporation — would need to publish data on whether its investments could lead to ecological damage. Such disclosures would probably prompt financiers to think twice before taking on investments that might be environmentally harmful.

Earlier this year, an organisation called Taskforce on Nature-related Financial Disclosures began work to develop such a system. It is co-chaired by Elizabeth Mrema, the executive secretary of the UN biodiversity convention secretariat, and is based in Montreal, Canada.

Another idea under study is called Nature Performance Bonds (NPBs). According to this model, indebted countries would be eligible for more-favourable loan repayment terms if they could commit to spending the cash saved on environmental protection.

Last month, a study commissioned by the China Council for International Cooperation on Environment and Development, an organisation of policymakers that advises China’s government, recommended that China become a global leader in NPBs. The study says that some 52 low- and middle-income countries owe China a combined total of more than $100 billion in loans.

These include loans for projects that are part of China’s Belt and Road Initiative (BRI) to upgrade energy sources, roads, railways and airports, mainly in low- and middle-income countries. Many of China’s BRI investments are in ecologically sensitive areas.

The terms of China’s $235-million biodiversity announcement have not yet been confirmed. But it would be wise if this funding were not linked to the debts of countries whose biodiversity is being affected by BRI projects.

Otherwise, it would seem that China’s main motivation is the greening of its own investments, when, as the host of COP15, it needs to think and act more globally, and work towards creating a fund by and for all nations.

The Kunming Biodiversity Fund needs to be a stand-alone grant fund, ideally managed by a mechanism involving all countries, and with transparent rules of access. It also needs to have a dedicated research component – something that is not possible through loan finance. And other nations must contribute.

The need for research funding is especially acute. There are often few funding opportunities from national research bodies for researchers in low- and middle-income countries that are rich in biodiversity.

The UN’s official biodiversity funder, the Global Environment Facility, based in Washington DC, does not have a dedicated research facility. It does fund some science, but that is a part of a small-grants programme that is mainly focused on funding for conservation.

It is clear that biodiversity will be getting more finance. But loan finance must not crowd out or replace grant funding. There is a precedent for this. It is already happening in climate finance, for which a much-delayed $100 billion pledged to be provided annually to low- and middle-income countries will be mainly in the form of loans.

A step change in biodiversity finance is needed and the Kunming Biodiversity Fund will be a welcome move in the right direction. But it will be inequitable if most of the promised finance ends up committed to loans. Finding an answer to the biodiversity crisis should not mean the poorest countries having to take on yet more debt.