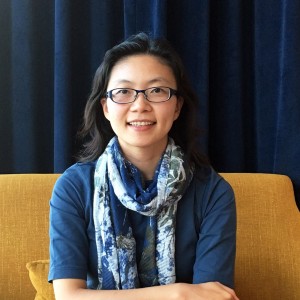 Shortly after the World Health Organization visited the Wuhan Institute of Virology on February 3, a reporter from an international newspaper asked me whether China’s censorship would present an ‘insurmountable’ barrier to reaching an impartial conclusion on Covid-19’s origins.

At the same time, my phone displayed headlines from a nationalist Chinese newspaper proclaiming that the mainstream media’s ‘smearing’ of the investigation was rooted in denial of the ‘truth’. They came from a portal managed by China’s scientific societies.

This distrust is part of an intensifying pattern. Without constructive engagement between scientists, it will get worse. Researchers inside and outside China should make more effort to understand each other.

Two decades ago, global scepticism about Chinese science arguably spurred the nation’s burgeoning life-sciences community to raise its standards. In 2015, I founded an international group of experts to promote transparency in the life sciences in China. Most of the scientists, ethicists and policymakers I’ve interviewed there, value candid talk with global peers.

But what they see as an uptick in China-bashing has riled them and, I fear, made them more sympathetic to Chinese nationalist propaganda. To promote openness in Chinese science, it’s more important than ever that Chinese scientists feel valued within the global community.

A Chinese postdoc in Texas recorded her “anger, frustration and a yearning for support” as US-China tensions made her fear for her career. She credited honest dialogue with and support from US colleagues for helping to tear down walls.

Publicly doubting the integrity of any science conducted under an authoritarian regime or assuming that a Chinese scientist is a spy are counterproductive. In addition to embracing scientific collaborations, researchers can show support by sharing concerns over politicization, and by empathizing with how Chinese scientists can be caught between government censorship and Sinophobic bias.

In the first three months of the pandemic, more than 60 per cent of research papers on the subject were contributed by Chinese laboratories. Last April, China’s Ministry of Education issued a directive to enforce censorship, requiring Covid-related papers to be vetted before they could be submitted for publication.

By then, Chinese scientists had published 6.6 times more papers on Covid than they did on SARS in 2003. Those I spoke to early in 2020 in Beijing, Xi’an and Wuhan had anticipated censorship and frowned upon it.

“Western media is always xiashuo!” one geneticist told me – a sentiment I’ve heard often. Xiashuo, literally ‘talking blindly’, means speaking nonsense or spreading rumours. I reminded her that over-generalising about ‘Western media’ was just as biased as Western over-generalization about Chinese science.

I described how during the pandemic, journals such as The Lancet, Science and Nature have consistently advocated a fair appreciation of Chinese science. She rebuked me with quotes from mainstream media describing China’s research and development as a nefarious “rising red moon” that would “always be bad at bioethics”.

She also decried how a single scandalous incident, Xigu Chen’s creation of human-rabbit hybrid embryos in 2001, had been turned into an emblem of China’s ‘barbarian biology’ and how regional and institutional differences in policy enforcement are ignored abroad.

These broad-brush views have damaged Chinese scientists’ chances of publication, collaboration and fellowships. Others share her concerns. For example, when Chinese authorities halted all stem-cell clinical research in 2012 in response to global criticisms of commercial stem-cell therapies, many Chinese researchers felt like scapegoats for others’ faults.

Last year, the number of Chinese expatriates seeking to return to China increased by one-third. There was an obvious ‘Covod effect’. A survey found that China’s “better controlled pandemic”, “more convenient life” and “faster economic recovery from the pandemic” were top reasons.

But there was bitterness, too: 22.1 per cent of returnees worried that the international climate was not favourable to their careers, and 18 per cent said that their host countries had adopted policies unfavourable to Chinese people.

Meanwhile, the Chinese government touted high-profile returns and the idea that science knows no boundaries but scientists have nationalities.

I have often argued for the Chinese authorities to loosen political censorship over science for the sake of a vibrant, robust research culture. China produces 20 per cent of the world’s science publications, and this share is growing fast.

At a conference in Berlin on academic publishing last January, publishers worried whether China would continue to embrace global science, including allowing the reuse of data, or whether it would move towards a separate infrastructure that supports ‘Chinese journals for Chinese science’.

Openness cannot be achieved purely through external criticism. It is crucial that Chinese scientists feel supported and respected to promote the exchange of knowledge.

Africa can and should, decide how it harnesses its natural resources