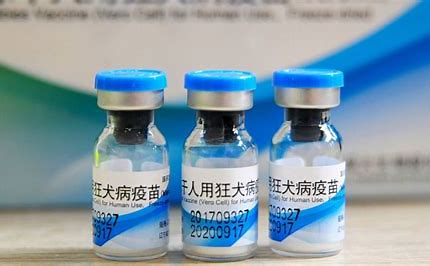 The World Health Organization (WHO) is considering approving two of China’s Covid-19 vaccines for emergency use, potentially opening the door to wide distribution in lower-income nations through the Covid-19 Vaccines Global Access (Covax) initiative.

A successful outcome in the coming weeks might boost global confidence in these vaccines, say scientists. China’s five different vaccines have not been used widely in wealthy nations, but are already sustaining immunisation campaigns in the global south.

“There is big demand for the Chinese vaccines,” says Firdausi Qadri, an immunologist at the International Centre for Diarrhoeal Disease Research, Bangladesh, in Dhaka.

One of the two vaccines under review is made in Beijing by Chinese state-owned firm Sinopharm. The other – named CoronaVac – is produced by private company Sinovac, also based in Beijing. If listed, they will join five COVID-19 vaccines already authorized by the WHO, but will be the first to use inactivated virus and the only ones not widely used in Western nations.

Sinopharm and Sinovac’s vaccines account for the bulk of shots given in China, which has so far inoculated 243 million people. More than 45 countries have already approved their use, but WHO is among the first stringent regulatory authorities to review the data.

“It is very important to have the support of the WHO,” says Rafael Araos, a physician and epidemiologist at University for Development in Santiago. A positive response will be “very good news for the vaccine developers and for the countries that are interested in getting these vaccines”.

WHO approval process assesses safety, efficacy and manufacturing quality, says Qadri. Approved products can be purchased by United Nations agencies. “Until that happens, it will be up to the individual countries to procure the vaccines and most countries will be not be able to,” she adds.

The vaccines could also help to address the current shortfall in vaccines available through Covax, an initiative led by international partnerships and agencies, including the WHO, to ensure that Covid-19 vaccines are distributed equitably.

Covax has so far shipped only about 50 million of the two billion doses it aims to deliver globally in 2021. India is meant to contribute one billion doses of its Covishield vaccine, but exports have halted, owing to the country’s ongoing Covid-19 crisis.

Deliveries to Covax of another WHO-listed vaccine produced by the pharmaceutical firm Pfizer have been limited and none of Johnson & Johnson’s have been shipped yet. Moderna’s vaccine was listed by the WHO on April 30.

As a result, Chinese vaccines are badly needed, says Gagandeep Kang, a virologist at the Christian Medical College in Vellore, India and a member of a technical group on immunisation that advises the WHO. The group met on April 29 to review data on the two Chinese vaccines, and will soon provide recommendations on their use.

Inactivated-virus vaccines have generally proven less effective than others in use. However, they still exceed the WHO’s 50 per cent efficacy threshold for emergency-use approval, making them important to reduce the global shortfall, argues Murat Akova, a clinical infectious-diseases researcher at Hacettepe University in Ankara. “If nothing else is available, I think these vaccines are a good choice.”

Chinese researchers were among the first to begin developing vaccines against Covid-19 in early 2020, but they have yet to publish full trial results. Some researchers have raised concerns that a lack of transparency could fuel vaccine hesitancy, but others say collating the data takes time and resources, and should be available for both front-runner vaccines within weeks.

China’s vaccines have had to be trialled elsewhere because the country didn’t have enough transmission itself to conduct them, says George Gao, who heads the Chinese Center for Disease Control and Prevention in Beijing.

So far, only scattered information from various nations has been released on Sinopharm’s Beijing vaccine, says Hilda Bastian, an independent scientist who studies evidence-based medicine in Victoria, Australia (Sinopharm is producing a second inactivated-virus vaccine in Wuhan). She hopes WHO will now release detailed data.

In early December, both the United Arab Emirates (UAE) and Bahrain approved it – making it among the first Covid-19 vaccines to be granted full clearance in any country. Approval was based on late-stage trial data, including a UAE study involving 31,000 participants.

These showed the vaccine was 86 per cent effective at preventing COVID-19 after two2 shots, with no deaths among immunized individuals. Documents published following the 29 April meeting suggest the combined trial efficacy over several countries was 78 per cent.

Data on CoronaVac from clinical trials and national vaccination campaigns have also emerged, with mixed results. Trials from Brazil and Turkey have revealed efficacy figures of 50.7 per cent and 83.5 per cent, respectively.

Researchers say the lower figure might be because Brazil includes mild cases of Covid-19 in its counting and because there is circulation of the P.1 variant, which is more transmissible and might be better at evading immunity. Results from an analysis following mass vaccinations in Chile have landed between these numbers, at 67 per cent.