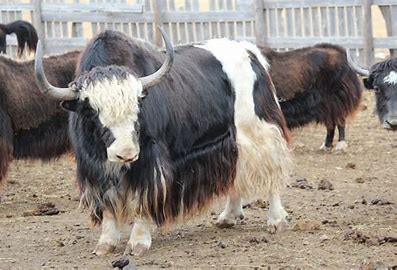 China plans to announce the first parks to be included in its new protected-areas system later this year. It is aiming to replace the current fragmented network of poorly managed protected areas with a national-park model similar to that in other nations.

Since the idea was mooted in 2013, the Chinese government has drawn on expertise from around the world and set up ten pilot national parks to test specific conservation strategies.

Yet, millions of people work in and around these areas, doing everything from farming to running hotels. And once the parks receive formal protection, there will be a much smaller window for commercial activities and these people risk losing their livelihoods, says Rose Niu, chief conservation officer at the Paulson Institute in Washington DC.

For the plan to succeed, China’s National Forestry and Grassland Administration will need to achieve a balance between protecting the country’s ecological systems and its people, Niu says. Her team has been closely involved in the plan’s development: advising on policy planning, training and the sharing of information between Chinese and international experts.

Proposed ideas to tackle the loss in earnings that local people could face include compensation schemes and the resettling of households. Jobs will also be created in park management and protection and in ecotourism to encourage residents to be employed as part of conservation efforts.

Niu thinks that encouraging local people to embrace this new economy, which also includes jobs in organic farming and wildlife management, is a very ambitious goal.

“People’s awareness of these ideas is, sorry to say, still not very high. So you have to develop very strict rules for planning and management, so any ecotourism doesn’t get out of control. This can happen quickly, because it’s such a lucrative area and China has a highly entrepreneurial culture.”

Economic development and environmental protection have a complicated history in China, born of the competing needs of boosting rural economies and conserving their natural resources. Short-term, profit-oriented projects have often won out.

For example, Jiuzhaigou, a biodiverse and famously scenic valley in Sichuan province, was designated a nature reserve in 1982 because of its endangered plants and animals, including giant pandas. Poorly managed tourism followed and the local economy boomed, but the reserve declined.

A sharp rise in air and water pollution led to the removal of private transport and the closure of hotels and restaurants in the reserve at the end of 2004.

However, simply suspending tourism projects to regain control over the environment has an immediate knock-on effect for local residents, says Linjing Ren, a public-policy researcher at Northwestern Polytechnical University in Xi’an, China. “Many rely on offering accommodation and catering services for tourists, and can suddenly lose their main source of income,” she says.

And despite government efforts, protected areas continue to be exploited for commercial use. As recently as 2016, officials from five provinces were disciplined for allowing environmental regulations to be flouted.

Their misdemeanours included allowing the discharge of untreated waste water into rivers and the mining of coal.

Having agricultural areas inside protected regions can also lead to conflict between people and wildlife. In the Qinling Mountains in central China, for example, the establishment of a nature reserve increased the numbers of animals such as bears and wild boar that eat and damage crops.

Unfortunately, the government’s financial compensation scheme does not completely cover such losses, according to Yali Wen, a researcher at Beijing Forestry University who specializes in economics and the environment.

“One thing that could be improved is more government funding for human and wildlife conflicts. Not only is this fair, but it gives communities an incentive to engage with the idea that natural resources need to be protected in the long term,” Wen says.

The need for a strategic approach to ensure the economic security of communities affected by the plan is urgent, given that four of the ten pilot parks are in western and central China, which contain the country’s poorest regions.

The Giant Panda National Park, for instance – a 27,133-square-kilometre wildlife corridor in central China – encompasses impoverished areas in Sichuan, Shaanxi and Gansu provinces. And most of the 17,000 households who live inside the largest pilot park, 123,100-square-kilometre Sanjiangyuan in the northwest of Qinghai, make their living by yak herding. Many have collective land rights, which allow them to use the land for grazing, says Lu Zhi, a conservation biologist at Peking University in Beijing.

But instead of paying compensation to local communities to convert swathes of land from grazing to parkland – an expensive exercise – the government decided to recruit one person from each household to retrain as a park ranger.

According to Niu, who evaluated the retraining scheme in 2019, each community ranger is paid 20,000 yuan ($3,100) per year to monitor wildlife and protect the local environment. This alternative livelihood makes them less dependent on the park’s natural resources, she says. “

The herders said that although that salary is not a lot of money – it’s roughly the price of three yaks – they were very proud to be doing this work. The project was well designed to give them a sense of ownership.”

Government statistics say that 17,211 herders have already been hired to monitor the conservation of grassland and wildlife and raise awareness of environmental laws.