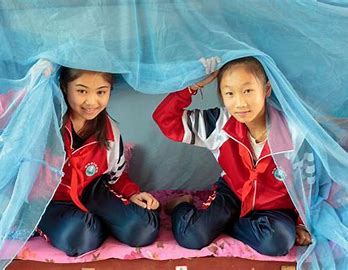 The World Health Organization (WHO) today is certifying China as free of malaria, after a decades-long effort drove an estimated annual toll of 30 million cases in the 1940s, including 300,000 deaths, to zero in 2017.

Along the way, China developed new surveillance techniques, medicines and technologies to break the cycle of transmission between the Anopheles mosquitoes that spread malaria parasites and humans.

Antimalaria efforts started in the 1950s with programmes to distribute antimalarial medicines to people at risk, reduce mosquito breeding grounds and spray insecticides. China launched a programme to identify new malaria drugs in the late 1960s.

Artemisinin became the key compound in the front-line drugs now used against malaria and won Tu a Nobel Prize in Physiology or Medicine in 2015. China was also among the countries pioneering the use of insecticide-treated nets in the 1980s.

Annual case numbers dropped over the years, reaching roughly 5000 annually in the late 1990s. In 2012, the country initiated a push to eliminate malaria with a “1-3-7” strategy, allowing local health facilities 1 day to report a malaria diagnosis, three days to investigate the case, and seven days to implement countermeasures.

In recent years, Chinese scientists have developed genetics-based approaches to track drug resistance and to distinguish indigenous cases from imported ones.

“China’s ability to think outside the box served the country well in its own response to malaria,” Pedro Alonso, director of WHO’s Global Malaria Programme, said in a statement.

After maintaining zero indigenous cases for three consecutive years, China applied for WHO’s malaria-free certification, which is being granted following a May inspection mission by the independent Malaria Elimination Certification Panel.

One requirement for winning certification is having a programme to prevent the reestablishment of malaria, a particular challenge because China shares borders with three countries where the disease is endemic: Myanmar, Thailand and Laos.

China is the 40th country – and by far the most populous one – to be certified malaria-free. The last three countries awarded the same status were El Salvador in February, Algeria and Argentina, both in 2019.