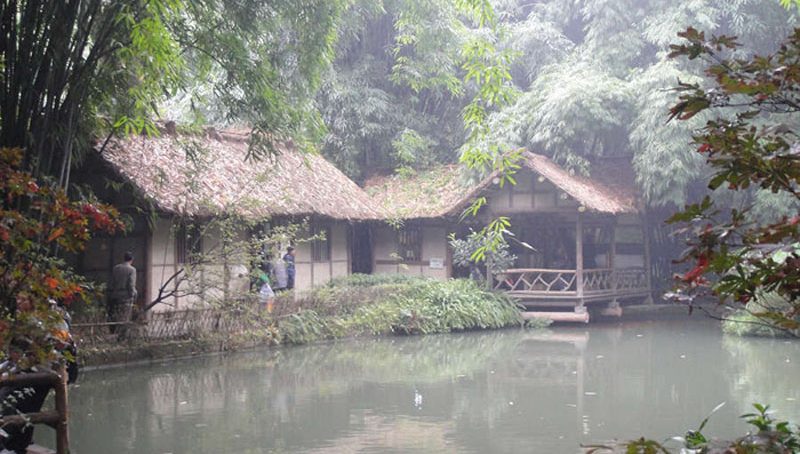 Terry Townshend, a wildlife conservationist and biodiversity adviser to Beijing’s government, has since 2017 been training yak herders in Qinghai in the kinds of skills that ecologists hope could be a model for sustainable development since 2017.

In 2016, he met the official responsible for Zaduo, a county in Qinghai Province where snow leopards roam the valleys, at a wildlife-watching festival organised by the Shan Shui Conservation Centre, a Chinese non-profit body. After mentioning that snow-leopard tours had been popular and lucrative in other countries, Townshend was invited to write an ecotourism proposal for Zaduo. Three months later, his ideas were given the green light.

“There’s very little literature on doing anything like this,” says Townshend. “I think it’s the first of its kind in China. I made it up from scratch. I remember flying there, thinking, is this really going to work? Are we really going to get Tibetan herders to come to a classroom to do training?”

Over three days, Townshend and other specialists gave 16 herders the skills they needed to host tourists and take them on tours of local wildlife spots – everything from cooking and basic first aid to animal tracking and identification. What was key to the project’s success, he says, was giving the community autonomy to make decisions.

By 2019, the project had generated one million yuan in revenue. “They made all major calls, from pricing the tours to deciding the programme’s organizational structure, and all of the income stays with the households,” says Townshend. “The long-term advantage is that the risk of local people killing wildlife is reduced, because they now see these predators as assets. It also means that tourism is carefully managed and profits [are] divided entirely equally.”

Townshend says the project was fortunate to have the three key elements he thinks are required for success: abundant wildlife, an effective community structure that can cooperatively deal with issues as they arise and the full support of local government.

From working with other snow-leopard-tourism teams in Italy, India, Nepal, Sweden and Afghanistan, he has found that projects missing any one of those ingredients are likely to fail. “Often, if the project is not effectively managed, there can be a breakdown in social cohesion. Families end up competing, with some benefiting more than others, causing jealousy and negative behaviour,” he says.

In 2018, Wen and his team at Beijing Forestry University surveyed 1,270 households inside and adjacent to the mooted pilot Giant Panda National Park. Around one-fifth had chosen to participate in local ecotourism schemes, such as running farm tours, providing catering and accommodation and selling local products to tourists. And Wen’s team found that those that did were already in a better economic and social position than were those who declined.

“The early adopters were those who could afford to take a risk. They were already financially secure, had some form of higher education and were well placed geographically to work with tourists,” says Wen, adding that successful ecotourism depends on the ability of participants to withstand the risks and difficulties common to starting a business.

“In China, this means having a combination of financial and social capital: enough money to provide a safety net and strong-enough community connections to ensure that you can get support when you need it,” he says. And ultimately, the tourists need to turn up: local government has to deliver a well-considered and managed plan to encourage tourism into the area, he says.

One challenge posed by bringing ecotourism into poor communities is that it has the potential to exacerbate existing social divisions. Wen’s survey participants complained that wealthy people in the area were better equipped to take advantage of the fresh economic opportunities. “They felt it resulted in a widening gap between rich and poor,” he says.

Yet, despite income disparities, and complaints about how tourists can be invasive, Wen says that overall attitudes towards ecotourism were extremely positive, with most locals agreeing that the advantages entirely outweighed the disadvantages. Many of the most attractive aspects of ecotourism stem from a shift in people’s daily priorities, his research suggests.

As agriculture has become more mechanized and fewer family members are needed to tend small plots, young people head to the cities for work. Creating ecotourism business models gives them an economic incentive to stay, he says. “Generations of families like the idea of being able to stay together, and the projects also increase people’s sense of pride in their home towns.”

Ecologists in China hope that future generations will develop and improve ecotourism projects in protected areas. Niu, who grew up in a remote area of China, says it is key that any change to a person’s way of life brought about by government policy is voluntary.

“No one should be forced to move, for example. But if people who live in remote areas are willing to move to places where they can access better public services, like schooling for their children and health care for seniors, the relocation should not be criticised,” she says. “The government should also give people opportunities to take part in sustainable business such as ecotourism, so they don’t have to rely on the overuse of natural resources.”

Lu has spent more than a decade developing a community conservation programme in the village of Guanba, in a part of Sichuan province that is also home to pandas. The programme includes a social enterprise that sells local honey. She says it took many years for people in China to come to appreciate these kinds of ecological products and for a market to grow around it. And it’s still in its early stages of profitability.

As the programme slowly developed and overcame setbacks, the community began to think more deeply about how to protect its environment. Eventually, in 2015, it declared the forest land around Guanba a community conservation area. Now the village has three separate ventures, all owned by the community. They are run by young people who moved back to the area to be part of this work.

Lu is confident that the village will benefit from the involvement of that younger generation.

“We are ecologists,” she says. “We are not trained in business management. We need to train people to do both. And ensure they bring these projects to life in far less than a decade.”