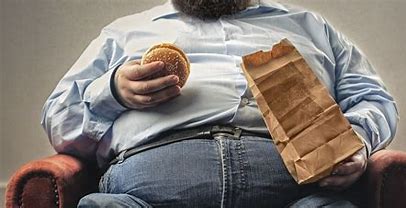 The world is getting fatter. It’s a general trend, but one that’s especially well illustrated in the United States. As of 2018, 42 per cent of US adults were obese – almost three times more than in 1980 and prior decades, according to government statistics.

With that comes rising rates of serious health problems, including diabetes, atherosclerosis, heart attacks and strokes.

One reason for all this weight gain is that American adults are consuming more: National figures suggest an increase of around 200 daily calories between the early 1970s and 2010. Another is that many are snacking like never before.

US adults ate about 20 per cent more of their daily calories as snacks in 2010 compared with the early 1970s, and many no longer observe the traditional three daily meals. One 2015 study of 156 US adults found that most ate more than four times a day, and some up to 15 times, with an average of about six.

Graph shows the prevalence of men and women who are overweight, obese or severely obese in the United States, 1960-2016, based on national health survey data from NCHS, NHES and NHANES.

In the past 50 years, obesity has become much more common in the United States, with the latest estimates classifying 42 per cent of adult Americans as obese.

But an increasing number of researchers think there is more to the rising rates of obesity than endless grazing. What also matters is timing: We eat when we shouldn’t, and don’t give our bodies a long enough break in between.

We didn’t evolve to eat many small meals day and night, says Dominic D’Agostino, a neuroscientist at the University of South Florida who studies the effects of nutrition on the brain. Instead, people evolved to deal with regular fasts: Until the dawn of agriculture around 12,000 years ago, we subsisted on hunting and gathering and often had to perform those activities with empty bellies. “We are hard-wired,” D’Agostino says, “to undergo periodic intermittent fasting.”

What’s more, these days people are eating at times of the day when historically they would have been asleep, says Satchin Panda, a circadian biologist at the Salk Institute in La Jolla, California, who wrote an overview on the timing of eating in the 2019 Annual Review of Nutrition. For thousands of years, he says, our nightly fast probably started much earlier than in these times of late-night TV and other electrified diversions (Zoom sessions, anyone?) that give us reason to stay up late and eat into the wee hours.

A 2015 report co-authored by Satchin Panda asked participants to digitally track everything they ate. The timestamped data revealed eating often extends into the night, and that most people’s nightly fasts last less than 12 hours.

The timing of eating matters for body weight and health, studies are starting to suggest. Though the research is still mixed, heavily animal-dependent and often hard to parse, the literature shows significant potential benefits from fasting every other day or so — or, on a daily basis, eating only when we would normally be awake, within a window of 12 hours or fewer, a practice known as time-restricted eating.

Such practices, which have attracted thousands of followers and are often referred to under the umbrella term “intermittent fasting”, seem to help ward off obesity, proponents say, and may alter the body’s metabolism in healthful ways.

More speculatively, there are signs in animal studies that the regimens might enhance athletic endurance and cognition, improve diabetes and perhaps even help to prevent or retard other medical conditions, such as cancer (see “Could fasting or ketone diets help quash cancer?”) and Alzheimer’s disease.

How Americans became a nation of snackers is complicated, but part of the problem is rooted in studies, starting in the 1960s, that found links between metabolic benefits, weight loss and eating many small, nutritious meals throughout the day.

Nibbling advice became a health mantra, partly based on the belief that frequent eating revs up the metabolism and makes the body burn more calories. This could be one of the reasons why “lots of people are now eating for 16 hours a day,” says biochemist Valter Longo, who studies genetics and nutrition at the University of Southern California.

Newer human research suggests that the mantra was ill-advised. It finds no support for the notion that endless nibbling increases metabolic rate, says Antonio Paoli, who studies the health effects of nutrition and exercise at the University of Padova in Italy.

Quite the opposite: One 2017 study that followed more than 50,000 members of the Seventh-Day Adventist Churches in the US and Canada found that people who ate three or more times per day gained more weight per year (as measured by the change in their body mass index over time) than those who confined their eating to one or two meals per day.

So, could breaks between meals actually be good for one’s health? Studies as far back as the 1940s have reported that regimens akin to intermittent fasting improved health and prolonged lifespan in animals like rats. But it was unclear whether the animals were healthier because of the breaks themselves, or because the regimen caused them to consume fewer calories.

One of the first hints that pauses in eating are healthy in and of themselves came from a 2003 mouse study led by neuroscientist Mark Mattson, who at that time was working at the US National Institute on Aging. He and his colleagues fed one group of mice every other day and compared it with a group fed every day. (The two groups ended up eating essentially the same amount of food overall.) Researchers also followed another group, which ate 40 per cent less.

After 20 weeks, the mice in the first two groups weighed about the same. But, strikingly, the alternate-day-fasting mice were healthier than the daily eaters, as was the fewer-calories group: They had lower blood sugar and insulin levels, signs that the pancreas is working more efficiently and suggesting that intermittent fasting might help to ward off diabetes.

The study also suggested brain benefits from intermittent fasting. When the scientists injected a nerve-damaging agent into the mouse brains, fewer nerve cells died in the alternate-day-fasting mouse group than the other two groups.

This added to earlier work by Mattson in which rats fasting every other day for three months had more nerve cells in the hippocampus, a brain region involved in learning and memory, than animals fed daily, as well as higher levels of a nerve-protecting chemical called BDNF.

These findings were the first indication that intermittent fasting might improve brain function, which from an evolutionary perspective makes sense, says Mattson, now at Johns Hopkins University. After all, when an animal is in a state of hunger, it needs the brain to stay sharp so it can find food.

Mattson’s later work suggested a mechanism: The increased brain levels of BDNF he had seen in alternate-day-fasting rats can increase the number of mitochondria, the cell’s energy factories, in neurons.

“Fasting is a mild energetic stress, and the neurons respond adaptively by increasing mitochondria,” he said in a 2014 TEDx talk at Johns Hopkins that has been viewed more than 4 million times. The mitochondria help the nerve cells produce more energy, boosting the maintenance and formation of synapses, the vital connections between nerve cells.

The time when you eat affects your health, but also raises questions about whether fasting is like eating less