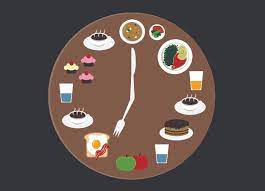 The time when you eat affects your health, but also raises questions about whether fasting is like eating less

One of the first hints that pauses in eating are healthy in and of themselves came from a 2003 mouse study led by neuroscientist Mark Mattson, who at that time was working at the US National Institute on Aging. Mattson and his colleagues fed one group of mice every other day and compared it with a group fed every day.

The two groups ended up eating essentially the same amount of food overall.) Researchers also followed another group, which ate 40 per cent less.

If Mattson’s findings in animals could be replicated in people, they would suggest that fasting every other day or so holds benefits beyond cutting calories. Such studies are difficult, however. Trials in which people eat less or nothing every other day, or every few days, consistently show weight loss and improved cardiovascular health.

But you can get similar results simply by cutting calories. It’s been hard to prove that the timing of eating is what matters.

In the longest human trial reported so far, nutrition researcher Krista Varady of the University of Illinois at Chicago and her team randomly assigned 100 otherwise healthy obese people to do one of three things for six months (followed by a six-month maintenance phase). This was to eat just 25 per cent of normal every other day (on non-fast days, they got to eat 25 per cent more than their needs); eat 75 per cent of their calorie needs each and every day; or eat normally, as a control group.

Since overall calorie reduction was equal in groups one and two, any edge that the first group had could be put down specifically to intermittent fasting.

But the study, published in 2017, found no difference between groups one and two: They lost the same amount of body weight on average (about seven per cent after the six-month dieting phase), and displayed similar measures for risk factors for heart disease and diabetes such as blood levels of cholesterol, sugar or insulin; or the body’s responses to insulin.

That the intermittent fasting offered no additional benefits beyond traditional calorie restriction was “pretty disappointing,” says nutrition scientist Courtney Peterson from the University of Alabama at Birmingham.

Varady’s study also suggested that fasting every other day is harder for people to stick with than cutting calories across the board. The intermittent group had slightly more dropouts than the calorie-cutting group (about one-third versus one-quarter, respectively) and would stray from the regimen, overeating on fast days and undereating on feast days. “On the fast days, some people felt pretty hungry,” Varady says.

Another strand of research suggests that restricting when we eat to only certain times of the day — ones when our species would normally have been awake — might be easier to stick with than periodically fasting for an entire day, and offer some of the same health benefits.

The first indication that timing of eating matters for health came from two studies, one in rodents and one in people. The rodent one, published in 2009 and led by sleep researcher Fred Turek at Northwestern University, showed that mice fed a high-calorie diet during the day (when the nocturnal animals would normally be asleep) gained a lot more weight than mice fed the same diet during the night (the creatures’ active hours). This happened even though the animals consumed the same number of calories overall.

The same year, neuroscientist Frank Scheer of Brigham and Women’s Hospital in Boston reported that putting people on an artificial, 28-hour “day” in a lab for 10 days (so that they often ate at times when they would normally be sleeping) led to increased blood pressure and levels of blood sugar and insulin. “That study,” Peterson says, “was a huge watershed study because it showed, literally, that the time when you eat affects your health.”

If eating when the body should be sleeping is unhealthy, then it follows that restricting eating to waking hours might be healthy. That’s what Panda’s team showed next. In studies published in 2012 and 2014, they reported that mice fed a calorie-dense diet during windows of eight to 12 hours at night (the animals’ active time) were protected from becoming obese and gained less weight than mice able to eat at any time — even though, again, both groups ate the same number of calories overall.

Restricting eating to just nine hours at night even caused obese mice to lose weight. It also lowered their blood sugar and improved glucose tolerance (the insulin-driven movement of sugar from blood into cells), suggesting that time-restricted eating might help to alleviate or prevent diabetes.

In rodents, limiting eating to an eight-to-12-hour window at night, when they are naturally active, leads to benefits in many different body systems, from reduced cholesterol, inflammation and microbial imbalance in the gut (dysbiosis) to increased endurance compared with others allowed to eat the same chow at any time. Drosophila fruit flies improve in sleep and heart health when fed only for 12-hour spans during the day.

The findings suggested that time-restricted eaters must somehow metabolise incoming calories in a way that’s better for the body, Panda reasoned. And indeed, he and colleagues found – also in mice – that time-restricted eaters excrete more sugar and cholesterol breakdown-products in their feces (a sign of a more healthful metabolism) than the mice fed at the “wrong” times of the day.

But just as with alternate-day fasting, it’s been difficult to show in people that the effects of time-restricted eating are due to anything more than old-fashioned calorie restriction.

For example, in a trial published in 2018, Varady asked 23 healthy, obese people to eat only during an eight-hour window between 10 am and 6 pm for 12 weeks. Participants lost about three per cent more of their body weight, on average, than controls who ate as usual, and also ended up with lower blood pressure.

But the eight-hour eaters also ate 300 calories less per day, making it impossible to tell whether the health benefits came from reduced calories, time-restricted eating or both.

So, for now, it’s unclear whether Panda’s mouse findings fully apply to people.

“It sounds too good to be true,” says research dietitian Michelle Harvie of Manchester University NHS Foundation Trust in the UK.

One human study published in 2007, she says, even suggested that restricting eating times too much can be bad: In it, people ate all their calories in a single meal between 4 pm and 8 pm Blood sugar levels rose, and glucose tolerance worsened, both signs of ill health.