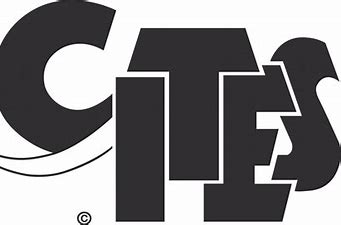 The first in-person meeting since 2019 of the UN Convention on International Trade in Endangered Species of Wild Fauna and Flora (Cites) kicks off today in Lyon, France.

The loaded agenda for the 74th Standing Committee contains 89 items related to the protection of more than 30 species and taxa of plants and animals. Most prominent among them, as usual, are Africa’s elephants, including issues on live trade in elephants, management of ivory stockpiles, and the closure of domestic ivory markets.

A statement signed and sent out by Cites Media Relations, Public Affairs and Production Consultant Donald Lehr, says, “Since a recommendation to close domestic ivory markets contributing to poaching or illegal trade was adopted by Cites in 2016, most ivory-consuming nations have taken steps to close or nearly close their illegal markets, including the US, China, Hong Kong SAR of China, the UK, European Union and Singapore.  Japan remains the most significant remaining open ivory market.”

Cites Decision 18.117, adopted in 2019, directed countries “that have not closed their domestic markets… to report to the Secretariat for consideration by the Standing Committee…on what measures they are taking to ensure that their domestic ivory markets are not contributing to poaching or illegal trade”.

Japan’s report in response to the decision states that it “has been implementing stringent measures to ensure that its domestic ivory market is not contributing to poaching or illegal trade.”

But a new study from the Japan Tiger and Elephant Fund (JTEF) finds that such stringent measures have never been implemented.  According to the study, the scale of Japan’s ivory market is vast, with a stockpile of 244 tonnes – 89 per cent of ivory stockpiles in Asia and 31 per cent of the world’s stockpiles.

“For years we have documented the government of Japan’s failure to control its loophole-ridden ivory trade and prevent illegal trade and export,” says JTEF executive director Masayuki Sakamoto.  “Nothing has changed.”

Members of the African Elephant Coalition (AEC), 32 African nations dedicated to protecting Africa’s elephants, have lobbied Japan to close its ivory market for years. Representatives from the governments of Burkina Faso, Liberia, Niger and Sierra Leone, in letters to Tokyo Governor Yuriko Koike in March 2021, wrote: “From our perspective, to protect our elephants from the trade in ivory it is vitally important that Tokyo’s ivory market be closed, leaving only limited exceptions.”

And now, with the worldwide closure of domestic ivory markets in sight, Cites is backtracking. In Standing Committee Document 39, the Secretariat recommends that the Standing Committee “invite the Conference of the Parties (which will meet in November) to agree that Decisions 18.117 to 18.119 have been fully implemented and can be deleted.”