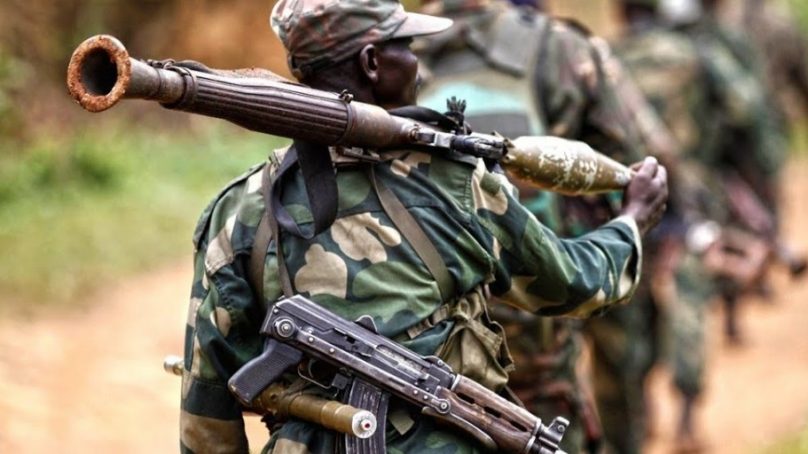 The Allied Democratic Forces (ADF) terror group is broadening its recruitment base from its traditional pool of Congolese and Ugandan fighters to Kenya and Tanzania. Countries in the region were made aware of this risk several years ago.

But as the Democratic Republic of the Congo (DRC) prepares to join the East African Community, there is new reason to worry.

In January, a Kenyan was arrested by the Armed Forces of the Democratic Republic of the Congo (FARDC) in the DRC’s north-eastern city of Beni. During the interrogation, the soft-spoken Salim Mohamed confessed that he and two friends were migrating from Kenya to South Africa via the DRC in search of better livelihoods. Their vehicle was attacked by rebels, who held them until they were captured by FARDC.

It wasn’t clear where Mohamed’s two alleged friends were. What was clear was that Mohamed was an ADF member experienced in working with Islamic State in Mozambique, Somalia, Turkey and Syria. After being released on bail over terrorism charges in Kenya, he had skipped court in 2020.

The police declared him missing, armed and dangerous and offered a Ksh10,000 000 ($88 000) reward for information on his whereabouts. On the day of his arrest, a graphic video of Mohamed and two others in ADF regalia surfaced online. The trio was supervising a child of about five years, beheading a dead man.

The FARDC arrested three Tanzanian ADF members in Beni in the first week of February. According to FARDC spokesman Anthony Mwalushay, this was the first time Tanzanian nationals were detained as part of the terror group. A week later Zazrad Saidi, a female Tanzanian from the group, was arrested in Beni.

Interviews with law enforcement in the region indicate that the ADF has also recruited from Rwanda and Burundi.

The ADF is a classic example of a ‘nexus’ criminal outfit that is both a terrorist and a transnational organised crime group. It was formed in 1995 as a disgruntled coalition of rebel forces determined to topple Uganda’s President Yoweri Museveni’s government.

The group retreated to the eastern DRC, where it has destabilised the region for years, killing about 6,000 civilians since 2013.

The ADF has since 2016 transformed itself into an Islamic State-affiliated terrorist group. It had about 1,300 combatants in 2012, and the numbers have fluctuated in the face of military operations against the group.

The ADF also collaborates with al-Shabaab by training young people in its camps and sending them to Somalia to fight. The group was added to the United States government’s list of foreign terrorist organisations in March 2021.

Last year, even as ADF attacks intensified in eastern DRC, the terror group turned its attention to Uganda. There was a failed assassination of the country’s Works and Transport Minister General Katumba Wamala, and an attempted suicide bomb attack during the burial of the former deputy inspector general of police, Paul Lokech.

In early October, Islamic State claimed an assault on a police station in Kampala, which the police later said they had thwarted. In mid-October, the United Kingdom issued a warning that terrorists would probably carry out indiscriminate attacks in Uganda.

Days later, 13 ADF suspects, including a pastor and an engineer, were arrested. On November 16, two suicide explosions in central Kampala killed four people and injured 33 while police disarmed two other bombs.

The ADF is also a transnational organised crime group. While its tail is intertwined in illicit business activities in eastern DRC, its head is embedded in Uganda with terror financing and money laundering.

In the DRC, the group profits from taxation on illegal timber production in Eringeti and gold mines near Bialose village along the Lesse River. ‘The ADF’s motive is purely terror,’ according to a source from the Goma region who works with victims of the group. ‘They terrorise the communities and chase people away from their lands in order to have access to the mines.’

The ADF controls many mines in the north of Beni and partly finances its activities by illegally exporting other minerals such as wolframite, coltan and cassiterite. This backs the argument that the group’s primary motive is organised crime facilitated by terror tactics.

In Uganda, businesspeople in the petroleum and real estate industries fund and launder proceeds of the terror group. This was evidenced by the October 2021 arrest of three people accused of financing the ADF to the tune of USh1.8 billion ($506 000).

The East African Community aims to enhance a regional market, create a customs union and a single currency, and forge a political federation among its member states. This, together with the DRC joining the body, will enable the free movement of East Africans across a much wider region.

The ADF could use these advances for its gain, as transnational organised crime thrives with development. The movement of weapons and fighters would also be easier, which could facilitate the group’s growth and attacks in East Africa. This aligns with the Islamic State’s expansionist agenda of creating provinces worldwide.

The DRC has acknowledged that it faces dire security problems in its eastern regions and is keen on a regional drive to tackle the protracted conflict. The East African Community won’t benefit from the enormous value the DRC brings to the economic bloc unless it deals with the intensifying ADF threat.

East African heads of state need to agree on a common approach to dismantling the ADF. As a first step, the region should revise its anti-terrorism strategy and draw up an organised crime strategy for member states.

South African intelligence, police slammed for sleeping on the job as US Treasury slaps sanctions on terrorism financiers