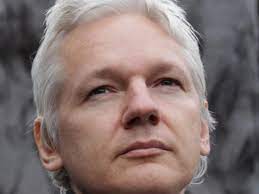 US authorities will be allowed to continue their appeal against the decision not to extradite Julian Assange, a court has ruled. In January, District Judge Vanessa Baraitser concluded that the WikiLeaks founder, 50, should not be sent to the US because he was at “real risk of suicide”.

But at a High Court appeal hearing on Wednesday, US lawyers convinced two judges that the psychiatrist report used in the original case had “misled” Judge Baraitser by not disclosing the true nature of Assange’s relationship with his partner.

Clair Dobbin QC, acting on behalf of the US, said Professor Michael Kopelman had “failed in his duty to the court”.

“Experts aren’t allowed to mislead the court for any reason, let alone apparently … to protect the privacy of Mr Assange’s family,” she said. “We say that ought to have been of real concern to the court and it ought to have come to a much more exacting analysis of Professor Kopelman’s evidence.”

Ms Dobbin also alleged that Assange does not meet the threshold of being “so ill” that he would not be able to resist harming himself in a US prison.

“He has not made the sort of serious attempt on his life or have the history of serious self-harm seen in other cases,” she said. “Part of the appeal will be that Mr Assange did not have a mental illness that came close to being of that nature and degree.”

She told the court that he had been able to withstand “dire” conditions inside the Ecuadorian embassy for seven years, managed to host a show on Russia Today and aid fellow whistle-blower Edward Snowden flee the US.

Assange’s supporters, including former Labour leader Jeremy Corbyn, gathered outside court ahead of the hearing on Wednesday morning.

Mr Corbyn described Assange as a reporter “in the tradition of fearless journalism” and insisted the only thing he had done through his work was to highlight “a truth that was embarrassing to the US”.

He was applauded by protesters who shouted “free Julian Assange” and “jail the war criminals” as uniformed police looked on. Assange has received high profile support from several celebrities over the years, including Pamela Anderson and Dame Vivienne Westwood.

The charges against him come after WikiLeaks published hundreds of thousands of documents about the wars in Afghanistan and Iraq in 2010. The 50-year-old has been held at Belmarsh prison in London since 2019 after being removed from the Ecuadorian embassy for breaching his bail conditions.

He went there in 2012 to avoid extradition to Sweden to face sex offence allegations, which he denied and were eventually dropped.

Ahead of the hearing, Assange’s partner Stella Moris visited him in prison on Tuesday and appealed to US President Joe Biden to drop the case.

“The US government is exploiting the inherently unfair arrangement between the US and the UK,” she said. “They are exploiting the inherently unfair extradition arrangements with this country in order to arbitrarily prolong his imprisonment. For every day that this colossal injustice is allowed to continue Julian’s situation grows increasingly desperate.”

The final appeal will be heard at the High Court on and October 27-28.