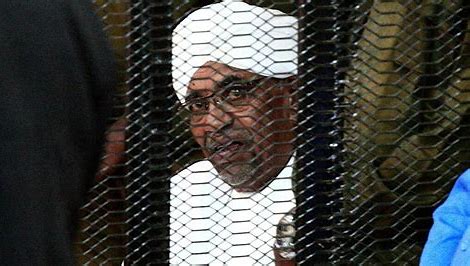 The Sudanese government will hand Omar al-Bashir over to the International Criminal Court (ICC) along with other officials wanted over the Darfur conflict, according to a Cabinet of Ministers in a statement to CNN.

Bashir, who ruled Sudan for three decades before being deposed in 2019, faces charges of genocide, war crimes and crimes against humanity in Darfur.

The conflict in Darfur began around 2003 when several rebel groups took up arms against the government in Khartoum. They had grievances over land and historical marginalisation.

In response, the government’s counterinsurgency strategy targeted the opposition groups, but reportedly expanded to target tribes associated with the insurgents. The government-backed Janjaweed militia was also accused of raping women in Darfur, and the government was accused of using chemical weapons against the community.

In 2009, the ICC’s chief prosecutor first issued an arrest warrant for Bashir on charges of genocide and war crimes related to Darfur. The court issued another arrest warrant in 2010, but in 2014 had to suspend the case because of lack of support from the United Nations Security Council.

On Wednesday, ICC Prosecutor Karim Khan said that he is mandated – as an ICC official and in accordance with his mandate from the UN Security Council – to conduct independent investigations into what happened in Darfur.

Khan said that he seeks the cooperation of anyone who has information about these events and that this “requires the cooperation and assistance of the Sudanese, whether in Darfur or Khartoum, on all the crimes that have been committed, including mass killings, crimes against humanity and other crimes as everyone’s responsibility.”

Bashir was the first sitting president to be wanted by the ICC, and the first person to be charged by the ICC for the crime of genocide, according to the court’s website.

Under his iron grip an entire generation grew up in the shadow of war, where the threat of torture in infamous “ghost houses” was never far away, and press freedom non-existent.

He was ousted in a military coup in April 2019 following a lengthy popular uprising, and in December 2019 was sentenced to two years in a correctional facility after being found guilty of corruption and illegitimate possession of foreign currency.

He has been imprisoned in the same notorious Khartoum jail where generations of political dissidents were held under his rule. Sudan’s ruling military council previously said that while it would prosecute al-Bashir it would not extradite him to The Hague.

In August 2020, Sudanese authorities and key armed movements from Darfur signed a peace deal, however, violence in Darfur still persists, with at least 125 brutally killed in April this year.

Despite the recurring violence, the UN and African Union ended peacekeeping operations in Darfur in December.