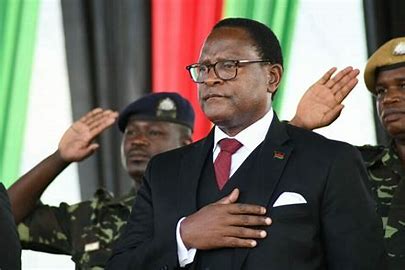 Malawi’s Anti-Corruption Bureau has arrested the energy minister and two other officials for alleged corruption involving a state oil contract.

Malawi Energy Minister Newton Kambala has been arrested along with presidential adviser Chris Chaima Banda and Enock Chihana, a partner in the governing Tonse Alliance.

Martha Chizuma is the director of the Anti-Corruption Bureau, or ACB. She told a televised press conference the arrests Monday stem from investigations into complaints from the National Oil Company of Malawi, or NOCMA, about interference in awarding of contracts to fuel suppliers.

“The other part of this investigation was alleged serious political interference and some corrupt practices in the procurement process,” Chizuma said. “And there is a recommendation that there must be prosecution of those that were allegedly involved.”

The probe also determined that Chihana and Banda aided and abetted Kambala when he attempted to influence the award of the contract to supply 40,000 tons of fuel to one supplier. Political analysts said the arrests, the first of the president’s allies, show Chakwera’s anti-corruption drive is targeting not only members of the former ruling party.

Sheriff Kaisi is a lecturer of political science at Blantyre International University.

“Now he has started living by his word,” Kaisi said. “Because historically and traditionally in Malawi, it’s rare that you see the government or any government institution that is enforcing governance issues for example to arrest someone holding ministerial position.”

Chakwera previously had been accused of targeting only officials of opposing parties in the anti-corruption campaign when he took power in June of last year. However, Kaisi says the challenge now is delays in prosecutions.

“We need to quickly point out that at the Anti-Corruption Bureau there are quite a lot of cases,” Kaisi said. “Some have taken 20 years and they have not yet concluded. So, we are asking the government through anti-Corruption Bureau that the president has started living by his words, what is remaining now is to move very fast so that due process of the law should go normally.”

The ACB said the three suspects will appear in court soon after it finishes interrogating them.