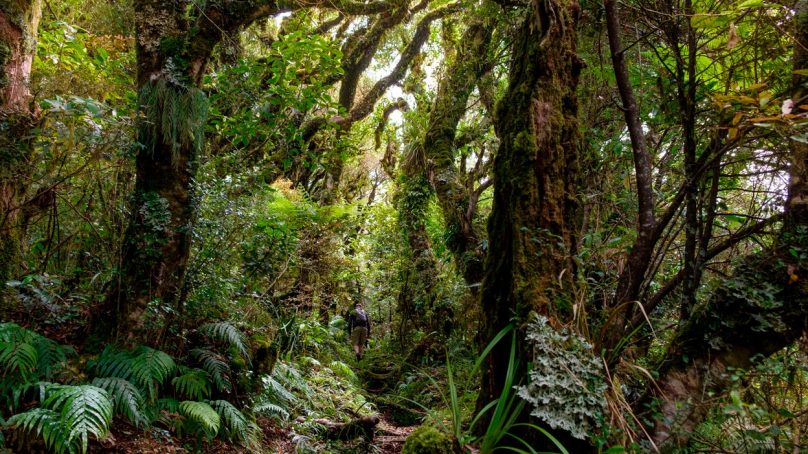 In June 2018, 180 cars fanned out across Denmark and parts of Germany on a grand insect hunt. Armed with white, funnel-shaped nets mounted on their car roofs, enthusiastic citizen naturalists roamed through cities, farmlands, grasslands, wetlands and forests. The drivers sent the haul from their ‘InsectMobiles’ to scientists at the National History Museum of Denmark in Copenhagen and the German Centre for Integrative Biodiversity Research in Leipzig.

The researchers dried and weighed the collections to determine the total mass of flying insects in each landscape. They expected some bad news. The previous year, scientists in Germany had found that the flying-insect biomass in their nature reserves had plunged by 76 per cent over 27 years. Similar studies had led to news headlines that screamed of an ongoing “insectageddon” and “insect apocalypse”.

But when the researchers tallied the InsectMobile results, they didn’t see evidence of declines everywhere. Insect biomass totals were higher than expected in agricultural fields, and indeed in all places except cities in their study, which is yet to be peer reviewed.

Aletta Bonn, an entomologist at the Leipzig centre and a co-author of the study, says this could be because the fertilisers that farmers use are leading to lush plant life, which is reverberating through the ecosystem. That said, she cautions, not every insect species in the study area might be doing well; some could be thriving, others not so much.

“We do need to understand better what kind of insects are affected and to which degree,” Bonn says. “I think the generalization that all agriculture is bad – I wouldn’t say so.”

The findings resonate with what biologist Mark Vellend and his colleagues have seen in their studies of trees at the edge of boreal forests in eastern Canada. They’ve found that spruce, eastern white cedar, eastern hemlock and American beech have been struggling to maintain their roothold since European and American settlers began clearing land more than a century ago.

But poplar, paper birch, maple and balsam fir are thriving. Vellend, who teaches at the University of Sherbrooke in Quebec, Canada, poses a question to his students every year: if they were to count the plant species in the province, would the number have gone up or down since Europeans arrived?

Most students so far have got it wrong. “Many of them are surprised to learn that there’s 25 per cent more [species] than there were 500 years ago, before people of European origin laid a foot here,” Vellend says.

Something odd is going on in biodiversity studies. Scientists have long warned that animal and plant species are disappearing at an alarming rate. In 2019, an international group of hundreds of researchers produced the most comprehensive report on biodiversity ever assembled, and they concluded that some one million animals and plant species are facing extinction. On top of that, humans have cleared landscapes and chopped down nearly one-third of the world’s forests since the Industrial Revolution — all of which bodes poorly for protecting species.

So, scientists naturally assumed that they would find precipitous declines in biodiversity nearly everywhere they looked. But they haven’t. And a consensus is emerging that, even though species are disappearing globally at alarming rates, scientists cannot always detect the declines at the local level. Some species, populations and ecosystems are indeed crashing, but others are ebbing more slowly, holding steady or even thriving.

This is not necessarily good news. In most places, new species are moving in when older ones leave or blink out, changing the character of the communities. And that has important implications, because biodiversity at the small scale has outsize importance; it provides food, fresh water, fuel, pollination and many ecosystem services that humans and other organisms depend on.

“Ecosystems don’t work at the global scale,” says Maria Dornelas, an ecologist at the University of St Andrews, UK. “I’m interested in what is happening to biodiversity at the local scale, because that’s the scale that we experience.”

Scientists say it’s clear that there’s a biodiversity crisis, but there are many questions about the details. Which species will lose? Will new communities be healthy and desirable? Will the rapidly changing ecosystems be able to deal with climate change? And where should conservation actions be targeted?

To find answers, scientists need better data from field sites around the world, collected at regular intervals over long periods of time. Such data don’t exist for much of the world, but scientists are trying to fill the gaps in Europe.

They are planning a comprehensive network, called EuropaBON, that will combine research plots, citizen scientists, satellite sensors, models and other methods to generate a continuous stream of biodiversity data for the continent. The effort will inform European policymakers, who are pushing for a strong and verifiable global biodiversity agreement when nations next meet to renew the United Nations’ Convention on Biological Diversity (CBD) – an international pact to halt and reverse biodiversity loss.

Biological diversity is a shape-shifting term that has been used in many ways. The CBD takes a broad approach, defining it as “the variability among living organisms from all sources”. This includes, it says, “diversity within species, between species and of ecosystems”.

“Everybody could sign up to such a definition,” says Chris Thomas, an ecologist at the University of York, UK. “It means that different people can pick on different aspects that are all included within that all-encompassing definition, and find almost whatever trend they want.”

Scientists measure biodiversity through many metrics, but the most common is species richness: a simple count of the number of species in the area. They also check the relative abundance of different organisms – a metric called species evenness – and track the identity of species to learn the ‘community composition’. Further complicating matters, scientists sometimes tally biomass instead of species richness, especially when it comes to insects.

Using such measures, the clearest signal that the world is losing biodiversity comes from the bookkeeper of species, the International Union for Conservation of Nature. It has found that 26 per cent of all mammals, 14 per cent of birds and 41 per cent of amphibians are currently threatened globally.