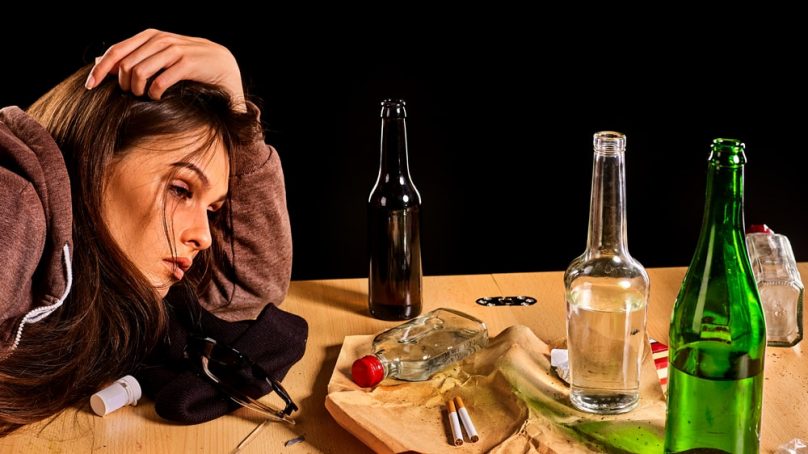 Bingeing: Has Covid-19 got the world drinking more than before?

Sourdough and baking helped many people cope with 2020 and many have found solace in family Zoom calls. But for millions around the world, the stress of the pandemic and tedium of lockdown life saw them seek the comforting embrace of another, fickle friend: alcohol.

Like most social behaviours, drinking habits have been upended by pandemic restrictions. With people furloughed and working from home, wine bottles have been opened earlier and earlier in the day. But one major role of booze in normal times is to act as a social lubricant and with bars and pubs closed and parties banned, other drinkers have simply lost the taste for it.

So, has Covid-19 got us drinking more, or less, than before? Public health researchers are trying to find out – to see if the events of 2020 have helped the world to sober up, or if we’re all heading for the mother of all hangovers.

They’re finding that age and outlook on life drive our response to lockdown. Younger drinkers seem happier to find other things to do, while their stressed-out parents are more likely to be seeking solace in the bottom of a glass.

“The overall picture is just really messy,” says Colin Angus, an alcohol policy modeller at the University of Sheffield Alcohol Research Group in the UK. “Some people are going to be behaving in different ways to others. And that’s going to vary by demographic factors but also by geography.”

Data from the UK highlight this blurred picture. In May last year, a survey that asked more than 20,000 people about alcohol consumption in 2019 and 2020 found a spike in high-risk drinking following lockdown, from around 25 per cent to 38 per cent. But the same survey reported a near doubling in the number of high-risk drinkers who said they were trying to cut down, up to nearly 29 per cent from 15 per cent.

Survey after survey in different countries and regions finds this same picture, says Henk Hendriks, a nutrition consultant in Zeist, the Netherlands, who wrote an article on alcohol and human health in the Annual Review of Food Science and Technology last year. “About half of people report they are drinking about the same amount as before, while about a quarter drink less and a quarter say they are drinking more,” Hendriks says.

Scientists who track large-scale trends in alcohol consumption tend to take such survey results with a healthy dose of salt and vinegar. With bars closed, drinkers often indulge differently – for example, many people in the UK choose to drink beer when out in pubs but wine at home, Angus says. This can make it difficult for people asked in surveys to accurately compare the overall amount of alcohol they drank during lockdown at home with what they drank, say, six months or a year previously.

“People are really bad at that. It often gets painted as ‘People are lying,’ but it’s just genuinely quite hard to answer that question,” Angus says. “We drink in quite a chaotic way.”

In search of more reliable data, Angus turned instead to information on alcohol duty provided to tax authorities by retailers. “HM Revenue and Customs data is as close to gold standard as we can get,” he says. “It’s pretty hard to cheat the tax man.”

Based on tax data, Angus says the most likely scenario is that total alcohol consumption probably dropped around the time of the first lockdown in the spring, driven by a collapse in beer sales when pubs closed.

But subsequently UK drinkers more than made up for it, especially as home drinkers opened more bottles of wine and spirits through the summer. Overall, he thinks the pandemic increased UK alcohol consumption by a pretty significant 3 per cent.

What about other places? International surveys are the most plausible way to compare across borders and one of the biggest is run by a team of European scientists, including clinical psychologists at the Technical University of Dresden in Germany.

Between April and July 2020, the project surveyed more than 30,000 people across 21 European countries. It asked them about changes to their drinking habits in the previous month: how frequently they drank, how much they consumed when they did so, and how often they binged, defined as six or more drinks in a session.

The results are subject to bias from the shaky recall of participants and because, as with many online surveys, those who respond are unlikely to fairly represent the national populations. But they do suggest the British could be unusual in drinking more when faced with the initial lockdown.

The UK was the only country to report an increase in overall drinking. Ireland showed no change, while alcohol consumption in every other nation surveyed fell significantly.

Some unusual evidence supports this continental decline. Forensic scientists analysed the wastewater flushed away by the citizens of the Austrian city of Innsbruck and found that levels of ethyl sulfate – a metabolite of alcohol – dropped sharply after lockdown. The change corresponds to about a 20 per cent decrease in drinking, the study concludes.

A more global survey led by psychiatrists at the UK’s University of Cambridge and including 1,346 people across 83 countries found the same picture: While overall weekly drinking during quarantine remained about the same or was reduced in the US, Canada and other nations, the UK reported an increase.

The European survey calls the increased drinking in the UK an “alarming anomaly.” It could be down to particularly high levels of distress in response to the pandemic, the scientists suggest, combined with a culture that more widely embraces alcohol as a coping strategy.

As part of lockdown restrictions, countries including South Africa, Thailand and India have introduced temporary blanket bans on alcohol sales – to reduce the risks of domestic violence and drink-fuelled accidents and to encourage people to comply with social distancing.

Russia, Georgia and Greenland are among those to limit some sales. Attempts to do so in France were ultimately abandoned in part over concern for those who might suffer acute alcohol withdrawal symptoms.

At the other end of the scale, Canada, New Zealand, the United States and the UK all classed alcohol supply as an “essential service,” allowing retailers to remain open and in some cases loosening rules on online sales and delivery.

How to understand and manage emotions, build flourishing connections