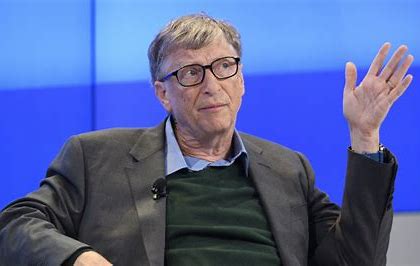 When the news first broke that Bill and Melinda French Gates were getting divorced, it punctured the public image many of us had of the glossy magazine-cover power couple, seemingly as committed to each other as they were to saving the world.

That revelation, however, probably barely registers in your memory, as a far more explosive story emerged shortly after, with top news outlets describing Bill Gates as a serial philanderer, if not a sexual predator – allegedly seeking out romantic relationships with his subordinates and failing to investigate sexual harassment perpetrated by a senior employee.

Bill Gates has denied the reports, which are largely based on anonymous sources. Melinda French Gates, though she continues to co-lead the Gates Foundation with Bill, has remained noticeably quiet on the side-lines, as the punishing news cycle continues – led by news outlets that have long lavished both of the Gateses with praise.

This crush of reporting, however, hasn’t thoughtfully connected back to the Gates Foundation, or recognised how the #MeToo allegations surrounding Bill Gates seem incompatible – or radioactive – next to the foundation’s carefully manufactured women-forward, equity-centric brand.

If this does come to pass – if, for example, Bill has to step down – that would be not just a stunning development for the world’s most powerful philanthropy but also a damning reflection of our obsession with the cult of personality.

That is, our sudden reassessment of Bill Gates’s personal character doesn’t reckon with his private foundation’s decades of grossly undemocratic meddling in political affairs, its colossal failures trying to manage the pandemic response, its zealous and destructive efforts to monopolise global health, or the rampant appearance of self-dealing in its charitable grant-making. We are still far from a place where we can have a serious conversation about these abuses of power.

Instead, the media remain focused on Bill Gates’s “wandering eye,” as The New York Times awkwardly phrased the #MeToo allegations that he faces of using Microsoft and the Gates Foundation as his sexual playground.

The ongoing investigation into Gates’s treatment of women relays a vital story that is absolutely deserving of the attention it is receiving from journalists. But it can’t be the whole story. Seriously interrogating Gates’s exercise of power means looking into what may be a much wider set of victims – and accomplices.

For years, we have willingly, even gleefully, allowed Gates to play by a different set of rules than the rest of us, treating him as too important to criticise. Our democratic institutions – Congress, the IRS, and Washington state’s attorney general – looked the other way as the Seattle-based Bill & Melinda Gates Foundation acted in a decidedly uncharitable manner: donating tens of millions of dollars to the private school the Gateses’ children attended, while also giving millions to advocacy groups that fight regulation of billionaire charities; donating billions of dollars to private companies, including some companies in which the foundation is invested; collecting intellectual property from its grantees and housing it with a patent troll (a company run by Nathan Myhrvold, the former chief technology officer at Microsoft whose name has also bubbled up in reports about Jeffrey Epstein); and generating billions of dollars in tax savings for the Gates family in the process.

The news media, for its part, has not only overlooked the foundation’s contradictions for most of the past decade but put its weight behind deifying Bill Gates, often openly trading in fiction and mythology.

The same outlets that are now targeting him previously spent years inflating his character – endorsing him as a warm and virtuous sweater-wearing saint of a man, unimpeachable in his devotion to fixing the world, and highly effective in these efforts.

And they’ve presented this hagiography with a passion that has routinely betrayed the basic currency of journalism: the facts.