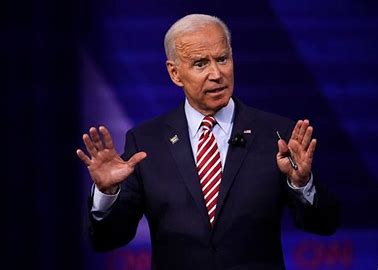 There is no way the US government will fix what’s wrong with internet platforms without reducing their profits. President Biden must choose between the happiness of those who own the platforms and the safety and wellbeing of everyone else.

The platforms’ profits depend in part on giving disproportionate weight to society’s most radical viewpoints. With billions of users, harm is inevitable. The companies know this and do everything in their power to protect the business model. To paraphrase The Atlantic’s Adam Serwer, extremism is the point.

There is no silver bullet. Despite Biden’s appointments of major tech reformers, he has a steep hill to climb. Reform will ultimately require legislation and legal action in three arenas: consumer safety, privacy, and antitrust. Biden needs a plan that addresses all three and must buy time to execute it.

For one, there needs to be legislation to require that all technology companies anticipate and mitigate harms prior to shipping a product. This would require an amendment to Section 230 of the Communications Decency Act, which gives internet platforms legal protection from responsibility for harms and crimes committed by others using their technology, even when the platform encourages such behaviour.

Imposing liability and placing limits on recommendation engines and algorithmic amplification for attention are the minimum requirements to protect consumer safety. A promising bill was introduced in the last Congress by representatives Anna Eshoo and Tom Malinowski and an updated version will soon be reintroduced with a larger list of sponsors. But an appropriate consumer protection law may take years.

The US has no national law to protect consumer privacy. As a result, nearly every major corporation has embraced some form of surveillance capitalism, converting human experience into data for the purpose of predicting and manipulating human behaviour.

For marketers, data is like a drug, providing an illusion of precision that has never been available before. For consumers, surveillance capitalism leads to a loss of autonomy. A functioning democracy would side with its citizens, eliminating third party use of sensitive data, such as location, health and browser history, while forcing corporations to ask permission every time they want to use other personal data. Europe’s GDPR and the various state laws do not come close to the minimum required to protect consumers.

Antitrust is the only regulatory vector that offers the prospect of quick results. Opposition to royal monopolies was one of the drivers of the American Revolution. When the Industrial Revolution ushered in a new era of concentrated economic power, the country fought monopolies again for nearly a century, until Robert Bork began emasculating antitrust laws in the 1970s.

Since then, the economically powerful have enjoyed almost complete freedom. Even when they were fully enforced, existing antitrust laws never contemplated the kind of economic power deployed by internet platforms, something made obvious by the opinion of a federal judge who threw out antitrust cases against Facebook filed by the FTC and state attorneys general.

Fortunately, Biden and his new appointees can still play hardball with existing antitrust laws. The game-changing opportunity would be for the Department of Justice to join or take over the (apparently strong) price fixing case against Google and Facebook filed by the attorney general of Texas.

As it happens, the penalty for price fixing typically includes prison time for executives. A federal prosecution with felony indictments would likely change those executives’ incentives.

Similarly, Biden might also direct the Securities and Exchange Commission to investigate Facebook, and potentially others, for potential revenue recognition fraud. Facebook has been accused of overstating user counts and has admitted to overstating ad views.

While advertisers have chosen not to pursue a legal case, the SEC should determine whether the harm to shareholders justifies a fraud case.

In addition, the advertising markets created by Google, Facebook, and others, which have roots in Wall Street’s high-frequency trading, should be subject to regulation by the Commodity Futures Trading Commission, which would open them up to scrutiny and possibly limit anticompetitive behaviour.

If President Biden forces internet platforms to stop amplifying and recommending disinformation, he will go a long way toward his top priority of ending the Covid pandemic. He has the right team for the job. If he lets that team play hardball, it will also help restore democracy, privacy, and competition.