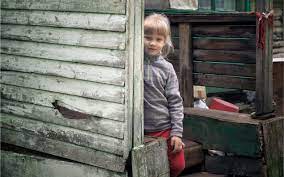 In a major shift from traditional data collection on human development, psychologist Seth Pollak says getting to understand what children think of their material status provides important insights into they emotional and cognitive growth.

Poverty affects nearly one in seven American children – about 10.5 million kids in total – and it has a long reach. Children living in poverty experience more stressors that can hinder healthy emotional and cognitive development and contribute to well-documented disparities in education, employment, and physical and mental health.

Researchers studying how poverty and adversity affect children’s development often track how negative experiences – be they poverty itself or factors such as having an incarcerated parent – affect decision-making, stress levels or aspects of brain function. But Seth Pollak, a psychologist at the University of Wisconsin-Madison, says that most of these efforts miss a crucial but long-overlooked component: children’s perceptions of their experiences.

Pollak studies how early experiences, especially negative ones, shape how kids think and feel about the world, and alter the brain circuitry in charge of those processes. In a 2020 article in Annual Review of Developmental Psychology, he describes a strategy for studying how young children learn to understand emotions.

He argues that if you want to understand the effects of adversity, it’s time to move beyond looking at “objective” measures of kids’ environments, and instead take a more anthropological approach by asking children how they felt about their experiences. After all, he says, “something isn’t ‘adverse’ until a person experiencing it decides it’s adverse.”

Pollak spoke with Knowable Magazine about the importance of studying individual differences in experience. This conversation has been edited for length and clarity.

Q: What led you to study how adversity and poverty affect children?

In the 1980s, when I was in graduate school, psychologists were just starting to explore the idea that experience affects brain development and research on brain plasticity was coming into vogue. As an undergraduate, I had studied anthropology, where the whole discipline is about how the experiences, we’re immersed in affect an individual. So, I was conceptually ready for what ended up becoming a big thing in the field.

At the time, I wasn’t particularly interested in adversity, but my mentor had a set of data from kids who had experienced severe abuse and neglect. For me, it was an opportunity to look at how atypical experiences influence people.

Q; How have researchers traditionally studied how poverty and adversity affect kids?

Early on, research on child adversity was very behaviourally oriented: things like observing kids on the playground or focusing on the personality characteristics of the parents. There was really no connection to biology. Also, research methods were not very sophisticated – administering parent or teacher questionnaires, or watching kids play – and, in fact, the field did not have tremendous respect within the biobehavioural sciences.

But then, as neuroscience started infusing it, the field got really hot. It became a way to look at nature versus nurture, a potential model for how a biological system interacts with an experience like child abuse. People were excited because it was sort of a double whammy.

You had a great way to ask basic science questions about human development and how people become the way they are. And there also were practical, clinical and applied educational implications, because this was a public health problem. The idea was, if we can figure out the mechanism, we may find a target for intervention in kids that have had these terrible experiences.

Q: How well has that worked out?

The problem is that researchers started embracing neuroscience-based methods for studying the human brain and its functioning, but they stuck with the old style of questionnaires from the 1980s and 1990s. It was like we got all this specificity with neuroscience, but we were using these really blunt, unsophisticated instruments that put children into adversity categories based on checklists measuring how many bad things have happened in their life, whether their mom went to college or what the family income was.

There are thousands of papers reporting that “adversity” affects the brain, but the effects they find are all over the place because of these sloppy, imprecise, fuzzy ways of measuring children’s experiences. It’s unlikely that a broad variable like whether your mother went to college is going to be specifically tied to a neural system.

A happy, carefree childhood or a stressful, disruptive one? Objective measures of hardship don’t capture the individual child’s truth, making it hard for researchers to determine the long-term effects of adversity.

Much of the research is modelled on classic studies in neuroscience showing that, for example, blocking vision in one eye early in life affects the visual cortex of kittens. But there’s a big difference between that kind of very precise study and asking, in a broad way, what a child’s parents were like and expecting to see a measurable effect in the brain.

But also, there is a lot of individual variability in how different kids respond to adverse circumstances, and these methods do not capture it. From animal studies, we know that when two mice encounter a predator, one can have a fight response and the other can have a flight response. Brain imaging in those two animals will show very different patterns of activation, yet they’re both encountering the same event.

The same goes for people. To understand how a life event affects someone’s brain, we have to dig into how that individual perceives it, not tabulate experiences that researchers have decided are stressful.

I think the challenge here is that we’re asking scientists to move away from the instruments and approaches that they’re familiar with and that are accessible and easy to use. Most people in the field agree with the point that I’m making, but many get hung up on not knowing what they should do instead. And I understand that.

A commentary I co-authored last year describing the need for this shift was the hardest paper I’ve ever had to write. It was hard to come out in print and say, after 25 years of work, that we have all been doing it wrong.