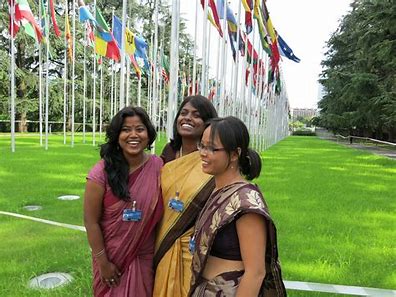 By the 1970s, the government had settled on the 15 per cent quota for Dalits that’s still in place today. Caste discrimination, however, continued. Sitting on his balcony in Pune, Kale described how casteism followed him on his path to higher education.

When he was 26 years old Kale joined the School of Life Sciences at New Delhi’s Jawaharlal Nehru University, alongside about 34 other incoming doctoral students. At the time, a committee of teachers at the school would review the students’ records and assign each to a PhD supervisor to mentor them through graduate school. Kale did not get a mentor because he was a Dalit or Untouchable or lower caste.

As a small child, he studied in a public school with only one teacher. When the teacher died of cholera, the school closed. Kale walked to a nearby village every other Sunday to meet the headmaster of a bigger school there and ask when he’d get a new instructor.

Eventually, the headmaster, who was Dalit, invited Kale to join his school and stay with him. “He really treated me like his son,” said Kale. He would later dedicate his PhD thesis to the headmaster.

When Kale was in the sixth grade and attending a new school, a teacher invited him over to take special classes at his home. When Kale arrived, the teacher’s wife was going to offer him some food in a “tasla” – an iron pan that labourers use to carry mud – instead of a plate. Kale refused both the meal and the classes. But he kept getting grades so good that he eventually won admission to Milind College of Science – part of a group of colleges founded by Bhimrao Ramji Ambedkar, a Dalit leader and lawyer who is sometimes compared to Martin Luther King Jr.

In the late 1940s, a couple of years before Milind College opened, the Indian government began planning to set up a network of exclusive technical institutes to train engineers and scientists who would help build a new India.

The first branch of the Indian Institute of Technology or IIT, opened in 1951 near Kharagpur and the government soon termed the schools “institutions of national importance.” At the time, a government committee described advanced scientific research as the work of a “few men of high calibre,” the Harvard University anthropologist Ajantha Subramanian writes in The Caste of Merit, a study of caste and engineering education in India.

IITs were highly selective, and upper-caste Indians quickly dominated their ranks, despite the official reservation policies. In the early 1970s, when Kale was applying to graduate schools, he didn’t seriously consider IITs, which he said looked like “closed spaces.”

Instead, he enrolled in Marathwada University, in Maharashtra state. Part of a wave of new, more democratic state institutions, the university had become a fertile ground for student movements. It has since been renamed in honour of Ambedkar.

Kale decided to study chemistry, partly because he thought that could get him a job as a chemical engineer in the fast-industrialising country. As the eldest sibling, Kale wanted to support his family as soon as possible. But at same time, he said, “I had an internal desire to get as much education as I can and the highest honourable degree.” So instead of heading straight into the workforce, he began considering doctoral programmes.

Kale used some of his saved-up scholarship money to buy a train ticket to New Delhi, where he would take the PhD entrance exam for Jawaharlal Nehru University or JNU, which attracted students for its interdisciplinary approach, and where Kale’s battle against institutional casteism would begin.

A few weeks after the JNU faculty failed to match Kale with a PhD supervisor, they offered him a mentor in a different field from the one he hoped to study. He began contemplating what to do next. He learned that Araga Ramesha Rao, a radiation biology researcher, had worked at a cancer research institute in Mumbai, a field he wanted to pursue. Kale managed to arrange a meeting.

After several discussions Rao, who has since died, agreed to supervise the aspiring scientist. He did so, Kale said, despite the advice of an upper-caste colleague who urged Rao to avoid mentoring a Dalit student. Kale was careful to clarify that various upper-caste colleagues, like Rao, supported him throughout the years.

Alok Bhattacharya, who later joined the school as an associate professor, and belongs to an upper caste, said experiences like Kale’s are not uncommon, and that the only form of discrimination he has observed in his career is that the “lower caste” students faced difficulty in getting a supervisor: “They are the last ones to be picked.”

Kale completed his PhD in 1980 and the school hired him as an assistant professor the next year. But Kale had to wait 17 years to become a professor, much slower than some of his upper-caste peers.

But Govardhan Wankhede, a Dalit sociologist and former dean of the School of Education at the Mumbai-based Tata Institute of Social Sciences, believes that Dalits tend to face more delays, something he said he has experienced first-hand.

According to Dhar, there’s little data analysis on caste-based discrimination in promotions – a gap, he said, that he hopes future research will address.

As Kale was waiting on his promotion, he was also waiting to get a lab to advance his research on making radiation therapy more effective in cancer treatment. While administrators gave most of his upper-caste peers their own laboratory space, Kale said, he worked out of a small corner office with broken furniture.

When a senior professor vacated his lab to move to a bigger one, Kale declared the space his own. The ploy worked. “You have to have decency for some time, but not beyond certain limit. If it is your right, you have to snatch it,” he said. “We cannot wait.”

Over the years, Kale held several positions, including dean of students and head of the equal opportunity office at JNU. He would invite Dalit students from his and nearby villages to stay with him, helping them navigate the admissions process for universities. Kale also became the chairperson of the Indian Institute of Dalit Studies in New Delhi, and served on a government committee on Dalit and Adivasi reservation in universities.

Despite his success, all through his career, Kale said, he has feared just one thing – making mistakes. He and several Dalit researchers described experiencing a constant internal pressure to prove themselves in institutions dominated by upper-caste researchers who think Dalits don’t deserve to be there.

“If I do a mistake, it is not my mistake,” said Kale. Instead, he said, it would be labelled “the mistake of the community.”