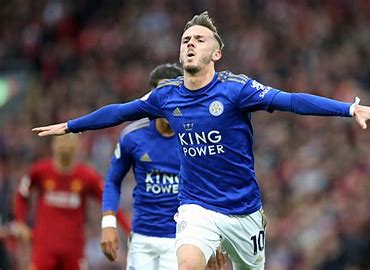 Arsenal are said to be in advanced discussions with super-agent Jorge Mendes about signing of Ruben Neves from Wolverhampton Wanderers in the summer transfer window, reports in England say.

The intensified pursuit of Mendes was made pubic at a time when other reports said the Gunners were prepared to do anything to bring James Maddison to North London from Leicester City. The move for Maddison has a sweetener – $277,000 per week – that is twice what he currently earns. The Daily Star reports that Leicester City plans to demand $111 million as a way of fending off top English Premier League clubs.

According to The Sun, Arsenal, which in the current transfer window has been linked to more than 50 players, are keeping tabs on Neves ahead of a potential swoop to sign the Portuguese midfielder.

The report adds that Mendes is in constant contact with Arsenal sporting director Edu about trying to get a deal over the line for the Portuguese star. According to the same story, Wolves have set an asking price of £35 million ($48.5 million) – and that is proving problematic in the north London side’s pursuit of the box-to-box midfielder.

The Sun says further that Tottenham manager Nuno Espirito Santo remains a huge fan of the Wolves midfielder, thanks to their fruitful working relationship over the past couple of seasons.

The ex-Liverpool boss was asked for his thoughts on once calling his former rivals a “small club”. However, the report plays down the chances of Tottenham rivalling Arsenal in the race to sign the Portugal international ahead of the 2021-22 Premier League season.

The 24-year-old has scored five goals and has made one assist in 36 games in the Premier League last season. Neves has blossomed into a top midfielder in the Premier League following his four-season stint at the Midlands club so far. The Portuguese star played three seasons at FC Porto before moving to Wolves in 2017.

The Daily Star says Arsenal are prepared to offer Maddison a bumper £200,000 ($277,000)-a-week contract to prise him away from Leicester as Gunners manager Mikel Arteta looks to secure playmaker this summer after failing to nail down Real Madrid’s Martin Odegaard, who was on loan at the Emirates last season.

According to the Daily Star, Arsenal are preparing a huge contract offer for Maddison to lure the Leicester City playmaker to the Emirates. The wage offer could double the England international’s earning, although Leicester will not let him go on the cheap.

Leicester are expected to slap a huge price tag on Maddison to thwart interest from Premier League big six clubs, including Arsenal. There have been positive indications from the player’s camp as the Gunners believe the playmaker would be open to a move. Leicester want more than £80 million ($111 million) for the 24-year-old, while Arsenal are expected to pay what it takes to bring the player to North London.