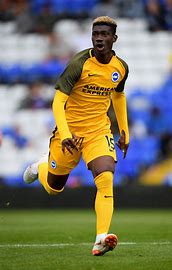 Arsenal FC’s options have been boosted with reports that Grant Xhaka may not be leaving the Gunners this summer, with fresh reports linking Mali international Yves Bissouma with a move to the Emirates.

Arsenal fans will be encouraged with the prospects of Albert Sambi Lokonga, who is already in London to seal a move to London from Belgian club Anderlecht, will be an option in the midfield where the team struggled in the past two seasons.

Arsenal manager Mikel Arteta has also sanctioned a move for Italian Manuel Locatelli from Sassuolo with an improved offer of €40 million ($47.2 million) despite the player expressing a desire wish to move to Juventus. Locatelli has long-been said to be favouring the move to the Old Lady.

Two weeks after the Gunners were said to be the only club to have made a “concrete offer” for his signature, he still remains with the Neroverdi. The 23-year-old is on holiday at the moment, but the Gunners now look to be upping the tempo as they look to beat the Italian giants to Locatelli’s signature, with Tancredi Palmer claiming that Arsenal have lodged an offer of €40 million.

In London, Arsenal have been given all the clear to sign Brighton star Yves Bissouma after Liverpool’s interest in the midfielder reportedly cooled. It is said the Reds would prefer to bring on board Portuguese Renato Sanchez this summer, which gives the Gunners a clear run-in for the chase of the Mali international. Although the Gunners will see Albert Sambi Lokonga being added to the squad, they are believed to be in market for another box-to-box or a defence minded type of player.

At the same time, the London side that is heavily linked with Wolves’ Ruben Neves must decide whether to cough up €35-40 million ($41-47 million) The Wanderers have slapped on the player. Recent reports suggest Arsenal are reluctant to pay Wolverhampton are demanding, which means the Gunners will switch interest Yves Bissouma. There are already among the Arsenal faithful to sign the 24-year-old, even though majority of them would still prefer Locatelli.

In the meantime, the big Arsenal transfer rumour at the beginning of the transfer window was the announcement that Jose Mourinho had made Granit Xhaka his priority signing for Roma when he was appointed the coach. But Xhaka was at the Euros with Switzerland, and at the start of the tournament he made it clear that there would be no transfer discussions while the tournament was in progress.

In fact, what he actually said was “there are always rumours at the end of the season, that’s for sure… But I still have a two-year contract in London and I am very happy with my family here…First of all, I’m looking to a successful Euro 2020 with the national team.”

The statement was neither confirmation nor denial that a transfer was in the offing.

Xhaka went on to have a great tournament with his country, but he was constantly asked about the Roma links, especially when the Swiss were playing their quarter final in the Italian capital. He was actually asked if he was going to do the interview in Italian and he laughed at them, and this is how The Sun reported it.

And Xhaka, 28, was asked on Monday night if he will soon be answering questions from the press in Italian. He laughed and replied, “Not yet…It is always interesting to learn a new language…Let’s see, everyone knows what Roma represents…Now I am an Arsenal player, I will speak after the tournament.”

Then in the next interview, he made yet another joke… “As you can see, Granit was simply winding up the Italian media, as he knows.”

The midfielder, who slotted in defence when the Arsenal was hit by injuries, now says he is happy in London, where his family lives and is keen on seeing out his contract, which lapses in 2023.