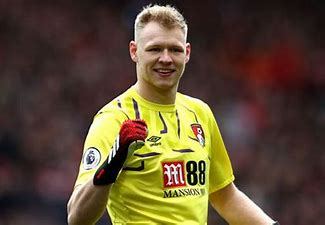 Arsenal goalkeepers Aaron Ramsdale and Bernd Leno are at peace with each other, despite swapping berths

Aaron Ramsdale says Bernd Leno is “perfect” with him despite displacing his Arsenal teammate as No.1 goalkeeper. Ramsdale arrived at the Emirates in the summer after Arsenal struck a deal worth up to £30 million with Sheffield United to sign the 23-year-old.

Although Leno, 29, started in the defeats to Brentford, Chelsea and Manchester City at the beginning of the season, Ramsdale has become Mikel Arteta’s first-choice stopper since then.

Ramsdale has earned widespread praise for a string of top saves and his commanding presence at the back for the Gunners. The former Bournemouth “keeper was also rewarded with his first senior England cap in a World Cup qualifier against San Marino last month.

Despite Leno being replaced as No.1, Ramsdale has insisted that he and his counterpart have a solid working relationship.

“It can be tough,” Ramsdale told The Times. “It’s the hardest position on the pitch – there’s only one place. He’s been the standout for a number of years. At the moment, I’ve got the shirt but he’s perfect with me every day and I’m loving having him with me.”

Ramsdale’s transfer in the summer transfer window sparked backlash from sections of the Arsenal fanbase, with some questioning the transfer fee the club shelled out. But after seeing the initial criticism, the goalkeeper made the decision to turn off comments on his social media platforms.

“I saw the backlash,” he admitted. “That’s when I made the decision to turn comments off, notifications off for people I don’t follow on Instagram and Twitter. People can tag me but I won’t see it, so it won’t come up on my feed.

“When people were saying I was getting a lot of stick and abuse, I said, “Am I?” Because I didn’t really know and I didn’t really care because, yes, I’ve been relegated twice but the way I looked at it was two years of completely different experiences to other people at 23 [years old].

“It’s me and ten other people on the pitch.”