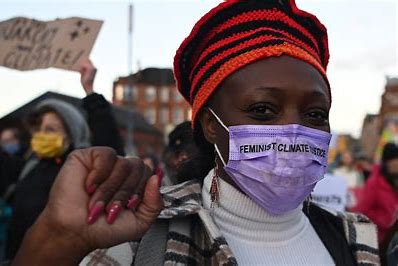 Minister from the 200 countries that took part in the 26th conference of Climate Change (COP26) in Glasgow, Scotland, face stinging criticism for failure to agree on whether to create a “loss and damage” fund, a kind of insurance policy that would compensate climate-vulnerable countries for damage resulting from emissions that they did not create.

But the COP26 deal includes plans for an office connected to the United Nations – known as a technical assistance facility – that will continue to research the idea.

“On the ground, it is clear that countries are suffering loss and damage from climate change as we speak, and these costs are being borne disproportionately,” says conservationist Malik Amin Aslam, Pakistan’s minister for climate change. He is confident that such a fund will be created eventually, but thinks that there will be many more discussions first.

COP26 negotiators also finalised the rules that govern international cooperation and carbon markets, ending a prolonged debate over how to implement this part of the 2015 Paris climate agreement. The new rules create an accounting system that is intended to prevent double-counting of emissions reductions.

When one company or country invests in emissions reductions that take place in another, for example, the new framework ensures that the reductions are only recorded once when reported to the UN.

Most scientists and environmentalists applauded the outcome. “It’s basically as good as one could hope for,” says Robert Stavins, an economist at Harvard University in Cambridge, Massachusetts.

A common accounting framework will enable separate trading schemes, such as those currently operating in Europe, China and parts of the United States to connect with each other, creating a more international market.

Although the final text references the rights of Indigenous peoples who manage vast tracts of threatened tropical forest, some activists question whether the new rules go far enough.

“We will have to watch closely the implementation of this new carbon scheme, as references to the rights of Indigenous peoples are relatively weak,” says Jennifer Tauli Corpuz, a lawyer from the Igorot people in the Philippines and chief policy lead at the non-profit advocacy group for Indigenous peoples, Nia Tero. “The good news is that we have more protections than we would have had under the rapidly growing voluntary carbon market.”

A recent analysis of the climate commitments put forward before COP26 estimated that the world would save around $300 billion annually by 2030 if a global carbon market were in place. If those savings were reinvested in climate mitigation, it would more than double the projected annual emissions reductions in 2030, says James Edmonds, a co-author of the analysis, and a climate scientist at the US Department of Energy’s Pacific Northwest National Laboratory and the University of Maryland in College Park. “There are tremendous opportunities here,” Edmonds says.

Although COP26 resulted in a final deal, the meeting drew criticism that many representatives of different non-governmental groups – including researchers – were prevented from observing the discussions.

There were nearly 12,000 such representatives categorized into nine constituencies, such as business, young people and researchers. Tracy Bach, an environmental lawyer who co-leads the researchers’ group Research and Independent Non-Governmental Organizations, says that for much of the conference only one representative from each constituency was allowed to observe negotiations inside the rooms. At previous COP summits many more observers have been permitted, she says.

The UK government had previously said that COP26 was the most inclusive COP summit ever, because around 40,000 people (including government delegates) were allowed to attend, compared with the 22,000 at COP25 in Madrid.

“Most observers came to COP to engage in the negotiation process,” Bach says. “Giving more people a badge [to enter the conference centre] without letting them directly observe the negotiations is not engagement and does not make this COP necessarily more inclusive,” she adds.

Patricia Espinosa, who heads the UN climate convention secretariat in Geneva, told the meeting that the experience of observers at COP26 will be reviewed immediately “to ensure greater inclusivity moving forward.”