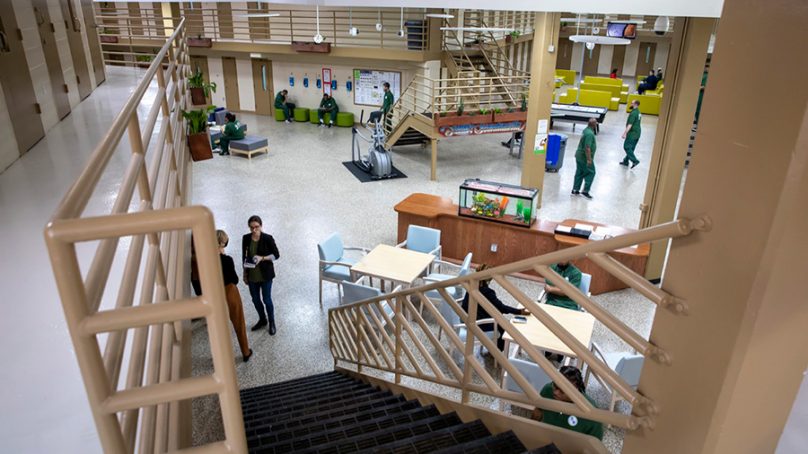 In the spring of 1968, with crime rising at alarming rates across the United States of America, Republican candidate for president Richard Nixon gave a speech in New York City outlining his solutions for America’s lawlessness.

Nixon’s sentiments were early signs of a new “tough on crime” mentality that took hold in the United States during the 1970s. In the decades since, many policymakers have pushed harsher penalties and mandatory minimum sentences in the belief that swift and certain punishment is key to public safety.

This mentality has contributed to America’s sky-high rates of incarceration: The US has more people per capita behind bars than any nation in the world – almost two million people at present.

And while imprisonment may well provide punishment and sequester criminals away from public life for a time, that may be all it does: A large body of research finds that spending time in prison or jail doesn’t lower the risk that someone will offend again. In some instances, it actually raises the likelihood that they will commit future crimes.

“We do spend a lot of money and we engage in a lot of deprivation of liberty, and the return on that is pretty low,” says Charles Loeffler, a criminologist at the University of Pennsylvania.

The question now is, how can we make our criminal justice system more productive?

One important step, says Loeffler, is to be smarter about whom we incarcerate, saving jail and prison for people who are a true public safety risk but avoiding imprisonment in situations where it’s likely to worsen crime.

Equally important is changing how we incarcerate people, by implementing programmes aimed at reform rather than punishment, he says. Whether they’re education courses, meaningful work opportunities or specific types of therapy, evidence suggests that rehabilitative programmes can significantly reduce criminals’ risk of committing future crimes.

Many people say authorities do such a poor job with incarceration that we should just do less of it, says Loeffler, who provides an overview of the research in the 2022 Annual Review of Criminology.

“An even better policy would be, can we use less of it, but when we do use it, can we do it differently?”

The United States began sending dramatically more people to jail and prison in the 1970s with an expectation that it would reduce crime. But crime rates didn’t begin falling until after 1990. Even after crime rates began to drop, incarceration rates continued to climb.

The theory that time behind bars will deter crime has its roots in the 18th century, when Italian jurist Cesare Beccaria and English criminologist Jeremy Bentham developed the idea of the rational criminal. They argued that all criminals are logical – that they analyse the costs and benefits of committing a crime and proceed only if there’s a net gain.

If punishments are swift, certain and proportional to the offence, they theorised, would-be criminals will conclude that crime doesn’t pay.

Beccaria’s and Bentham’s ideas fell out of favour by the second half of the 19th century, but were revived in the late 1960s by American economist Gary Becker. Becker’s work came as the United States was experiencing a massive crime wave, with violent crime in particular rising 126 per cent in just one decade.

The theory of the rational criminal suggested a solution, and helped to spur the “tough on crime” policies of the 1970s and 1980s that spawned a dramatic increase in the number of people serving time in US jails and prisons.

Yet there were already some hints that jail and prison might not deter crime. In the 1930s, observations by sociologist Clifford R. Shaw suggested that bringing criminals together could promote bad behaviour among troubled people leading to more crime rather than less. He wrote of prison as a “house of corruption” in which criminals might learn new techniques from each other. The work of other scholars in the 1950s and 1960s heightened this concern.

In 2015, for example, an analysis by Swiss researchers looked at 14 studies that compared what happened when criminals were put behind bars to what happened when they were given some other sentence, such as probation or electronic monitoring, that allowed them to stay out of jail or prison. The researchers found that crime rates were just as high for people who’d spent time behind bars as for those who hadn’t.

In 2021, a much larger analysis of 116 studies reached a similar conclusion: Spending time behind bars either didn’t affect a person’s future crime risk or slightly increased it, compared with people who received a sentence that didn’t involve imprisonment.

That finding held true for men and women, young people and adults, people who served time in county jails and those housed in state prisons. In no situation did time behind bars reduce a criminal’s risk of future crime, Damon Petrich of the University of Cincinnati reported in the journal Crime and Justice.

It’s possible, of course, that the people who are sentenced to serve time are more likely to commit crime in the first place – in other words, maybe they get put behind bars precisely because judges recognize that they are a crime risk.

That could explain the small increased likelihood that a person will commit future crimes after spending time behind bars. To tackle this question, Loeffler and his Annual Review co-author Daniel Nagin, a criminologist at Carnegie Mellon University, collected a set of 13 carefully designed studies looking at court systems that did things differently: They randomly assigned criminal cases to judges within the court (in other court systems, case assignment isn’t random).

If the future crime rate ended up lower for people sentenced by lenient judges than by judges who sent more people to jail, it would be clear evidence that time in jail – not any quality within the criminals themselves – was making the difference.

When Loeffler and Nagin combed through the data, though, they found that the recidivism rate – the rate of future crime – was generally similar for the cases decided by lenient judges and those decided by more punitive judges. In other words, spending time in jail didn’t increase crime, but it didn’t decrease it either.