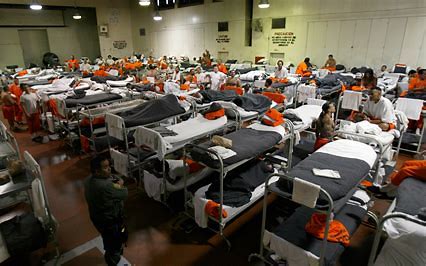 Charles Loeffler, a criminologist at the University of Pennsylvania and Daniel Nagin, a criminologist at Carnegie Mellon University, who co-authored 2022 Annual Review have revealed that specific situation where incarceration was consistently linked to an increased likelihood of committing a crime in the future: pretrial detention.

The finding was preliminary, Loeffler stresses, and more research is needed to confirm the effect. But the data suggest that people held in jail before trial have a higher likelihood of committing crime after their release than people who remain in the community before trial.

It’s not surprising that pretrial detention would have a crime-promoting effect, says Nazgol Ghandnoosh, a research analyst at the Sentencing Project, an advocacy organization working to end mass incarceration. Some people held pretrial are innocent or have committed only low-level offences that wouldn’t earn a jail sentence, yet they experience the negative effects of incarceration while awaiting trial.

“Holding them for a couple days, a couple months pretrial has devastating implications for their lives,” Ghandnoosh says. Many find it hard to keep a job, hard to keep their housing. Such outcomes for a minor offence or no offence at all, she says, makes it more difficult to live a law-abiding life and could tip people into crime.

The use of pretrial detention, in which someone is jailed before they have a trial, has increased substantially in recent years, and it disproportionately affects minorities and the poor. Evidence suggests that spending time in jail, rather than the community, while awaiting trail makes it more likely that a person will commit crimes after their release.

Pretrial detention is especially concerning because it disproportionately affects poor people. While wealthier people can typically post bail to get out of pretrial detention, people in poverty can’t. Pretrial detention also has lopsided impacts on people of colour: Black and Latino defendants are more likely to be denied bail or to have their bail set at a higher amount.

Existing research doesn’t address how jail time affects violent offenders, who make up over 40 per cent of the total US jail and prison population. When people are convicted of serious or violent crime, they’re almost always put behind bars, which means there aren’t good opportunities to compare the effect of jail time to an alternative sentence for this group.

“We know from other research that people generally don’t specialize in their offending. People just are offenders. They’ll do violent crime, they’ll do property crime, they’ll do drug offending,” he says. “If prison doesn’t work for one group, it’s probably not going to work for another group.”

Moving away from incarceration altogether isn’t realistic, because the purpose of jails and prisons isn’t just to reduce recidivism but also to incapacitate people who are a public safety risk. “Even if prison doesn’t make them a better person, you’re still stopping them from hurting other people while they’re in prison,” says Robert VerBruggen, a policy researcher at the conservative-leaning Manhattan Institute think tank.

However, the research on recidivism suggests that imprisonment doesn’t make a lot of sense for low-level crimes, and that doing away with it won’t harm public safety, says VerBruggen. “For certain borderline cases, where you have minor offenders, first-time offenders, that sort of thing, you should be careful about incarcerating those people when you don’t need to, because that can make matters worse,” he says.

Policymakers are gradually waking up to the need for change. In the last decade, many states have passed sentencing reforms or release policies to lower their jail and prison populations. The United States still incarcerates a higher percentage of its citizens than any country in the world, but these changes have helped to bring the total jail and prison population in the US down to 1.8 million, as of 2021, from a peak of 2.3 million in 2008.

Even more important than reducing our jail and prison population, though, is improving how we practice incarceration, says Loeffler. He and a growing number of other reform advocates point to rehabilitation in place of punitive sentences, a strategy that is proving successful in other countries.

In Norway, for example, rehabilitation – through high school or university education courses, meaningful work opportunities, drug rehabilitation, exercise, art programs and social welfare services – is a key component of life behind bars. A recent study found that spending time behind bars in a Norwegian prison reduces the risk that a criminal will commit future crime by 29 per cent.

The “Little Scandinavia” unit at SCI-Chester, a medium-security prison in Pennsylvania, is modelled after Scandinavian prisons that heavily emphasise rehabilitation and programs that help prisoners prepare for re-entry into society. The new unit was completed in May 2022.

Many other studies outside of Norway in the last few decades, probing programs from education and work skills to group counselling and drug treatment, have found that rehabilitation programs are quite effective at reducing a prisoner’s risk of future crime. For example, several studies have looked at the effects of educational and vocational programmes and have found that they can reduce recidivism by 10 per cent or more.

Others have examined drug treatment programmes and have found reductions in recidivism of 14 per cent or more.

Cognitive-behavioural programmes, which use individual or group therapy to help people learn to change the thinking patterns that result in destructive or criminal behaviours, appear to be the most effective of all.

A study reviewing a range of rehabilitation strategies found that cognitive-behavioural programmes in prisons consistently reduce recidivism by 15 per cent or more, with some leading to reductions of closer to 30 per cent.

It can be tempting to look at the failures of American jails and prisons and conclude that “prisons don’t work and they can never work,” says Loeffler. But there’s plenty of evidence that they can work – with the right approach.

“Other countries appear to be practicing incarceration differently and producing improvement in recidivism,” says Loeffler. “What is it we can learn from those places?”