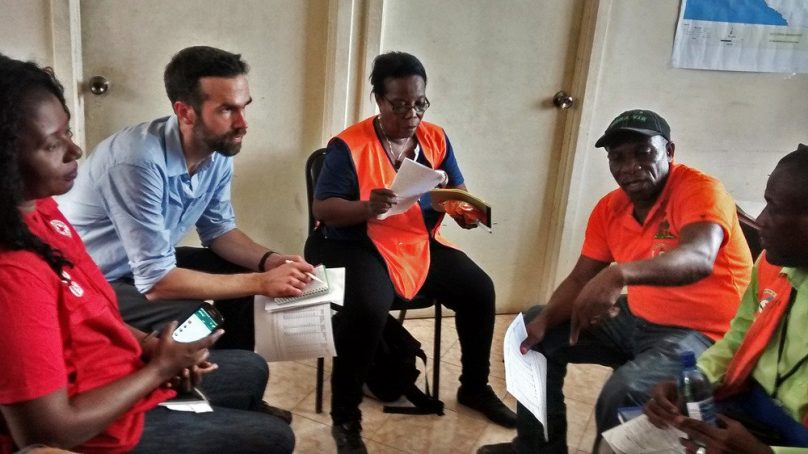 Several aid agencies have reported taking action to improve diversity, equity and inclusion since last year’s renewed push for racial justice, but aid workers say they haven’t felt the effects, according to two questionnaires circulated by The New Humanitarian.

The questionnaires assessed changes made within aid agencies since the Black Lives Matter movement re-emerged in 2020, driving a debate about decolonisation within the aid sector. They included questions about diversity, equity and inclusion (DEI) within the staff of aid agencies, but also asked about the broader localisation agenda.

The nine international NGOs whose management responded said they had introduced new policies, provided training, reviewed salary scales, and/or made DEI central to their strategies.

Many reported other signs of progress: The International Committee of the Red Cross (ICRC) has established an independent board of appeal for staff and made a diversity and inclusion data dashboard available to all staff. Oxfam Great Britain has appointed diversity champions in all recruitment panels and Save the Children UK has colleagues from under-represented groups giving reverse mentoring.

Mercy Corps is striking partnerships with historically Black colleges and universities and Hispanic-serving institutions for internships; and Médecins Sans Frontières (MSF) has launched a large-scale consultation process asking thousands of staff to define “the MSF we want to be”.

Several have produced DEI strategies, set targets for diversity within their organisations and established diversity and inclusion teams that report directly to the executive level.

But in a separate questionnaire that more than 150 aid workers filled in, two thirds said their organisation’s response to demands for greater racial justice has not been adequate; and 85 per cent said the actions taken hadn’t resulted in any change in their personal work experience.

The respondents do not necessarily work at the same organisations that filled out the institutional survey.

“Nothing has changed beyond rhetoric,” one aid worker wrote. “There is a lot of talk and internal consultation, but no real action (yet),” another wrote.

Forty per cent of aid workers who responded said they wouldn’t feel secure referring DEI issues to their management, and more than 20 aid workers said they had considered leaving their job in the last year due to racial discrimination.

One respondent said that when they reported discrimination they had witnessed, they were encouraged to keep quiet about it. Another said an audit of DEI in their organisation was “dismissed to protect leadership”.

The New Humanitarian invited 21 of the largest international aid agencies active in humanitarian response – including international NGOs (some of whom were country affiliates of larger networks) and UN agencies – to fill in the questionnaire. Seven organisations did not respond to an email directed to one or more of their staff; two declined to respond; and three shared statements instead of responding to the questions.

“The fact that you didn’t get as many organisations responding with detail… demonstrates that they don’t have in place real mechanisms to collect data on this information. Perhaps they don’t track it,” Lena Bheeroo, who leads anti-racism work at UK international development network Bond, told the Rethinking Humanitarianism podcast. “Perhaps they’re not at a position where they feel like they can be transparent about it. It really speaks to how much work needs to be done within organisations across the sector, still, more than a year on after the murder of George Floyd.”

The questionnaire for aid workers was circulated publicly and open to anyone to fill in. About one third of respondents were people of colour; more than two thirds worked at international NGOs; and almost one fifth worked for the UN.

The findings echo some of what Bond discovered in a broader survey of UK NGOs working internationally, conducted in 2020 and published in 2021. It found that despite DEI policies in place, high levels of racism were preventing people of colour from entering and progressing through the sector.

The Bond research noted that people of colour don’t have faith in their organisations’ work on diversity, equity, and inclusion. “Only 11 per cent of our survey respondents strongly agreed that their organisations were committed to this agenda,” the report said.

While the questionnaire focused on racial diversity, organisations defined diversity differently. Some considered it to include class and sexual identity, whereas others considered gender parity to be a central part of their diversity efforts.

The ICRC said all new hires to senior leadership positions were from countries outside the mostly rich country membership of the Organisation for Economic Co-operation and Development (OECD). Oxfam GB reported going from zero to five people of colour in the 40 top posts in the last three years. Save the Children International said half of the employees being trained in its leadership programmes for senior roles in country offices are people from a diverse background and women. CARE reported Black, Indigenous, and other people of colour increasing from 40 to 52 per cent in its leadership team in the United States, and from 26 to 42 per cent on its US board.

But overall, despite some recent momentum, leadership and governance teams remain largely unrepresentative of the people they serve.

British government, scientists made ‘fatalistic’ decisions that led to many Covid deaths – parliament