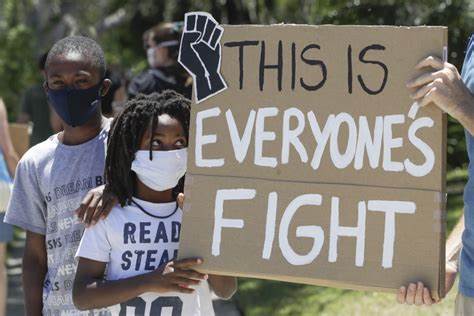 Allegations of discrimination and inequality based on race, gender or regions are consistent with the findings of a recent survey of 15 prominent international NGOs by the Centre for Global Development, which found that fewer than two per cent of board members had been impacted by a humanitarian crisis, and fewer than 20 per cent were from countries eligible to receive aid.

And while some organisations, like Mercy Corps, have set clear diversity targets (30 per cent of global senior leadership positions to be occupied by individuals who identify as Black, Indigenous, or person of colour or a citizen of Africa, Asia, Central/South America, or the Middle East by 2023). Others like MSF, do not track the racial identity of staff.

Other NGOs still were not forthcoming with data. The UN’s emergency aid coordination body, OCHA, noted in a statement provided to The New Humanitarian an “increased” proportion of its workforce comes from African and Asian backgrounds, but it gave no figures.

The UN’s refugee agency, UNHCR, said it had made “important progress” on improving race equality and equity, but it gave no details about the composition of its staff. The World Food Programme said its “extensive work to achieve a more inclusive workplace is well underway and already showing positive results”, but pointed to increases in the representation of women in the organisation and said nothing of racial diversity.

All three UN agencies declined to answer the questionnaire and instead sent statements. Many organisations noted that DEI has now become a priority at the highest levels, with CEOs taking personal responsibility for the agenda.

Several appeared clear-eyed about the journey to becoming “an anti-racist organisation”, as Save the Children UK put it.

“In the past, it was more ‘tick box’,” Care Australia wrote. “We are now moving to ensuring that issues of diversity, inclusion, overcoming unconscious bias or issues of Indigenous reconciliation are part of our DNA, not an add-on.”

Many of them acknowledged there was a problem – the ICRC noted “inherent power imbalances between international and national staff”; NRC said that “when it comes to DEI (diversity, equity and inclusion) in a broader sense [than gender], we have a way to go”; and Save the Children International said it had struggled to improve the representation of Black people at its headquarters.

Respondents were also cognisant that this work takes time: “Many of the actions underway related to human resource recruitment and development will take years to produce measurable results,” MSF wrote. And many noted that they had started this work well before the resurgent Black Lives Matter movement.

However, responses from individual aid workers – who were surveyed anonymously – were much more sceptical. It is notable that those who took the time to respond are potentially more likely to have had a negative experience.

One aid worker said “hypocrisy was even more evident”. Another said only “token and symbolic” efforts were made, and that they had quit due to the organisation’s reluctance to make any impactful change. A third said they were attacked for expressing concerns around DEI-related processes and performance. “Whilst people of colour are raising their voices, and perhaps opening up more conversations about discrimination, are they being heard?” Bheeroo asked.

Agencies pointed to several challenges in doing this work, ranging from the difficulty in fostering candid debate during lockdown to legal constraints on collecting data about ethnicity. Some agencies also mentioned the need for mindset change and cultural shifts.

By contrast, most aid workers surveyed said the largest obstacles to progress were a lack of organisational willingness and leadership not being up to the task.

Arnab Majumdar, who published this deeply personal testimonial of his experience of systemic racism at MSF in The New Humanitarian last year, told the Rethinking Humanitarianism podcast: “We’ve watched as the organisation has begun a series of fragmented initiatives across operational centres. While we acknowledge this, the lack of a movement-wide response is itself a source of staff confusion, and a signal that there’s little commitment to addressing fundamental structural inequalities like MSF’s two-tiered staff structure.”

“Leadership have provided lip service and no action. Information is hoarded, people are policed and threatened, no changes have been made. When issues arise, staff are told their experiences are incorrect. The workplace feels more unsafe than ever before. Tick box exercise. Zero tangible change. The hope is that the noise will disappear.”

“Leadership is not interested in self-reflection or change… Leadership regularly has 1-1 meetings with those who speak out telling them to change their tone, threatening them, or asking them to stop sharing feedback.”

“I am dehumanised on a daily basis in my job. To make matters worse, in the face of this undignified disrespectful experience, I’m constantly made to feel like I should be grateful that a white European organisation from the Global North has benevolently blessed me with the job.”

“As a white person, I haven’t suffered the indignity of racial discrimination, but I have witnessed it. And when I reported it, I was encouraged to keep quiet about it and told that I was making people feel uncomfortable by talking about it.”

A minority of staff respondents said recent discussions within their organisations have helped. One aid worker said it had compelled them to examine the ways they are perpetuating the problem. Another said the town halls held in their organisation had made them feel less alone. A third said a safe space had been created for them to open up and speak about their experiences.

Given its links to racial justice, the questionnaires also examined progress on localisation – the degree to which power has been devolved to the local level.

In a recent survey by the British Red Cross as part of research into decolonisation and racism, 20 per cent of respondents cited structural racism as responsible for the unequal relationship between local organisations and international aid organisations.

As Michael Barnett, professor of international affairs and political science at George Washington University, writes in the Washington Post, “humanitarian organisations won’t listen to groups on the ground, in part because of institutionalised racism”, which he argues became “coded” in the humanitarian sector through discussions about capacity building and “competence”.

In contrast to recent findings by the Overseas Development Institute that Black Lives Matter has forced an “urgent rethinking of current practices and relationships with local partners,” only two agencies who filled in The New Humanitarian’s questionnaire reported the increased focus on racial justice trickling down to increased funding, partnership or decision-making for local organisations.

When asked what needs to happen, aid workers called for: hiring people to lead diversity, equity and inclusion work internally; funding to enable organisations to engage DEI experts; meaningful pipeline and succession plans; and, above all, greater honesty.

“There needs to be a serious acknowledgement that to this point the organisation has been getting it wrong,” one wrote. Another was more direct: “Current leadership needs to step down. They have spent the past 15 years proving they are not interested in self-reflection.”

The organisations that provided statements in answer to our questions are the UN Refugee Agency (UNHCR), the World Food Programme, and the UN Office for the Coordination of Humanitarian Affairs (OCHA).