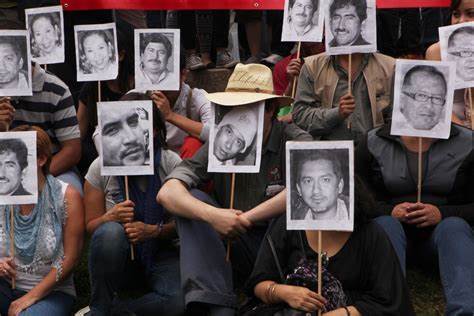 When the son of astrophysicist José Franco answered the door at their home in Mexico City in June, he didn’t know why an agent from Mexico’s federal prosecutor’s office was asking for verification that his father lived at that address. When he confirmed it, the agent left without explanation.

Franco, a researcher at the National Autonomous University of Mexico (UNAM) and former head of the Mexican Academy of Sciences, received no other information about why the agent had visited.

Then, in late September, Franco learnt from national newspaper articles that the government prosecutor was planning to charge him and 30 other Mexican academics and former government administrators with organised crime and money laundering.

The accused to whom Nature spoke deny the allegations. But the situation has garnered wide attention in Mexico, because such charges are typically reserved for narcotics traffickers, and are so serious that even just a formal accusation can result in incarceration in a maximum-security prison without the chance of bail until a trial is held.

Since the accusations came to light, the international academic community has rallied behind the 31 individuals. More than 50 universities and professional societies – including the US National Academies of Sciences, Engineering and Medicine (NASEM) – have written open letters and opinion pieces condemning the prosecution.

Thus far, a judge has refused to grant an arrest warrant and has rejected the charges, saying there isn’t enough evidence for a criminal case, but the prosecutor – whose office has not responded to Nature’s questions as to why they have attempted to bring such unusual charges in this case – has vowed to continue.

The accusations centre on a formerly independent scientific advisory board to the government called the Scientific and Technological Consultative Forum – or Foro Consultivo – that was largely funded by Mexico’s top science agency, the National Council for Science and Technology (Conacyt), and has since been brought under that agency’s auspices.

The prosecutor alleges that between 2012 and 2018, before current Mexican President Andrés Manuel López Obrador was in office, Conacyt and the Foro partnered to funnel 471 million pesos ($22.9 million) of the agency’s money into the Foro.

According to the prosecutor’s request for an arrest warrant, the 31 individuals linked to the Foro and Conacyt used these funds for travel, buying property, dry cleaning and other purposes not related to Conacyt’s mandate.

The accused academics and the judge have pointed out that at the time the expenses were incurred, Conacyt’s own constitution mandated that it pay for the advisory panel’s operating expenses as well as its research work.

Franco and the other accused parties also say the allegations are baseless, and the money was used for legal purposes such as buying an office for the Foro’s staff members and funding necessary travel to scientific meetings. Furthermore, since the Foro was founded in 2002, Conacyt has approved all its budgets and expenses, which the Foro says have been checked regularly by external auditors.

The accusations come at a time Mexico’s scientific community already feels under fire from López Obrador’s administration, the agenda of which has centred on austerity and eliminating corruption. The president has referred to the 31 former officials – and scientists more broadly – as a corrupt, elite group. Early in his administration, officials sharply curtailed funds for scientists’ travel to international meetings, and even to cover electricity for research centres.

Many scientists believe the latest developments are part of a fear campaign to silence researchers opposing government policies. “The situation is quite alarming,” says David Romero, a geneticist at UNAM in Cuernavaca who is not among the accused. “To apply those kind of charges [to academics and officials] hasn’t occurred before, and this has caused a lot of turmoil in Mexico.”

Academics fear that the case is already harming the public’s opinion of scientists in Mexico. “We share the concern of many members of the international scientific community that our Mexican scientific colleagues are being subjected to harassment and intimidation,” NASEM wrote in a October 6 missive to López Obrador. “In addition to the disturbing human rights aspects of their situation, we are worried that the actions against our colleagues may have a chilling effect on the broader Mexican scientific community.”

Those fears are also shared by the accused. “To some part of the public, we are already guilty of something,” Franco says. “Our names have been put in the spotlight and a lot of fear has been created, not only among us but among the whole scientific community.”

Romero, Franco and some of the seven other accused scientists and officials to whom Nature reached out believe that by reporting them to the government, Conacyt is trying to harm the reputations of individuals involved with the Foro, which had criticised budget cuts and other policies.

According to the judge’s ruling, in June, Conacyt sent the administration a complaint about possible corruption among former officials, whom the president described in a September 24 speech as a favourite group of the previous regime.

Neither Conacyt nor the government prosecutor have responded to Nature’s requests for comment, or to questions about the criticisms levelled against them.

Conacyt said in a press release that it had complied with its legal duty to report potential crimes and that it did not accuse any particular person. The agency said that it became aware of “irregularities” while building its legal defence when the Foro sued it over austerity-related funding cuts in 2019. Conacyt says its legal department reported these irregularities to both criminal and administrative authorities.

In the statement, Conacyt also decried what it alleges is a “wave of misinformation in the media” related to the allegations, intended to create confusion, polarisation and fear in the scientific community.

In August, before the scientists and the public knew about the potential charges, a judge at the country’s criminal court threw out the prosecutor’s request to have the 31 people arrested, saying that the prosecution had not supplied enough evidence to support pursuing a criminal case.

The prosecutor filed the warrant request again, only to have it rejected a second time on September 21.

Scientists say there has been discord between the Foro and López Obrador’s administration since long before the prosecutor attempted to bring the charges. For example, when Conacyt cut the advisory board’s budget in 2019 under austerity measures, the panel sued the agency and won a year of funding.

Conacyt subsequently brought the advisory board under its auspices, essentially stripping it of its independence. That is among many moves that researchers see as attempts to expand Conacyt’s political power since director María Elena Álvarez-Buylla Roces took office in 2018.

The agency has made other sweeping changes, including suspending scholarships for young researchers. Álvarez-Buylla has not responded to Nature’s questions on these matters.

“Researchers are very disappointed with the federal government because we have lost everything we have won” in terms of funding and support from previous administrations over recent decades, says Brenda Valderrama, a biotechnology researcher at UNAM in Mexico City and former science minister of the state of Morelos, who is not among the accused academics.

It’s a sign of how far the situation has deteriorated that “now we can be officially accused of criminal activities — the worst kind in Mexico”. Although it’s conceivable that Conacyt and the Foro might have made administrative errors, she says, that should be investigated by an administrative office, not a criminal court.

“It is grotesque,” says one of the accused researchers, a former Conacyt official who asked not to be named for fear of damaging their legal defence and who says that current agency officials are trying to distance themselves from previous administrations by accusing their predecessors of crimes.

The researcher says that they are struggling to sleep and that their family has been badly affected by the threat hanging over them, adding that “I’ve never been in that situation in all my life”.

What the government will do next is unclear, given that the judge has twice ruled in the academics’ favour. In a 22 September statement, the prosecutor’s office expressed disappointment with the rulings, and said it would attempt to issue arrest warrants again.