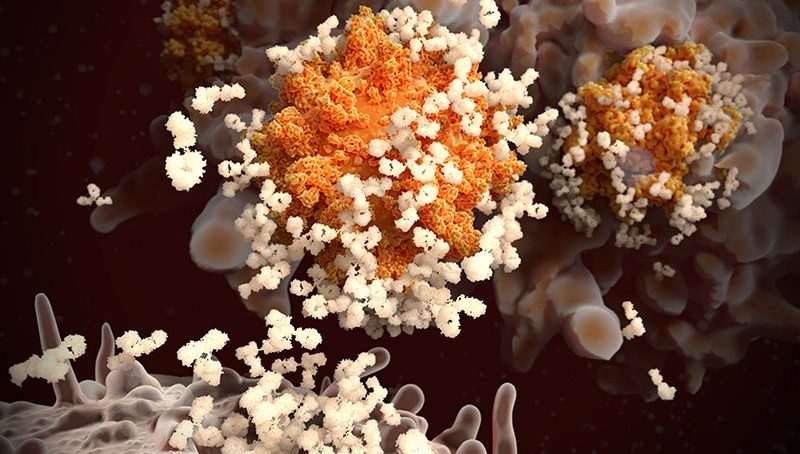 Around a year ago – before Delta and other variants entered the Covid-19 lexicon – virologists Theodora Hatziioannou and Paul Bieniasz, both at the Rockefeller University in New York City, set out to make a version of a key SARS-CoV-2 protein with the ability to dodge all the infection-blocking antibodies our body makes.

The goal was to identify the parts of spike – the protein SARS-CoV-2 uses to infect cells – that are targeted by these neutralising antibodies in order to map a key part of our body’s attack on the virus. So, the researchers mixed and matched potentially concerning mutations identified in lab experiments and circulating viruses, and tested their Franken-spikes in harmless ‘pseudotype’ viruses incapable of causing Covid-19.

In a study published this September in Nature, they reported that a spike mutant containing 20 changes was fully resistant to neutralising antibodies made by most of the people tested who had been either infected or vaccinated, but not to everyone’s.

Those who had recovered from Covid-19 months before receiving their jabs harboured antibodies capable of defanging the mutant spike, which displays much more resistance to immune attack than any known naturally occurring variant. These peoples’ antibodies even blocked other types of coronaviruses. “It’s very likely they will be effective against any future variant that SARS-CoV-2 throws against them,” says Hatziioannou.

As the world watches out for new coronavirus variants, the basis of such ‘super-immunity’ has become one of the pandemic’s great mysteries. Researchers hope that, by mapping the differences between the immune protection that comes from infection compared with that from vaccination, they can chart a safer path to this higher level of protection.

“It has implications on boosters and how our immune responses are primed for the next variant that emerges,” says Mehul Suthar, a virologist at Emory University in Atlanta, Georgia. “We’re flying by the seat of our pants trying to figure this stuff out.”

Not long after countries began rolling out vaccines, researchers started noticing unique properties of the vaccine responses of people who had previously caught and recovered from Covid-19.

“We saw that the antibodies come up to these astronomical levels that outpace what you get from two doses of vaccine alone,” says Rishi Goel, an immunologist at the University of Pennsylvania in Philadelphia who is part of a team studying super-immunity – or ‘hybrid immunity’, as most scientists call it.

Initial studies of people with hybrid immunity found that their serum – the antibody-containing portion of blood – was far better able to neutralise immune-evading strains, such as the Beta variant identified in South Africa, and other coronaviruses, compared with ‘naive’ vaccinated individuals who had never encountered SARS-CoV-22. It wasn’t clear whether this was just due to the high levels of neutralising antibodies, or to other properties.

The most recent studies suggest that hybrid immunity is, at least partly, due to immune players called memory B cells. The bulk of antibodies made after infection or vaccination come from short-lived cells called plasmablasts, and antibody levels fall when these cells inevitably die off. Once plasmablasts are gone, the main source of antibodies becomes much rarer memory B cells that are triggered by either infection or vaccination.

Some of these long-lived cells make higher-quality antibodies than plasmablasts, says Michel Nussenzweig, an immunologist at the Rockefeller. That’s because they evolve in organs called lymph nodes, gaining mutations that help them to bind more tightly to the spike protein over time. When people who recovered from Covid-19 are re-exposed to SARS-CoV-2’s spike, these cells multiply and churn out more of these highly potent antibodies.

Differences between the memory B cells triggered by infection and those triggered by vaccination – as well as the antibodies they make – might also underlie the heightened responses of hybrid immunity. Infection and vaccination expose the spike protein to the immune system in vastly different ways, Nussenzweig says.

In a series of studies, Nussenzweig’s team, which includes Hatziioannou and Bieniasz, compared the antibody responses of infected and vaccinated people. Both lead to the establishment of memory B cells that make antibodies that have evolved to become more potent, but the researchers suggest this occurs to a greater extent after infection.

The team isolated hundreds of memory B cells – each making a unique antibody – from people at various time points after infection and vaccination. Natural infection triggered antibodies that continued to grow in potency and their breadth against variants for a year after infection, whereas most of those elicited by vaccination seemed to stop changing in the weeks after a second dose.

Memory B cells that evolved after infection were also more likely than those from vaccination to make antibodies that block immune-evading variants such as Beta and Delta.

A separate study found that, compared with mRNA vaccination, infection leads to a pool of antibodies that recognise variants more evenly by targeting diverse regions of spike. The researchers also found that people with hybrid immunity produced consistently higher levels of antibodies, compared with never-infected vaccinated people, for up to seven months.