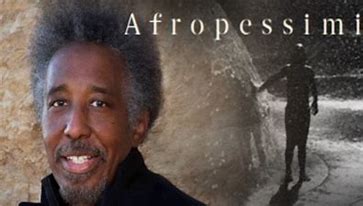 Afropessimism: You sure don’t catch hell because you’re an American; if you was an American, you wouldn’t catch no hell

Afropessimism is all the rage among millennial Black academics and activists – most notably among Black feminist critical race theorists, who themselves are now the prime targets of the MAGA crowd. Black intellectuals haven’t enjoyed this much pop currency among the right wing since Black Power took over buildings to demand Black studies in state universities and the Ivies 50 years ago.

Afropessimism’s recent emergence in the mainstream of Black political conversation could not have been better timed. Particularly for that critical race sistren group, given their issues with suddenly woke white America – especially their bête blanche, white academic feminists.

Here the grounds for suspicion are not gratuitous but experiential and statistical: 48 per cent of white women voted for Donald Trump. Beyond that tempestuous internal struggle between feminists of different hues, though, just what is Afropessimism? And why should you, dear reader, even give a good goddamn?

The titular Godfather of Afropessimism, Frank B. Wilderson III, states the case best in his 2020 book Afropessimism. In a nutshell – and consider this nutshell more kola-sized than pecan – Wilderson believes that the binary frame for the world’s pathological anti-Blackness shouldn’t be whites-versus-Blacks but “Slaves” (Blackfolk) versus “Humans” (white dudes, mostly).

In that construct, the structural violence legally inflicted on Black flesh on the antebellum plantation has been sustained into the 21st century.

According to Wilderson, Blackfolk have never transcended slave status to become human in the eyes of the law, and are therefore still subject to routine systemic violence by various white authorities – not just the police – and routinely treated as a population who have no constitutional or human rights.

Where Wilderson has proven most controversial, however, is not in ID’ing the usual pale-skinned-male suspect and source of global oppression, but in his opposition to what he describes as “mystifying analogies” drawn in multi-ethnic coalitions between Slaves and every other oppressed group we may find ourselves allied with. These include Indigenous folk, non-Black feminists and non-Black queer folk, Asians, even Palestinians. (Wilderson tells of a young Palestinian named Sameer he worked with at a security job who fell out of favour when he made a shocking revelation: In Palestine, there was nothing more disgusting for his brothers than to be stopped and frisked by Israeli police when the cop was an Ethiopian Jew. Wilderson’s realisation that Native Americans could be anti-Black came when his father met with a group of tribal leaders to help resolve a dispute with his university employers. During the meeting, a Native man shouted at Wilderson’s dad, “We don’t want you, a nigger man, telling us what to do!”)

As Wilderson sees it, our movement allies’ negotiations with the Humans never start with the assumption that they are nonhuman or slaves. To Wilderson, all non-Blackfolk – even those he personally loves, partners with and politics with – are “junior partners” of the Humans. Not least because Wilderson sees the junior partners’ oppressions as resolvable by a restitution of rights that we Slaves, still being legally violated as non-humans, have never had.

Most resonant is the point he makes that non-Blackfolks’ oppressions have a transactional potential to be remedied through wealth redistribution or restitution of land.

Whereas anti-Black violence, Wilderson argues, has since the plantation always been and remains gratuitous: random, reflexive and providing no benefit to the Humans other than to reproduce the slave status of Blackfolk by feasting on Black flesh. And it is this blood-feasting that Wilderson, in his most zombie-apocalyptic mode, argues that the rest of global society – Humans and junior partners alike – are dependent on for their own psychic and hierarchical coherence and continuation.

In other words, nobody wants to be the nigger no matter how oppressed they are, though as Mama Tate so eloquently liked to put it, “They want everything about being Black but the burden of being Black.”

Wilderson both critiques and refuses the critique of an alleged “Oppression Olympics” frequently hurled at Black activists in multi-ethnic coalitions. He notes – as he recently did in The Nation – that everybody in current multi-ethnic justice movement settings wants to feed off Black rage and expressive culture “as long as they don’t have to hear about Black suffering.”

That burden is what Wilderson underscores when he writes, as he did in the article Social Death and Narrative Aporia in 12 Years a Slave, that “Blackness is coterminous with Slaveness.” For Slaves, Humans, and junior partners alike, this post-George Floyd-martyrdom moment in the nation’s history – arguably as much a When They See Us awakening for Blackfolk as the Nazi concentration camp footage was for American Jewry – offers an embarrassment of riches to illustrate just how that burden sits in the world and weighs down on the bodies and souls of American-born Blackfolk.

Wilderson’s Afropessimism appeals powerfully to critical-race-and-gender-theory millennials because it provides both an ingenious analytical framework for Black oppression and a novel, weaponized language for blasting away at the silencing of Black suffering, Black trauma, Black despair, and Black depression by the junior partners in academia and progressive contemporary multi-identity coalitions.

Wilderson devoted several pages of his first memoir, Incognegro, to recounting the betrayal of Black feminist academics by white feminist academics at his college in San Jose once they’d achieved administrative power. In this aspect of his agenda, Wilderson recalls Frantz Fanon’s warning that Black revolutionary cohorts need to be wary of opportunistic comrades who don’t want to defeat their oppressors but instead merely replace them. Or the comedian Dave Chappelle, who has a bit where he tells a white woman that her only problem with white supremacy was that she didn’t get a big enough cut.

Extreme sisters: World’s ‘most identical twins’ want to get pregnant at same time with shared fiancé

Afropessimism: There are undergraduates who feel nothing ‘is going to stop these cops from killing us’