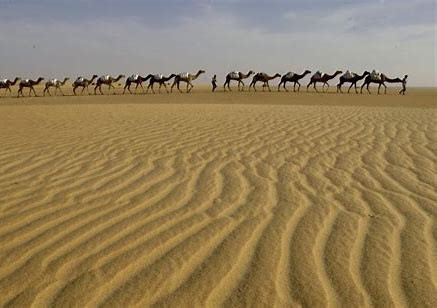 Africa’s ‘forgotten’ Sahel conflicts have claimed over 11,270 lives in the past 1o years – report

The Sahel – a 5,000 kilometre long strip of the African continent stretching from the Atlantic coast to the Red Sea – has become the most neglected and conflict-ridden part of the planet.

Millions of people have been displaced in the region. Mass murders and property destruction occur almost daily.

According to reports, around 11,276 people have been murdered in Mali, Niger and Burkina Faso since 2012. In the first six months of 2022 alone, about 2,057 people had been killed in the three countries.

The Sahel region stretches from Senegal in the west through parts of Mauritania, Mali, Burkina Faso, Niger, Nigeria, Chad and Sudan to Eritrea on the Red Sea. Arabic, Islamic and nomadic cultures from the north meet traditional cultures from the south.

Different kinds of conflicts arise in the region: religious insurgencies, civil wars and disputes between nomadic herders and sedentary farmers.

The conflicts between herders and farmers over water and grazing opportunities have been going on for decades. But they intensified during and after the droughts of the 1970s and 1980s when nomadic Fulani herders moved into communities where they had not grazed their animals previously.

The Fulani, also called Fula or Fulɓe, are among the largest ethnic groups in the Sahel. There are millions of Fulani in Guinea-Conakry, Mauritania, Guinea-Bissau, Mali, The Gambia, Cameroon, Senegal, Nigeria and Niger. They also live in Burkina Faso, Sierra Leone, the Central African Republic, Chad, Ghana and Côte d’Ivoire.

Some of these labels focus on the social identities and occupations of the groups. This gives the impression that the conflicts are only between non-state actors. But conflicts over agricultural resources like water have existed between state actors too, like Senegal and Mauritania in 1989.

Labels like farmer-herder conflicts or Fulani and Konkomba conflicts draw attention to ethnic identities and livelihoods. Consequently, the conflicts are incorrectly portrayed as a result of ethnic divisions and commercial disputes.

The shortcomings of these labels necessitate a neutral definition that includes more facets of these violent conflicts. They should not be defined as single-issue problems.

A better definition would shed light on overlooked factors that keep violent conflicts going – such as governments’ failures to deal with resource shortages, insecurity, and social and environmental injustices.

We undertook a conceptual study which analysed existing facts to produce fresh ideas. The study explored the literature on the conflicts between herders and farmers in the Sahel over water and agricultural resources and identified many names ascribed to such disputes.

We argue that giving names that emphasise the social identities of the contending parties or that represent the conflicts as single-issue occurrences not only impedes efforts to comprehend their causes but also obscures their vast dimensions.

Although the many labels may shed light on some facets of these conflicts, they hide many others. Other facets, such as social and environmental injustices and governmental failures, are essential to an informed understanding of these conflicts. An umbrella term is preferable to these multiple labels.

A label such as “herdsmen militancy” portrays herders as the perpetrators. Yet there are instances when herders have suffered great loss of lives. It is likewise inappropriate to refer to these conflicts as “farmer militancy”.

Using terms like “land-use conflicts” makes it sound like disputes over land use are only caused by competition over agricultural resources. The relevance of land goes beyond being a means of survival. It is a symbolic religious tool that links the past, present and future in most African communities. Land is used for burial and the dead are revered ancestors.

Conflicts over land in Mali and Ghana have been called “ethnic violence”. Such labels imply that the ethnic composition of the disputing parties may be the source of conflict. That a conflict is fought between two distinct ethnic groups does not always imply that ethnic diversity is at its root. The terms used may be hindering understanding of the causes.

We propose the use of the term “eco-violence” instead. It is neutral and takes the focus off the identities of the conflicting parties and what they do for a living.

Eco-violence is defined as conflicts in which competition for water and agricultural resources occurs within or between social groups or state actors. Such conflicts are made worse by state failure to address resource redistribution challenges, institutional failures, and environmental and social injustice.

The term highlights these broader dimensions of the conflicts.

This definition brings together some scholars’ ideas and recent findings from empirical studies on the conflicts in the Sahel. Using it will bring attention to issues like social injustice, resource capture and increasingly adverse climatic conditions.