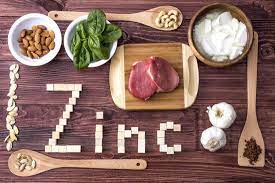 Zinc key to immunity: The mineral fights off infections, extent and consequences of its deficiencies is harder to pin down

Walk down the cold-remedy aisle of almost any pharmacy and you’ll see a shelf full of zinc supplements. Clearly, people must be worried that they’re not getting enough zinc, a nutrient often touted for its ability to quash the common cold and other respiratory illnesses.

But do many of us really need more zinc? And if so, what good does it do? As researchers learn more about how our bodies use zinc, they’re finding that the element plays a surprisingly key role, particularly within the immune system.

“We think zinc is a gatekeeper of immune function,” says Lothar Rink, an immunologist at RWTH Aachen University in Germany who recently co-authored an overview of zinc’s roles in the immune system in the 2021 Annual Review of Nutrition. And, although scientists still struggle to find good ways to measure zinc levels in the body, it looks as though many people may indeed not have enough zinc in their diet for full immune function.

Too little zinc is clearly bad news for your health. A severe shortage — often the result of a genetic defect or an extremely restricted diet — can cause myriad problems, such as stunted growth in infants and children, hair loss, roughened skin, delayed wound healing and weakened defences against infections.

But the extent and consequences of more subtle zinc deficiencies have proven harder to pin down. That’s largely because it’s extremely difficult to measure zinc levels accurately in people. Zinc is often on the move both inside and outside our cells. During an infection, for example, blood levels drop as zinc is siphoned out of the bloodstream into cells that help launch an immune response. Zinc levels can also be perturbed by diet, certain drugs and hormones, and health status.

For these reasons, although it is possible to detect zinc levels in blood, these measurements are often imprecise. And unlike iron, which is easily assessed by measuring levels of iron-containing blood proteins like haemoglobin and ferritin, there is no biomarker that can be used as an indicator of zinc levels. “There’s still no 100 per cent accurate way to measure zinc in a human being, especially if they have an illness of some kind,” says Daren Knoell, a zinc biologist at the University of Nebraska.

Currently, the best way to determine a potential zinc deficit is to look at someone’s dietary intake, he adds.

The most common cause of zinc deficiency is not getting enough zinc in your diet. But some groups may be at risk of deficiency due to higher nutritional requirements – during pregnancy, for example, or due to conditions that alter the body’s ability to absorb the mineral, such as Crohn’s and other gastrointestinal diseases.

Because of these limitations, most physicians diagnose zinc deficiency only if patients show symptoms of major deficiency such as rough skin or hair loss, Rink says. “But immune deficiency takes place much earlier, when you have a slight zinc deficiency.”

Researchers have found that zinc-deficient individuals are more vulnerable to infection than those with adequate levels of the mineral. Studies have shown, for example, that in healthy elderly individuals, zinc supplements reduced the frequency of infections. (The possible use of zinc supplements to help ward off Covid-19 is an area of active investigation, although the National Institutes of Health states that there is currently not enough evidence to say if it will be beneficial.)

To help better identify people who aren’t getting enough zinc, Rink is involved in a project aimed at helping clinicians and the general public better assess an individual’s zinc status by using an app to closely track their diet and supplement use.

From the data available so far, it appears that zinc deficiency is relatively common. Based on assessments of diet and the prevalence of stunted growth, a common consequence of inadequate zinc consumption during development, some studies estimate that around 17 per cent of the world’s population are at risk of zinc deficiency – and that in certain low- and middle-income regions, such as parts of South Asia, that proportion is as high as 30 percent.

Aging, genetics, pregnancy, illness and other factors all contribute to this shortfall, but diet is the main culprit, when individuals don’t eat enough zinc-rich foods such as seafood, red meat and nuts. Consuming too many phytates, substances found in whole-grain bread, cereals and other sources, can also be a problem. Phytates bind to zinc and prevent it from being absorbed into the body.

Even in the United States, about 15 per cent of the population lacks adequate levels of zinc in their diet, according to a 2020 assessment of more than 26,000 US adults by researchers at a supplement company. This may be particularly common among the elderly, largely due to poor diet. But it often goes unnoticed because most people don’t show outward signs of being zinc-deficient, according to Knoell. “But when things go wrong — you get an infection — odds are, you’re going to do worse than somebody who has sufficient amounts of zinc in their diet.”