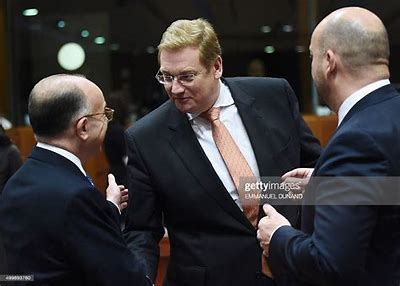 Built with French engineering, it was China’s first P4 laboratory, one of several dozen in the world with that highest security designation. Yuan, the director of the laboratory, had worked more than a decade to make it a reality.

Yuan and his colleagues at the Wuhan Institute of Virology (WIV) hoped they could help prevent another catastrophe like the SARS outbreak in 2003, which embarrassed Beijing and resulted in the dismissal of the health minister.

But just a couple of years after the P4 lab’s ribbon-cutting, China was engulfed in a far deadlier outbreak. Yuan’s team had not prevented it. And worse, some suspected that lab personnel might have been involved in its genesis.

Yuan has vociferously denied that the WIV had any part in the coronavirus pandemic’s origins. “The Wuhan P4 lab has never seen any laboratory leaks or human infections since it began operating in 2018,” Yuan said at a news conference in July.

Amid the scrutiny, the WIV has turned inward. Yuan said at the news conference that his team took a virus database offline because of “the large number of malicious attacks,” and he complained that he and his colleagues are under great pressure from rumours.

US intelligence agencies said in a report last month that the virus was not a biological weapon and that it’s unclear whether it originated naturally or from a laboratory-associated incident. The report said confirmation is unlikely without China’s cooperation, which Beijing withdrew in July.

For Yuan and his team, it means the cloud of suspicion lingers. After their high hopes, it’s a disappointment.

“Scientific collaboration in virology – it’s gone,” said a foreign researcher who has worked for years with the WIV and who spoke on the condition of anonymity because of the hostile political climate. “Now, the Chinese will not welcome foreigners because their view is you’re coming in to dig dirt.”

This account of the WIV’s 65-year history, its coronavirus research and its P4 lab is based on interviews with visiting scientists, lab audit reports, satellite images, archival records and other documentation. The WIV did not respond to requests for comment.

The P4 lab is located off an eight-lane road on Wuhan’s southern industrial outskirts, where factories give way to low mountains and farmland. The lab facilities cover roughly two football fields, on a tract of land 12 times as large, according to a June 2018 environmental safety audit report.

The building’s austere grey lines are softened by trees: From 2005 to 2015, when the lab was under construction, scientists would drive out on Arbor Day to add a few more saplings to the perimeter.

Based on the French P4 lab in Lyon, the building has four floors: waste management at the bottom; experimental labs and animal rooms on the main floor; and on the top two, apparatuses to ensure safe airflow, the report says.

Visitors called it state-of-the-art, in contrast to other, aging WIV buildings, where scientists wore coats indoors in winter because of scant heating.

The lab had “the newest technology, a huge complex,” recalled Boris Klempa, a Slovak Academy of Sciences researcher who visited in 2017.

Not everything there was meant for public eyes. When a reporter for the state-run Guangzhou Daily asked in 2018 what kind of viruses were being kept, the P4 lab’s deputy director, Song Donglin, replied that “disclosure of this kind of information must be controlled.”

WIV management has reminded staffers for years about state-secrets requirements and warned them to be wary of foreign spies.

Jean-Pierre de Cavel, a French expert who conducted safety training at the WIV in 2010, said the Chinese researchers hoped to use the new lab to study highly infectious diseases such as Ebola, Crimean-Congo haemorrhagic fever and smallpox.

“Their expectations were to have a powerful tool, to have a P4, like any other big country,” he said. “They wanted to have the best of the best.”

At a scientific conference in Barcelona in 1986, Danish researcher Ole Skovmand met a gangly Chinese scientist in his early 20s. His name was Yuan Zhiming, and he was studying how to kill malaria-carrying mosquitoes with Bacillus sphaericus bacteria.

Skovmand, 73, recalled that Yuan’s research at the time wasn’t cutting-edge. But it impressed Skovmand enough for him to help Yuan secure scholarships in France and Denmark. In Denmark, Yuan moonlighted as a cook in a Chinese restaurant and played ping-pong with Skovmand’s son, Skovmand said.

Yuan was outgoing and garrulous, said Christina Nielsen-LeRoux, research director of France’s National Institute for Agricultural Research, who met him in Europe two decades ago. Yuan would later reminisce about his time in Europe and occasionally gripe about having to set aside his research to focus on the P4 lab’s construction, Nielsen-LeRoux said.

“He said, ‘I miss that day we spent together. It was one of the best things in my life,’” she said.